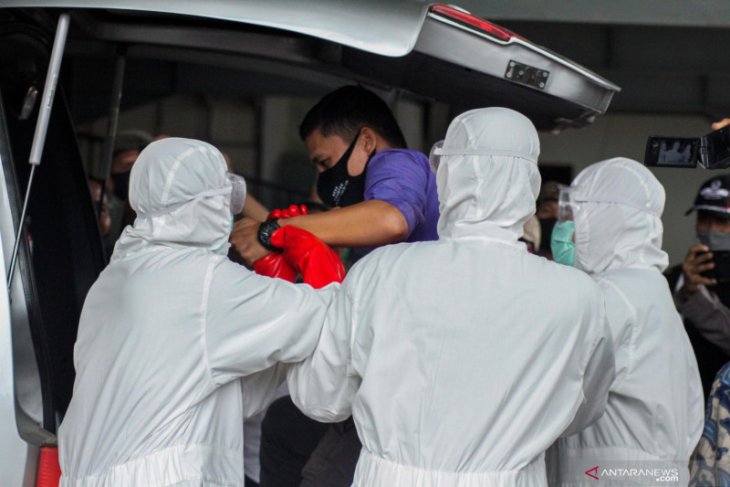 Aceh Provincial Task Force for the Acceleration of COVID-19 Response (GTPP) confirmed that no new case of COVID-19 was recorded in Aceh Province’s five districts and cities despite growing number of cases in other regions."Zero cases of COVID-19 were recorded only in Southeast Aceh, West Aceh, Aceh Singkil, Nagan Raya, and Subulussalam," the task force's spokesman, Saifullah Abdulgani, stated in Banda Aceh on Thursday.COVID-19 has spread to 18 districts and five cities in Aceh.Aceh recorded 45 new confirmed cases on Wednesday, following the spread of COVID-19 to Central Aceh."The first three cases of COVID-19 in Central Aceh were part of the 45 new cases reported from 11 districts and cities in Aceh," he noted.Of the 45 new cases, 11 were reported in Bener Meriah; eight in Aceh Tamiang; six respectively in Bireuen and Aceh Besar; four in Lhokseumawe; three each in Central Aceh and South Aceh; and one respectively in North Aceh, Southwest Aceh, Pidie, and Banda Aceh.The COVID-19 tally in Aceh reached 238 cases, including 132 people still receiving medical care, 94 people recovering, and 12 people, who succumbed to the disease, he noted.In the meantime, 43 Indonesian districts and cities have not reported a single case of coronavirus infection and remain free from the pandemic, according to the National Task Force on COVID-19 Response.“Hence, it turns out that when we delve deeper, there are still 8.4 percent, or around 43 districts and cities in Indonesia, which have never registered COVID-19 cases. It is (their COVID-19 case count) zero,” Dewi Nur Aisyah, a member of the task force's Expert Team, stated at a press conference in Jakarta on July 27, 2020.According to the task force’s data, 66.3 percent, or some 341 districts and cities, recorded below 100 cases until now."This means more than 50 percent of districts and cities in Indonesia (have less than 100 cases),” she remarked. (ANTARA)