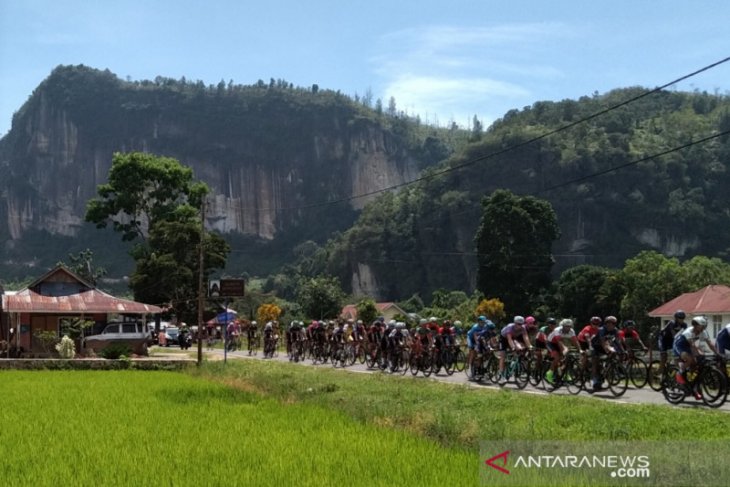 The 12th edition of Tour de Singkarak (TdS) was canceled this year owing to the COVID-19 pandemic though is planned to be organized next year by involving Sumatra’s provinces of West Sumatra, Jambi, and Riau."West Sumatra and Jambi are in it for sure. Now, we are inviting Riau to join. If there is an agreement, TdS XII 2021 will involve the three provinces," Novrial, head of the West Sumatra Tourism Office, stated in Padang, West Sumatra, on Thursday.The 12th TDS, bearing the tagline "connecting Sumatra," seeks to get more neighboring provinces involved in the sports event aimed at promoting tourism destinations on Sumatra Island.At a recent meeting of Sumatran governors, an agreement was reached to tap into the opportunity offered by TdS to promote their tourist attractions.Last February, the West Sumatra tourism office had sent a letter to the Riau tourism office pertaining to invitation to Riau to partake in the TdS event.The letter was followed by a visit of Taufik Ramadhan, secretary of the West Sumatra Tourism office, and Hendri Agung Indrianto, head of the West Sumatra section, to Pekanbaru, Riau.Last year, TdS 2019 was organized in West Sumatra and Kerinci District as well as in Sungai Penuh City in neighboring Jambi Province.The two regions were pleased at the successful implementation of TdS in their regions for the first time and were upbeat about hosting it again next year.The districts of Bungo and Merangin in Jambi also expressed interest in partaking in organizing the sports event."We are optimistic that several districts in Riau would also participate in the TdS 2021 event," he stated.Drawing inspiration from the two-century-old Tour de France, the TdS was first organized as part of the recovery program following a powerful earthquake that had devastated West Sumatra in 2009 in a bid to boost the tourism industry through a sports-based promotional activity.TdS has, until now, been viewed as being held successfully. A total of 224 cyclists, grouped in 21 cycling teams from 26 countries, including four domestic teams and one local team, took part in the 2018 TdS.  (ANTARA)