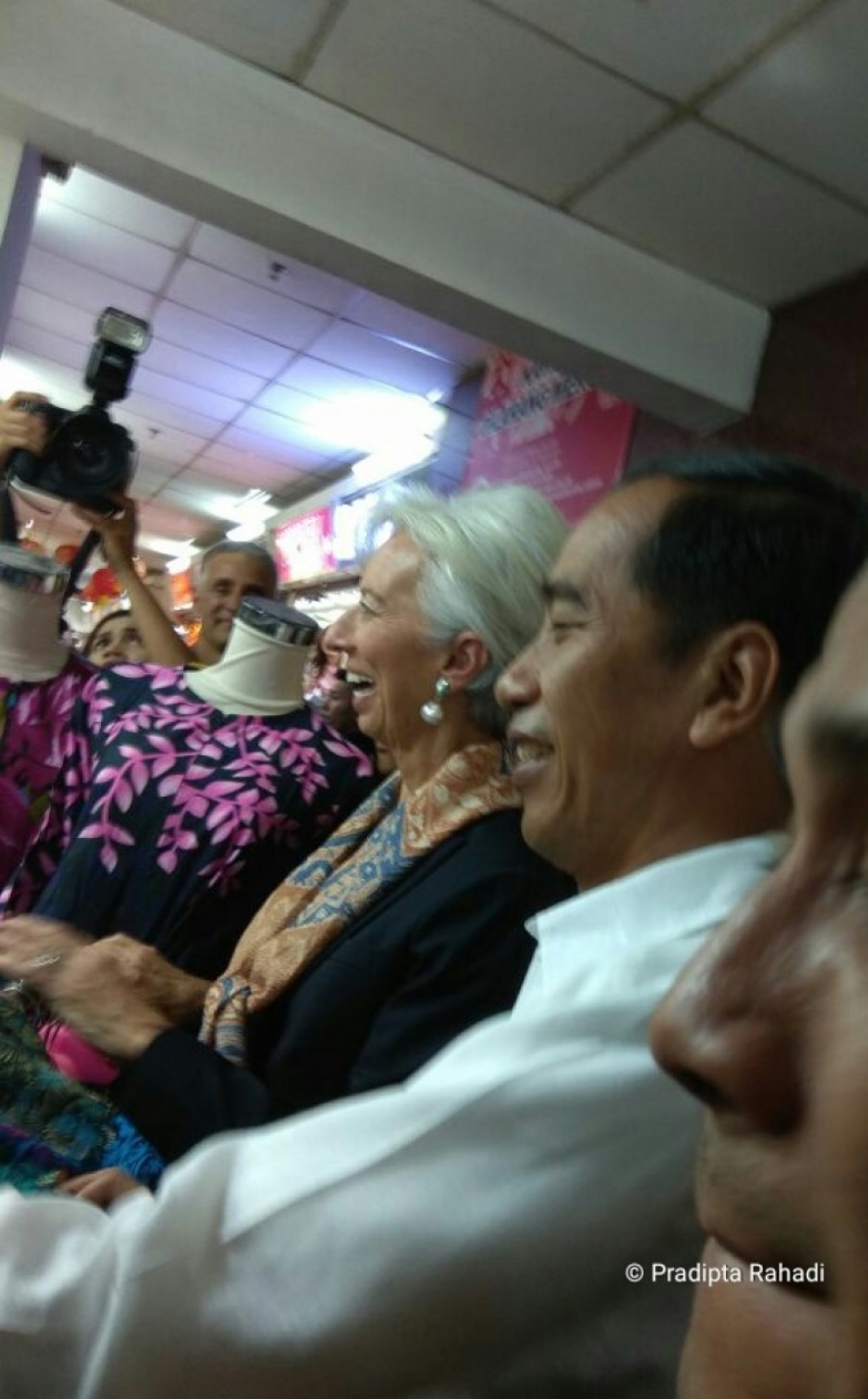 After the impromptu visit, Jokowi told Lagarde that at Tanah Abang Wholesale Center, there are about 19 thousand kiosks showing small, medium and micro business sectors in Indonesia.

"In fact, we have more than 19 thousand kiosks at Tanah Abang. It's a great power. So this will be a field experience for Mrs. Lagarde so that the economic design to be done can be in line with the economic policy of each country," explains Jokowi.

Meanwhile, Lagarde stated, that she was impressed by the boisterous Tanah Abang Market. She also advised and put the hope to the government of Jokowi to continue reform in various sectors.

"I convey to the President that the economy is very good in Indonesia. This economy is driven by consumption, investment and export, and the three economic machines are doing well. I am very impressed with the reform program led by President Jokowi. I hope that the President and his team will continue this reform program in other areas, such as infrastructure, education, and other social sectors," Lagarde said.

Jokowi also previously told Lagarde that there are so many small, medium, and micro business sectors in Indonesia. Jokowi also said that all these sectors are facing openness and economic digitization. (KBRN/PR/AHM)