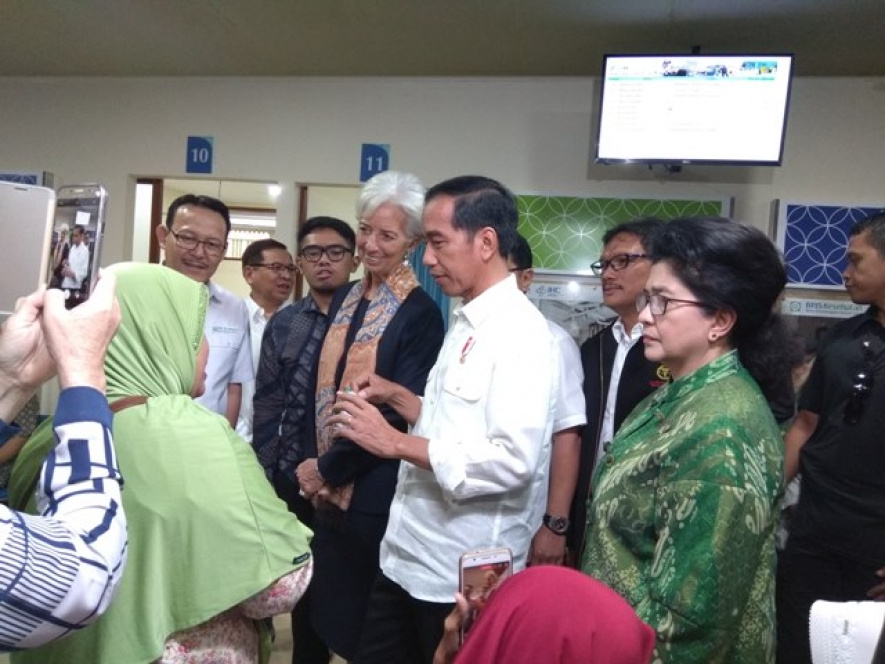 President Joko Widodo invited IMF Managing Director Christine Lagarde to make impromptu visits to a number of locations in Jakarta after they had a meeting at the Merdeka Palace Jakarta Monday (26/02/2018). The first location was Pertamina Central Hospital in Kebayoran Baru area, South Jakarta. The President invited Christine to have a look at the services for participants holding Healthy Indonesia Card (KIS) and social security system for health.  The head of state said he is proud that Indonesia has a health service program in the form of Social Security Administration Body (BPJS) and Healthy Indonesia Card (KIS). Jokowi said many countries view that the health insurance program managed by Indonesia is big enough. However, he said it is not easy to manage the BPJS and KIS programs.

"I was very pleased to visit this hospital today with President Jokowi. I'm coming from France where we have had social security system for a long time. I was very impressed by the universal coverage. To have 90 million people for free it was a fantastic achievement. This facility is impressive, the size of the room, the speed which patients are included in the systems that support the digital economy, Bravo to you President and also for those who work in the hospitals,” said IMF Managing Director Christine Lagarde.