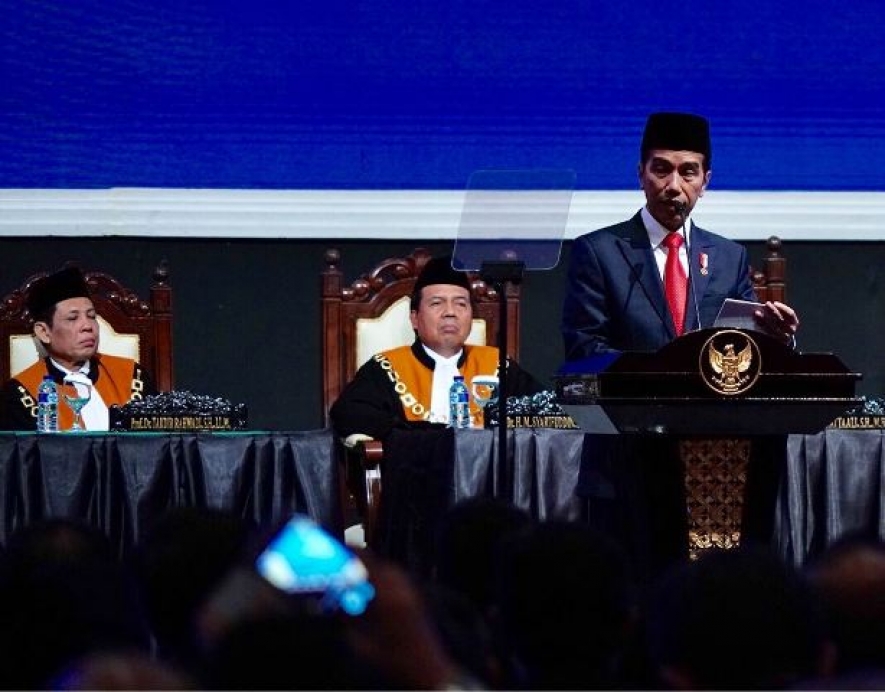 President Joko Widodo at the Annual Report of the Supreme Court of 2017 rri.co.id/ Rini

“The government continues to support the Supreme Court's steps in realizing a clean, fair, and dignified justice. It makes all parties discipline in the judicial process. It also decides severe punishment and deterrent effect to the perpetrators of corruption, drug agents, terrorists, and anyone who destroys Indonesian unity, and disrupts justice in our country,” President Joko WIdodo said.

Furthermore, President Joko Widodo hopes that prospective judges who will start working at the Supreme Court can maintain their integrity. He views that the judges with high integrity and profession will produce a fair trial verdict and win the trust of the people and the trust seekers from the international world. (VOI/Rini H)