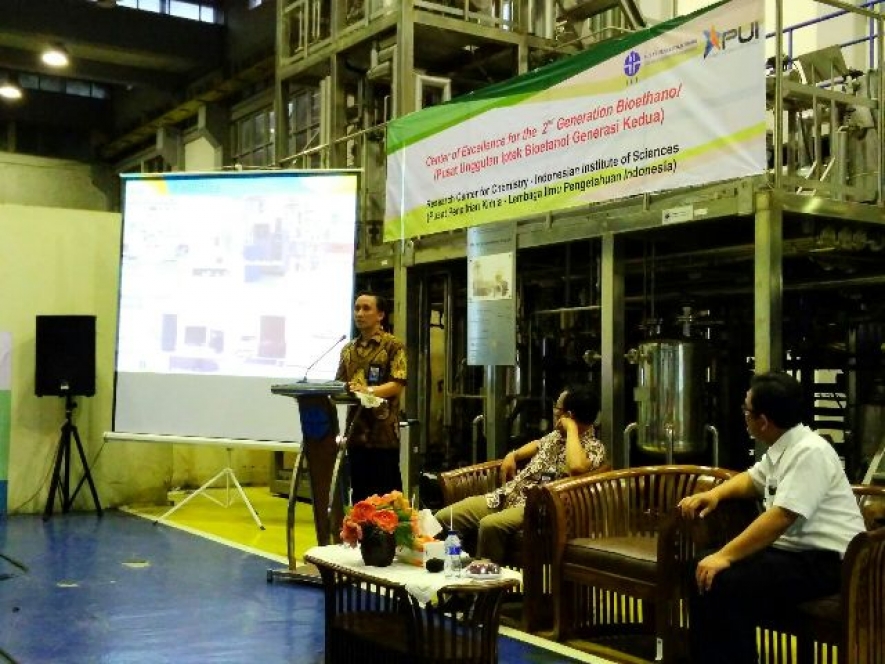 Indonesia is a country which is rich in abundant biomass resources such as second generation bioethanol production. Bioethanol is a renewable and environmentally friendly alternative fuel as a substitute for gasoline. This was stated by Researcher of Chemical Research Center at Indonesian Institute of Sciences -LIPI, Haznan Abimanyu to media at LIPI Chemical Research Center in Tangerang, Banten on Thursday afternoon (1/3). Haznan said that LIPI has successfully developed bioethanol research and continues to do research as optimal as possible.

"We come to see an economical process of energy such as energy which is used less. Then, it’s the total of raw material prices and so on. So, the product will be lower than fossil fuels,” Haznan Abimanyu said.

Haznan Abimanyu also explained that the tool used in bioethanol production is "Pilot Plant Bioethanol G2" and becomes the only tool available in Indonesia. LIPI has patents related to the second generation bioethanol product development as Intellectual Property Rights and is continuously strived to be used by the industry. (VOI/AF/RHM)