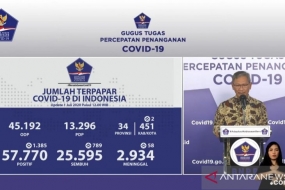 Indonesia reported 1,385 cases of the novel coronavirus disease and 789 recoveries on Wednesday, taking the country's COVID-19 case count to 57,770 and the total number of recoveries to 25,595, a government spokesperson said.The data was recorded as of 12 p.m. on Wednesday, and was based on the examination of 21,738 specimens, said government spokesperson for COVID-19 handling, Achmad Yurianto, at a press conference in Jakarta on Wednesday.The government has so far carried out swab tests on 825,636 specimens using Real-Time Polymerase Chain Reaction and Molecular Rapid Test methods, he added."From the specimen examinations, it was revealed that there were an additional 1,385 confirmed cases on Wednesday, taking the total (number) of positive cases to 57,770," he informed.Meanwhile, 58 more patients succumbed to COVID-19 on Wednesday, taking the total death toll to 2,934. The number of patients under surveillance stood at 13,296, while 45,192 people were placed under monitoring.On Wednesday, DKI Jakarta confirmed 217 new cases and 168 recoveries, while East Java added 185 new cases and 187 recoveries, Yurianto said.Meanwhile, Central Java reported a total of 173 new cases and 100 recoveries, North Maluku recorded an additional 147 cases and 7 new recoveries, and South Sulawesi registered 130 new cases and 52 recoveries.In all, there were 16 provinces that reported less than 10 new cases, and five provinces recorded no new cases, Yurianto said.A significant number of recoveries were recorded in Bali, where 34 new COVID-19 cases were detected and 62 patients recovered from the virus. There were 10 new cases in Banten and 21 recoveries, while East Kalimantan saw 7 new cases and 15 recoveries.In Maluku, 18 COVID-19 patients made a complete recovery, while 7 more people were diagnosed with the virus, and in West Papua, there were 3 new positive cases and 12 recoveries.Some areas reported no new cases. Jambi registered no fresh cases and eight recoveries, Central Sulawesi four recoveries, North Kalimantan two recoveries, and Gorontalo three recoveries.Yurianto said that all 34 provinces in Indonesia have reported COVID-19 cases, with 451 districts and cities impacted by the pandemic, indicating an increase in impacted areas by two compared to the previous day. (ANTARA) 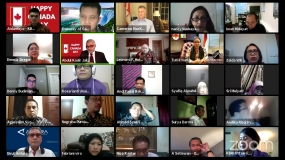 In the discussion, Canadian Ambassador to Indonesia Cameron MacKay said that Indonesia and Canada are two countries that have many similarities such as geographical diversity, race and linguistic diversity. According to MacKay, this is a big challenge for both countries which must be handled by the governments of the two countries.

"The big challenge that we face together now in a way we’ve grown up separately, but we have this common values, and now we’re in a world where the old rules space international order is under tremendous pressure. I think any analysts of global affairs would say this clearly increasing tension between global superpowers. Canada and Indonesia both are large and powerful middle powers, but we’re not superpowers. And we need a system, a global system that will help us to survive and to thrive. So it’s very much in our interest more than ever, that we cooperate with respected the international system we built on, diplomacy and trade but also on these common challenges of climate change, protecting the ocean and the environment and of course now, pandemic," said Cameron MacKay.

Meanwhile, Abdul Kadir Jailani, Indonesian Ambassador to Canada, said Indonesia has has a confidence that across the ocean, there is Canada, a close long-time friend who has been its partner, in the past and present, and of course, in the future. He added the two countries might face new challenges in the future, but the partnership between Indonesia and Canada would turn those challenges into opportunities. (VOI/AHM) 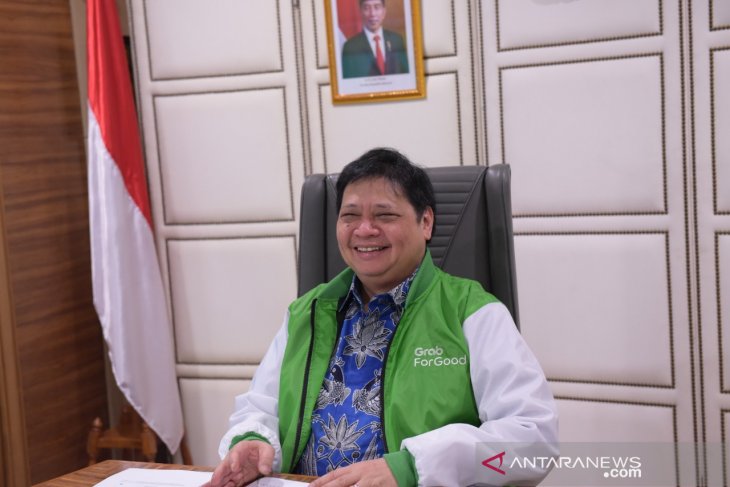 Indonesian Coordinating Economic Affairs Minister Airlangga Hartarto expressed belief that the ongoing digital transformation can aid in propelling the development of Micro, Small, and Medium Enterprises (MSMEs) in Indonesia.The digital transformation of MSMEs was triggered by the COVID-19 pandemic, the coordinating minister remarked during the launch of the GrabForGood 2020 #TerusUsaha 2020 Program to support Indonesian MSMEs in Jakarta on Tuesday.During the application of Large-Scale Social Distancing (PSBB) measures, digital infrastructure and services have evolved into a backbone for various productive activities, including working from home, online selling, and schooling from home."The pandemic has made digital transformation a necessity. Migration from offline to online is something that the community direly needs. Various countries have encouraged economic digitalization so as not to be left behind," he noted.The digital transformation is not only beneficial to boost efficiency and productivity but also promote inclusiveness.Hence, the government has committed to creating a conducive business environment for MSMEs to conduct their businesses online.Hartarto also put the spotlight on the criticality of training for those engaged in MSMEs to help them survive and develop in the digital ecosystem."Of course, with digitalization, the number of supply chains will decrease, so that efficiency will be achieved. Just as the online-based food stalls, it must also be lauded, and we are upbeat about increasingly more number of similar (online businesses)," Hartarto emphasized.Furthermore, the government has encouraged electronic-based trading transactions, or e-commerce, to become instruments to realize economic equality.Although most people can easily adapt to the digital era, other groups still exist that have yet to access or utilize digital services."The government will encourage to further reduce costs to achieve this digitization. Smartphones are also expected to be more affordable, so more people can use them," he stated.On the occasion, he lauded Grab for its commitment to supporting MSMEs in the country through the GrabForGood 2020 #TerusUsaha Program dedicated to help MSMEs adapt and develop in the new normal amid the COVID-19 pandemic. This commitment is also aligns with the #BanggaBuatanIndonesia program initiated by the government to promote domestic products. (ANTARA) 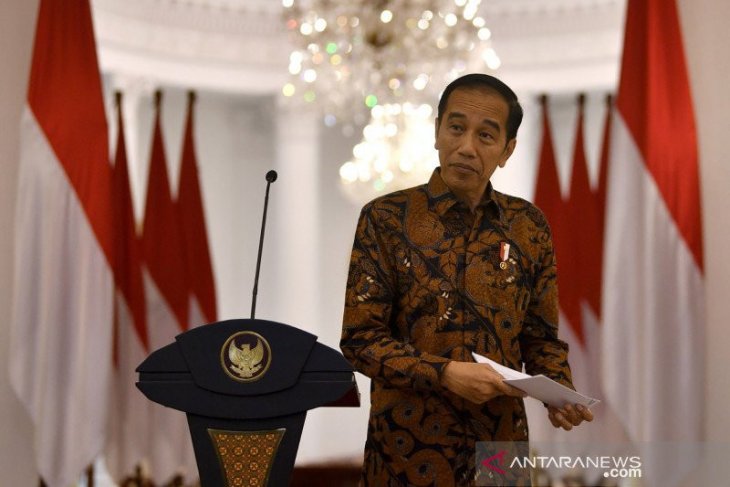 President Joko Widodo (Jokowi) instructed the National Police to help maintain discipline among people in following preventive measures as necessitated by the government's COVID-19 protocols to create a productive, safe society amid the ongoing pandemic.The police are also requested to support the country's economic recovery process in line with their authority and accountability, President Jokowi remarked during the commemoration of the 74th anniversary of National Police Day on Wednesday."I deliver several instructions as the National Police's guidelines in conducting duties," President Jokowi remarked while chairing the virtual commemorative event organized from the State Palace in Jakarta.President Jokowi also ordered the police to continue their internal reformation to build a professional, modern, and trusted workplace culture and to strengthen synergic ties with the Indonesian military, government agencies, and communities.In handling social problems in communities, he instructed the National Police to prioritize a persuasive and humanistic approach and to serve the public in a professional, transparent, and fair manner to win the public’s trust.During the anniversary of National Police Day, Ahmad Sahroni, deputy chairman of the House of Representatives' Commission III overseeing legal, human rights, and security affairs, urged the police to bolster their capabilities in handling cybercrimes.However, Sahroni lauded the police's performance in the fight against drug trafficking.The police organized several events to celebrate National Police Day.On June 21, the police organized a free COVID-19 test program at the Gelora Bung Karno sports complex area in Central Jakarta, as Jakartans flocked to the Sudirman-MH Thamrin Streets to enjoy the Car Free Day after being suspended since March 15.The National Police provided one thousand free rapid and swab test kits for this free medical service.According to Head of the National Police's Health Division Brig. Gen. Rusdianto, this free rapid and swab test program was not only organized in Jakarta but also in other cities across Indonesia.The community members were merely requested to take queue numbers for filling the personal identity forms and await their turns. If any of them obtained "reactive results" in their rapid testing, they would have to undergo swab tests for the final diagnosis of their condition, he stated.Yuli, one of the local residents participating in the police's COVID-19 test program, was happy to undergo this free rapid test since she would be saved the expenses incurred in diagnosing the presence of the novel coronavirus disease.The police's free rapid and swab test facility helped community members to undergo the tests without the need to spend their money, Yuli stated. (ANTARA)