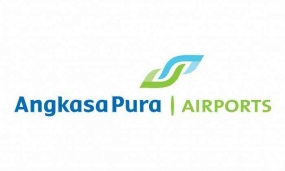 State-owned airport operator PT Angkasa Pura (AP) I has set a target of serving at least 101 million passengers in 13 airports under its management, an increase from 96.5 million passengers in 2018."The performance of the company has been growing positively over several years. There is a trend of increases in the number of passengers, income, and profit of the company," President Director of PT Angkasa Pura I Faik Fahmi told the press in Serang, Banten province, Sunday.In 2017, the 13 airports received 89.7 million passengers, and the number of passengers went up 7.6 percent in 2018, notably 96.5 million.PT AP I received audited income amounting to Rp8.98 trillion and net profit at Rp2 trillion in 2018, an increase of 41.28 percent compared to that in 2017.The company has set a target of receiving income amounting to Rp10.2 trillion, and net profit at over Rp2 trillion in 2019.PT AP I also plays a role as state infrastructure that promotes air connectivity through airport development and expansion, he said.The company is also an agent of development by helping boost the country`s economic growth, improving the public welfare and developing least developed regions, he added.For 2019, the company has renewed its vision to be more progressive by adopting "Connecting the World Beyond Airport Operator with Indonesian Experience," as its new vision. (ant) 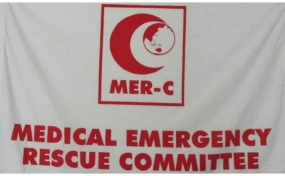 Some 32 volunteers of the humanitarian outfit -- the Medical Emergency Rescue Committee (MER-C) -- departed for Gaza, Palestine, to work on the second phase of construction of the Indonesian Hospital in the conflicted area.The volunteers are divided into two groups, each of which departed for Gaza on Friday (Feb 22) and Saturday (Feb 23).Member of MER-C Presidium Faried Thalib, Dr Arief Rachman, MER-C Chair of the Construction Division Idrus Muhamad Alatas, and architect of the hospital building Rizal Syarifuddin are joining the team.According to member of MER-C Presidium Sarbini Abdul Murad -- the first Indonesian doctor to have succeeded in entering the Gaza front line during the Palestine-Israel conflict in 2008-2009 -- the volunteers from the MER-C Construction Division are estimated to stay in Gaza for a year.He noted that most of the dispatched volunteers are the alumni of the first phase of the hospital`s construction, whose commitment and expertise had been demonstrated by the establishment of the current Indonesian Hospital in Gaza.Their departure to Gaza is possible after MER-C received entry permits from the Egyptian government and local authorities in Gaza, with assistance from the Ministry of Foreign Affairs."This team has been waiting for a year, until finally we met Foreign Minister (Retno Marsudi) and her staff (informing us) that the team can go (to Gaza)," Murad revealed.The budget for the second-phase construction of the Indonesian Hospital has come from donations offered by Indonesian people reaching Rp75 billion to Rp80 billion (US$5.7 million).Construction of the Indonesian Hospital in Gaza initially began with the mission of the Indonesian humanitarian aid team that brought medical aid for people in Gaza, who suffered from a 22-day war between the Palestinians and Israeli Zionists that took place since the end 2008 until early 2009.At that time, the mission was led by Ministry of Health Head of Crisis Control Rustam S. Pakaya and Ministry of Foreign Affairs Director of Middle East Affairs Aidil Chandra Salim.In its development, MER-C then raised funds from the Indonesian people to build a hospital in Bayt Lahiya, North Gaza.In fact, the official launch of the Indonesian Hospital`s construction in Gaza will be attended by volunteers and journalists, who had participated in the mission, six years earlier.However, due to the problem in getting permission to enter Gaza, the launch was held in Indonesia on January 9, 2016.Vice President Jusuf Kalla attended the handover ceremony of the Indonesian Hospital from MER-C to the Palestinian people.The Indonesian Hospital in Gaza is evidence of Indonesia`s staunch support for the Palestinians` unfinished struggle for their independence.However, in October last year, the process of building the hospital was challenged by threats from the Israeli military that launched air raids, targeting more than 80 sites in the besieged Gaza Strip in retaliation for rockets fired at southern Israel.According to Al Jazeera, none of the Israeli citizens were killed or wounded by the rockets that the Palestinian fighters launched from Gaza Strip. Instead, one of the Israeli air raids wounded nine Palestinians and damaged the Indonesian Hospital.After hours of air raids, Al Jazeera reported that the Islamic Jihad movement on Saturday announced Gaza ceasefire with Israel.The Israeli attacks that had damaged its hospital in the 11-year-long besieged Palestinian territory was condemned by the Indonesian Government, saying that Indonesia`s government and its people will continue to support the Palestinian people in their struggle for independence.Indonesian President Joko Widodo condemned the air raids that the Israeli jet fighters launched on October 27, 2018, that had damaged the Indonesian hospital.The head of state noted that the attacks had damaged not only the Indonesian Hospital but also its neighboring areas. However, this incident will not be able to change Jakarta`s stance on the Palestinian issues."Indonesia will remain with the People of Palestine in fighting for their independence. We do not retreat," President Widodo noted.Indonesia has been known as one of the staunch supporters of the Palestinian people`s unfinished struggle for independence. Jakarta`s political stance on the Palestinian issues has also remained unchanged since the era of President Soekarno.In 1962, this founding father of Indonesia had uttered a statement, which was then used as a guidance in the Indonesian foreign policy on the Palestinian issues."As long as the freedom of Palestine has yet to be returned to the Palestinians, then it will forever be for Indonesia to stand in defiance against the occupation by Israel," President Soekarno stated. (ant) 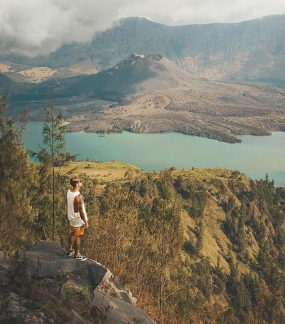 Lombok Considered One of Best Islands in the World

Tourism Minister Arief Yahya lauded New York-based Travel and Leisure Magazine for including Lombok, Bali, and Java Islands in its article entitled the 15 Best Islands in the world."Hopefully, this could become a boost for NTB development, in general, and Gili Matra (Trawangan, Meno, Air), in particular, to attract local and foreign tourists," Yahya stated in Lombok on Thursday, while inaugurating the start of Ama-Lurra Resort construction in Gili Air, North Lombok District.The magazine gave 93.88 score for Lombok Island, 94.06 for Bali Island, and 95.28 for Java Island."Also heralded for its seclusion, as well as its beaches, diving, and mountainous beauty, is Indonesia?s Lombok, an island just east of Bali that one reader dubbed `Romance Island.` In fact, Indonesia seems to have the joys of island life down to a science, laying claim to the top three spots people most enjoy visiting," Travel and Leisure wrote.In addition, Yahya also lauded the construction of MotoGP circuit in Mandalika, Lombok.The development of the first MotoGP circuit in Indonesia would strengthen the position of West Nusa Tenggara (NTB), which has so far been known as one of the best Halal tourist destinations in the world.NTB Governor Zulkieflimansyah, on the occasion, expressed his gratitude to the government for being serious in developing the province, which was devastated by a deadly earthquake last year. (ant) 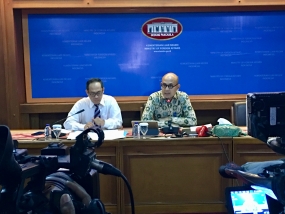 "In addition to attending the Human Rights Council Session, the Minister will also take advantage of this opportunity to conduct an Indonesian candidacy campaign as a member of the Human Rights Council for the period 2020 to 2022. The selection will be conducted in November 2019. As you know, the Indonesian theme for candidacy is True Partner for Democracy, Development and Social Justice,” said Arrmanatha Nasir.

Meanwhile Director of Human Rights at the Ministry of Foreign Affairs Achsanul Habib said the plan for Indonesia's membership at the UN Human Rights Council was to represent the Asia Pacific region. For this region, according to him, there are four positions to be contested by 5 countries including Indonesia, namely Japan, China, South Korea, Iran and the Marshal Islands. He is optimistic that Indonesia will be able to occupy the position of member of the UN Human Rights Council given the history of Indonesia's commitment to the promotion of human rights values, both at the national, regional and international levels. (VOI/ANDY/AHM)