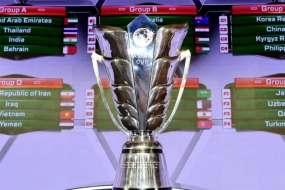 The Asian Football Confederation (AFC) has appointed Indonesia to host the U-19 Asia Cup 2020 qualification scheduled from November 2 to 10, 2019.The All-Indonesia Football Association (PSSI) warmly welcomed the AFC's decision, the association said on its official website on Friday."PSSI lauds the AFC's decision. As one of the countries with the highest enthusiasm over world football, we are determined to welcome the Asian public's trust by preparing well for the event," PSSI Secretary General Ratu Tisha Destria said.Indonesia will not only serve as the venue of the U-19 Asian Cup 2020 qualification but has also been endorsed as one of the hosts of the U-16 Asia Cup 2020 qualification scheduled for September 14-22, 2019.For the U-19 Asian Cup 2020 qualification, Indonesia, along with Cambodia, Myanmar and Vietnam will host the event for the east zone, while Bahrain, Iraq, Iran, Qatar, Saudi Arabia and Tajikistan will host the event for the west zone. 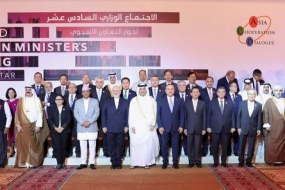 Indonesia encouraged concrete cooperation among Asian countries during the 16th Ministerial Meeting of Asia Cooperation Dialogue (ACD) held in Doha, Qatar, recently.  "There must be concrete cooperation from which the people of Asian countries can benefit to answer the challenge of the age," Indonesian Foreign Minister Retno LP Marsudi said in the press release of the Foreign Ministry issued on Wednesday.The ministerial meeting themed "Partners in Progress" brought together ministers and top officials from 34 ACD member states. They discussed ways to enhance cooperation to address various issues of mutual concern including connectivity, education, food security, energy, water, culture, tourism, and sustainable development.The meeting agreed upon, among others, the importance of enhancing cooperation in the energy field to create resilience, accessibility and sustainable practices in the energy field."I reiterate the commitment of Indonesia as co-prime mover of ACD in the energy field by promoting cooperation in the development of renewable energy. This is in line with the national policy related to the efficient use of new and renewable energy," she said.To that end, the Indonesian government plans to host ACD Ministerial Meeting on Renewable Energy in the second half of 2019. Hopefully, the meeting will be able to create opportunities for ACD member states to cooperate in the development of new and renewable energy including investment and capacity building.The 16th ACD Ministerial Meeting agreed on various efforts to promote ACD including formulating the standard structure and mechanism of ACD Secretariat, and synergy between ACD and other regional forums.The ACD Ministerial Meeting this time is a historical momentum in line with the admission of Palestine as a new member.During the course of the ACD Ministerial Meeting, the Indonesian foreign minister also held talks with her Thai and Malaysian counterparts to coordinate the three countries' steps to encourage cooperation within the framework of ACD to become more effective. (ant) 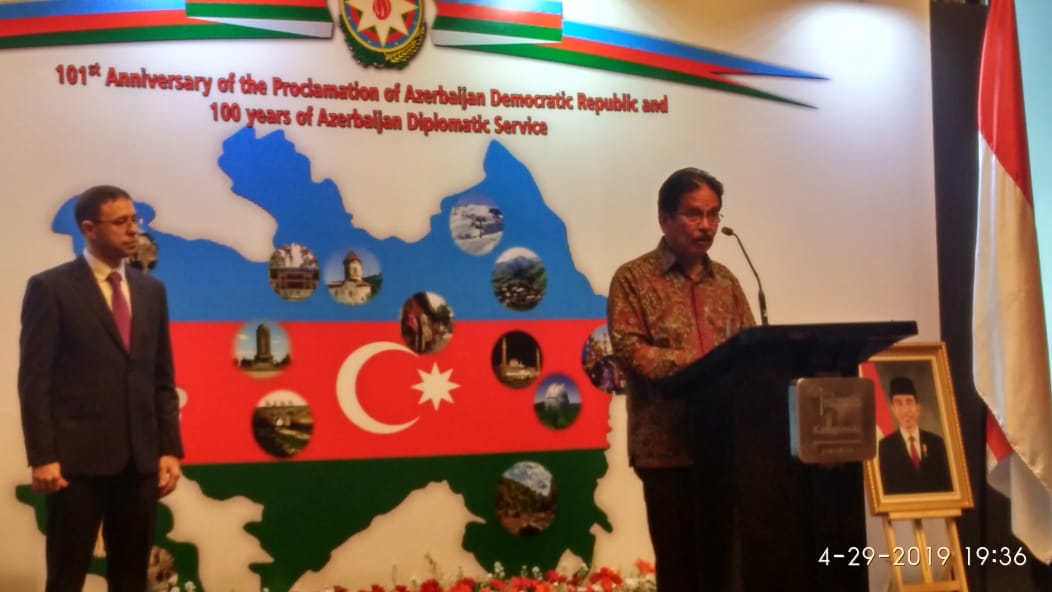 Indonesian Agrarian Affairs and Spatial Planning Minister, Sofyan Djalil said that bilateral relations between Indonesia and Azerbaijan are growing more in various fields. The Minister said this when attending the 101st Anniversary of the Azerbaijan Democratic Republic and the Commemoration of 100 Years of Azerbaijani Diplomatic Service in Jakarta, Monday (Apr 29). He further said that in the economic field, the trade value of the two countries amounted more than 500 million US Dollars in 2018. He hoped that in the future the two countries would further enhance the partnerships in trade and investment, especially in the energy sector. He also reminded about the importance of people to people contact, in enhancing the partnership between the two countries.

"In this regard we welcome initiative to further promote people to people contact through various social cultural coorporation  between the two countries. Among other are the establishment of center of Indonesia studies in Baku and Azerbaijan corner in Jakarta. the annual Indonesia cultural Festival in Baku, as well as development of pencak silat (martial art)  in Azerbaijan. I confident this milestone will further strengthen the friendship and mutual understanding between the people of Indonesia and Azerbaijan" Sofyan Djalil said.

Moreover, Minister Sofyan Djalil further hoped that the bilateral partnership between Indonesia and Azerbaijan will increase in the upcoming years. On the same occasion, Vice Ambassador of the Republic of Azerbaijan Ruslan Nasibov emphasized that high-level political relations between the two countries are based on the principles of friendship, mutual respect and cooperation. He said in 2019, Azerbaijan will chair the Non-Aligned Movement (GNB) and will hold the Movement Summit on  October 21 to 26, 2019// Sekar/ Trs: AF

The 3rd ASEAN Entities Forum strengthen cooperation in some fields 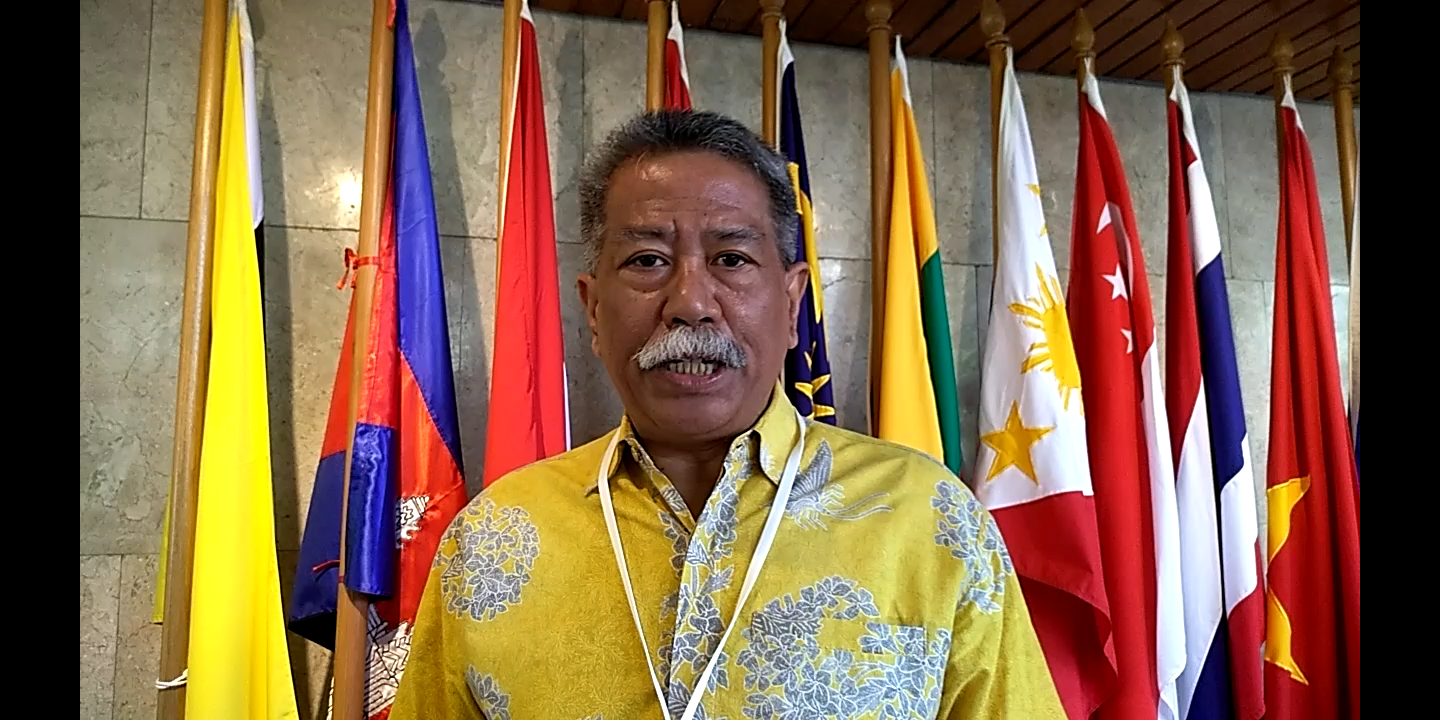 ASEAN and its associated entities discussed the progress they have made and how they could strengthen collaboration in achieving a more integrated and people-focused ASEAN at the 3rd Forum of Entities Associated with ASEAN held in Jakarta, on Monday April 29th 2019. To Voice of Indonesia, Deputy Secretary-General of ASEAN for Community and Corporate Affairs, Dr. AKP Mochtan said that this forum is to engage with all the entities and to eemhance the dialogue between the member countries.

"I'm very happy that we are having this third forum of the entities associated with ASEAN. This forum is actually to engage with all entities and to enhance dialogue between them. We are previllege to have Thailand  as the chair of ASEAN participating very strong delegation from Bangkok Including actually the DG (development goals) of the ASEAN affairs who will present the ASEAN chairmanship under Thailand. So this is going to be exciting event and we are very happy to have very good attendance to this meeting. This is not only Indonesia and Thailand but this is the entire member states and later on we will have all the ambassadors the committee of permanent representatives also present and to have interface with the entities" Deputy said.

Dr. AKP Mochtan added that given the diversity among ASEAN entities as well as the expansive scopes covered by the entities, there is a big role of ASEAN entities can be played to ensure agility and inclusiveness in the process of regional integration. In her opening remarks, Permanent Representative of Thailand to ASEAN Phasporn Sangasubana stated that the forum is a useful initiative by ASEAN Secretariat, as it provides a platform for the entities to interact with the Secretariat as the essence of ASEAN. Phasporn believed that this platform will help to strengthen ASEAN community building// NK