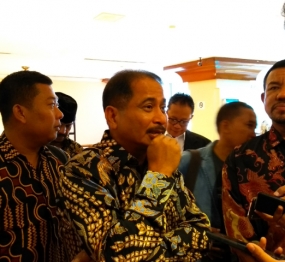 “Well, Bali has entered normalization phase. The easiest example of normalization is an international event held on 12th to 14th October. We have had an international event, the annual meeting of IMF-World Bank. Once it happened that is the sign of normalization. Lombok is still in rehabilitation process. If Bali has six months to recover, I hope we can do it in three months with Lombok. Why three months, because Bali cannot resist the industry in three months. Payments have to be paid, et cetera. All utility water, electricity has to be used. Based on that experience I ask all governments, stakeholders and industries to do the rehabilitation, reconstruction in three months in Lombok. Palu is not included in the main tourism destination and all activities is standard because there are not many tourists like in Bali and Lombok. So Lombok needs more Trauma healing than Bali. For Lombok we provide 20 billion rupiah for Trauma Healing,” said Arif Yahya.

Arif Yahya added that the funds are taken from 2018 State Budget and 2019 State Budget. Arif Yahya explained that he did not want to take a risk so he secured 30 billion rupiah for Bali normalization and Lombok rehabilitation. (VOI/NK/AHM) 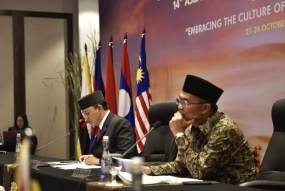 Indonesia is hosting the 8th Meeting of ASEAN Ministers Responsible for Culture & Arts –AMCA and the 14th ASEAN Senior Officials Meeting for Culture & Art and Related Meeting –SOMCA. In addition to resulting Yogyakarta Declaration Document, these meetings also increase cultural cooperation among ASEAN member countries. Indonesian Education and Culture Minister, Muhadjir Effendy on the sidelines of the event to the media on Wednesday, Ocotber 24th, in Yogyakarta explained that there issome cooperation that will be resulted or elevated after the meeting. Through discussion and increasing cooperation he hoped ASEAN can be acountable region in cultural sector.

“There are many schemes that we will beworking on. First we have artist exchange then experience exchange how to preserve and conserve intangible and tangible cultural heritage. We match several similar variants then ASEAN as a group of nations have an opportunity in cultural sector, also have identity approach one another, we can be an accountable regional power especially in cultural sector,” said Muhadjir Effendy.

Minister Muhadjir further explained that Indonesia is considered as the oldest brother because it has the largest population in ASEAN. Indonesia is the first country that gained independence in ASEAN. Indonesia also has huge area with abundant cultures. Therefore Indonesia has to be forward in promoting ASEAN region especially in cultural sectors. (VOI/SEKAR/Trans:NK/AHM) 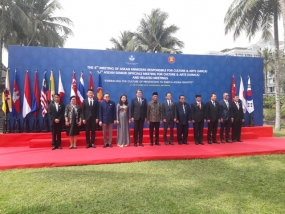 Indonesia hosts the 8th Meeting of ASEAN Ministers Responsible for Culture & Arts –AMCA which was preceded by the 14th ASEAN Senior Officials Meeting for the Culture & Art and Related Meeting - SOMCA. In addition, the meeting is also attended by 3 ministers of ASEAN partner countries, namely China, Korea and Japan. This biennial event is held in Yogyakarta on 21 October to 26 October 2018. This meeting carries the theme "Embracing the Culture of Prevention to Enrich ASEAN Identity". The Indonesian Minister of Education and Culture, Muhadjir Effendy in his speech at the opening of this meeting on Wednesday, October 24 in Yogyakarta said the diversity of Indonesian culture was an Indonesian national identity. There are more than 300 ethnic groups in Indonesia with different sets of rules and cultural objects. According to Minister Muhadjir, diversity is a valuable asset. For this reason he hopes that this meeting can promote the unity of civilization in ASEAN.

"Initiation of the theme "Embracing the ASEAN Culture of Prevention to Enrich ASEAN Identity" and "Yogyakarta Declaration", Indonesia sees that this forum is the right place to promote a unity civilization on a large scale. If ASEAN members can implement it, I believe that other countries will follow," said Muhadjir.

Minister Muhadjir further explained, Indonesia has a "Four Pillars of Nationality" which is a unifying nation. The pillars are Pancasila the Five Principles and the state ideology, the 1945 Constitution, the Unitary Republic of Indonesia and the motto of Unity in Diversity. According to him, Pancasila creates unity in a pluralistic society as formulated in the slogan "Unity in Diversity". In addition, the Indonesian Minister of Education and Culture said that Indonesia was ready to actively participate in the implementation of the ASEAN Declaration of Culture Prevention. This Declaration aims to create peace, openness, awakening, health and a harmonious society. The declaration was the result of the 31st ASEAN Summit in November 2017. (VOI/SEKAR/AHM) 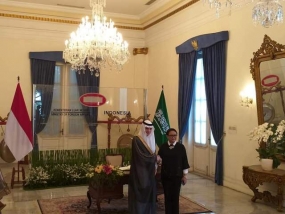 "I held a Joint Commission meeting with the Minister of Foreign Affairs of Saudi Arabia, Adel Al-Jubeir. This meeting was scheduled approximately a year ago as a follow-up to King Salman's visit to Indonesia in 2017. During the meeting, I and the Saudi Minister of Foreign Affairs Al-Jubeir discussed several things. Firstly, as two large Muslim countries, Indonesia together with Saudi Arabia wanted to continue to work together to disseminate peace, tolerance and peaceful conflict resolution," said Retno Marsudi.

According to Foreign Minister Retno Marsudi, peace in the Middle East will not be created without peace and independence in a Palestinian state that will coexist with Israel through Two State Solution. In addition, Foreign Minister Retno LP Marsudi also explained that in her bilateral meeting with Foreign Minister Adel Al-Jubeir, they discussed about radicalism and terrorism as well as increasing the value of trade and investment of the two countries. The two Ministers of Foreign Affairs also discussed various issues that have not yet been realized or Pending Issues, including the cooperation of the Aramco-Pertamina oil company, health, and the sending of health professionals and on the protection of more than 600 thousand Indonesian citizens who are registered working in Saudi Arabia. (VOI/Lalu Viqran Shink Khan/AHM)