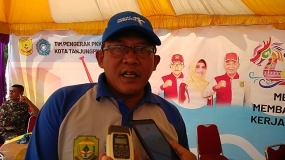 Tanjung Pinang city continuously improves the existing facilities and infrastructures to attract domestic and foreign tourists. It is aimed to increase people’s economy as to realizing the goals of Tanjung Pinang city through tourism sector. It was stated by Tanjung Pinang Regional Secretary Riono on the sideline of the International Dragon Boat Race 2018 in Carang River, Tanjung Pinang recently. Riau island is the third entry point of tourism in Indonesia.

“We made many efforts to increase economy such as through tourism sector. Especially Riau Island is the third tourism entry point so that we have many events to do such as dragon boat and other activities including religious tourism. We also focuses on Tanjung Pinang to be religious tourism destination. So hopefully with this dragon boat event we will be able to increase our economy. We have many events in October since this month is the anniversary of Tanjung Pinang. On October 27th we will have cultural parade," said Riono. 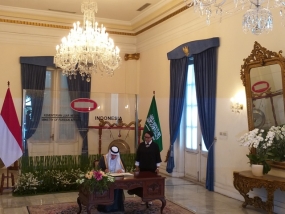 Indonesia Expresses Its Concern Over Kashoggi

“President also expressed his concern about the case and the death of Jamal Kashoggi. Indonesia hopes the investigation  must be done transparently and carefully,” Retno Marsudi said.

President Joko Widodo (Jokowi) has given three directives that Indonesian and Saudi foreign ministers will discuss during their bilateral meeting on Tuesday. "The president did not speak in detail as the details of the issue will be discussed at the Foreign Ministry tomorrow. He only gave directives on the frame of Indonesia's objective of establishing relations with Saudi Arabia," Indonesian Foreign Minister Retno Marsudi stated in Bogor, West Java, on Monday.

Speaking to journalists after accompanying the president at a meeting with Saudi Foreign Minister Adel bin Ahmed Al-Jubeir at the Bogor Presidential Palace, Marsudi noted that Al-Jubeir`s visit to Indonesia was mainly aimed at holding bilateral talks with her on Tuesday.

"The meeting has been scheduled for a quite long time, because it is one of the follows up to King Salman`s visit to Indonesia last year," she added.

The first directive that the president delivered at a meeting with the Saudi foreign minister is that as a fellow Muslim country, Indonesia has always encouraged Saudi Arabia to promote peace and tolerance and settle any conflict peacefully.

The second directive is that the two countries should strengthen cooperation in the economic, trade, and investment fields.

"Both countries have not made optimum use of the potentials. That is why the president expressed hope that cooperation between Indonesia and Saudi Arabia in the economic field will be increased," she remarked.

The third directive is that the president?s call to the Saudi government seeking better protection for Indonesian migrant workers employed in the Middle Eastern country.

"Many Indonesian citizens are employed there. The president has asked Saudi Arabia to protect them," she pointed out. (ANTARA) 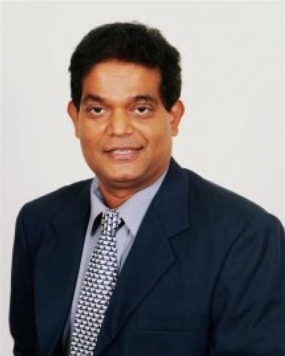 Indonesia Must Build Trust among Major Countries Regarding Indo-Pacific Idea

Indonesia must build trust and confidence among the major countries in the region to fulfill the Indo-Pacific idea.

"Without trust among the big countries, it is difficult to realize this idea," said UNESCO Chair for Transnational Challenges and Governance School of International Service, American University, Amitav Archarya, in Jakarta on Monday. Also, Indonesia must create a common understanding related to Indo-Pacific ideas among developing countries that have a strategic location in the region.

"Creating shared understandings can be done with dialogues to discuss Indo-Pacific ideas," he said.

In the Asia Pacific region, there are four major countries that have power in the political, economic and military fields, including the United States, Japan, China and Russia.

"The Indo-Pacific idea is in line with the Treaty of Amity and Cooperation (TAC) owned by ASEAN," Marty Natalegawa said.

"The Indo-Pacific idea was initiated by me during 2013 in Washington D.C. at an international conference," Trump said.

However, he continued, the idea needed an approach providing dynamic equilibrium in the Asia Pacific region.

"As a result, no power would dominate in the region," he remarked.

This dynamic balance is built by increasing cooperation and building patterns of cooperation and partnership relationships, so that confrontation can be avoided. This approach can promote mutual security, prosperity and stability in the region. (ANTARA)