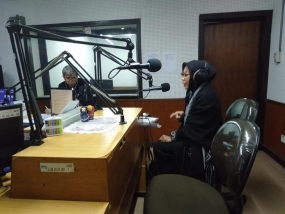 The government has targeted to attract 20 million foreign tourists by 2019, despite its failure to meet the target of 17 million foreign tourists in 2018."According to data from the Central Bureau of Statistics (BPS), of the government's target of attracting 17 million foreign tourists, we only welcomed 15.8 million tourists," expert staff to the Tourism Minister for multicultural sector Esthy Reko Astuty said in Solo on Monday.She admitted difficulties in reaching the target were due to a number of natural disasters that hit the country last year, including the eruption of Mount Agung in the resort island of Bali."However, we make maximum efforts to meet the target through our programs," she added.The ministry, she continued, has prepared some strategies to reach the target set in the government's medium-term development plans."Among the efforts we have undertaken include the development of cross border tourism and a low cost terminal," she remarked.Meanwhile, the ministry has surpassed the target to attract domestic tourists by 2019."For domestic tourist visits, of the target to attract 270 million tourists by 2019, up to now we have already seen 273 million (domestic tourists)," she said.The ministry would continue to promote tourism destinations in regions. "Through events organized by local governments, we will attract more tourists," Astuty said. (ant) 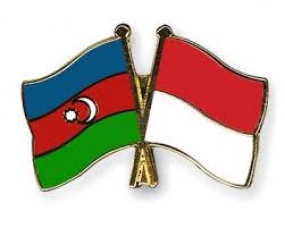 Bilateral relations between Azerbaijan and Indonesia have been developing quickly and dynamically since the two countries established diplomatic relations in 1992.“Our high-level political relations are based on friendship and cooperation. We cooperate very actively in international organizations; Indonesia and Azerbaijan always support each other in UN, OIC and other international organizations. Such support strengthens our partnership and creates stronger political ties,” Charge de Affairs of the Republic of Azerbaijan Embassy Ruslan Nasibov said to Antara in Jakarta on Monday.Nasibov spoke on topics ranging from the bilateral diplomatic relations to reforms in the Azerbaijan economic development and social and education sectors on the occasion of the 101st anniversary of the proclamation of the Azerbaijan Democratic Republic and 100 years of Azerbaijan Diplomatic Service, and its reception held on Monday.Bilateral cooperation in the field of public services is also rapidly developing. Azerbaijan is sharing experiences of its own establishment and brand, called the “ASAN Service”, which is a “ONE STOP” system for all public services under one roof. The ASAN Service was awarded the United Nations Public Service Award 2015 for exemplary provision of public service.The government of Azerbaijan keeps on implementing large-scale reforms in all fields. Azerbaijan’s rapid economic development has transformed the country. In the last 15 years, the level of poverty in the country dropped to 5.4 percent, while the unemployment rate is at 5 percent. Its economy grew more than three times, and 260 billion USD has been invested into the country.With the population reaching 10 million people on April 6, 2019, foreign currency reserves hit 46 billion USD, five-fold higher than foreign debt. The gasification level of Azerbaijan is 95 percent and the country has been ranked 25th in the latest Doing Business Report by the World Bank, jumping 32 positions in one year and becoming one of the top 10 reformers in the world. Some 15,000 kms of roads and highways were built in Azerbaijan during the last 15 years and it is not surprising that the country is ranked 34th for quality of road infrastructure in the assessment of the Davos World Economic Forum. Azerbaijan has also invested in building bridges between Asia and Europe, and turned into an international transportation hub. “We have built a diversified railroad network connecting us with our neighbors. Among them, is the East-West transportation corridor with the modern Baku Sea Port, Baku-Tbilisi-Kars railway inaugurated in 2017 and connecting the region with Turkey, and the North-South transportation corridor connecting the Gulf, South and South-East Asia with Northern Europe,” Nasibov said.He noted that this year, Azerbaijan will assume chairmanship in the Non-Aligned Movement and would hold the Summit of NAM from October 21-26, 2019 under the theme, “NAM Baku Summit: Upholding the Bandung Principles, to ensure a concerted and adequate response to the challenges of a contemporary world”. “We hope that Indonesia as one of the NAM founders will actively participate in the Summit,” he said.Nasibov said that this year, Azerbaijan for the first time joined the “Europe on Screen” film festival held in eight cities of Indonesia from 18 to 30 April. Already screened in Jakarta, Medan and Surabaya, a film from Azerbaijan, “Ali and Nino”, which has a team of producers comprising the famous Kris Thykier and Vice-President of Heydar Aliyev Foundation Leyla Aliyeva as Executive Producer, is based on the eponymous bestseller of Qurban Said.“I hope all the initiatives of both countries in the sphere of politics, economy and culture will further develop and strengthen our relations and promote people-to-people contact between our nations,” Nasibov said. (ant) 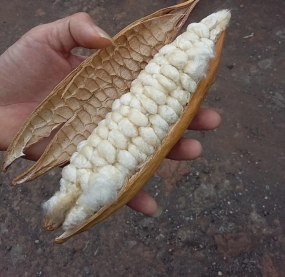 Indonesia is Exporting Kapok to Asia

Indonesia once supplied 85 percent of the needs of world kapok around the years 1928--1937. Based on data, India, Malaysia, China and South Korea are Indonesian kapok importers with positive growth in 2014-2018. Kapok can also be used as textile fibers. (kemendag) 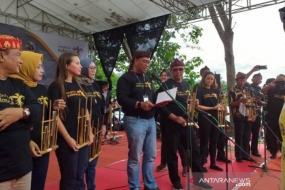 The Ministry of Tourism is ready to support the plan to organize International Angklung Festival and Darma Reservoir tour as part of  efforts to promote  world-class tourist destinations in Kuningan District, West Java."We are committed to helping realize a plan to make tourism destinations including Darma Reservoir a world-class tourist destination," said the Tourism Ministry's Expert Staff for Economics and Regional Tourism, Dr Anang Sutono MM CHE in Kuningan, Sunday.He said, the angklung festival and the Darma Reservoir Tourism Notes are a commitment of the Ministry of Tourism to provide support because tourism is part of the nation's economy and is fundamental to prosper the community."This is the right moment for Kuningan to rise and advance in the tourism sector," he said.He said, the strategy of developing the tourism industry is  a very important factor, especially to direct the development of human resources  towards turning  tourist destinations in Kuningan District into world class tourism.Efforts to support the development of world-class tourism, he said, need quality human resources, for which the development of vocational and high school education institutions in the tourism sector is needed."Kuningan will become a 'world class tourism', so that it needs human resources of international standard, and one of the embryos is the presence of tourism vocational schools and high schools," he said.Head of the Java Area Tourism Promotion at the Ministry of Tourism Wawan Gunawan added, the activity was the right momentum related to preparations for Ramadan as an attraction to lure tourists."This is one of the efforts to integrate art and tourism so that it becomes a unity of harmony," said Wawan.Wawan said, the Tourism Ministry is building a mutually supportive program that could be realized jointly by the government, the media, business people and academics, so that art attractions could become an attraction for the community."If you want to make world-class tourism, the global standard must be adapted to world-class packaging, both musical arrangements, costumes, and so on," he said.He added, tourism attractions are not only artistic performances, but also the regional culinary sector and community involvement to help increase the level of their welfare."If the Minister says, the more culture or art is preserved, the more prosperous the people will be," he said.