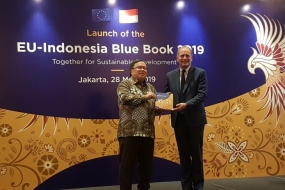 Indonesia and the European Union (EU) have chosen sustainable development as the focus of their cooperation, marked by the launch of Blue Book 2019. Indonesia and the EU have long cooperated in fulfilling the global commitment in the Sustainable Development Agenda 2030 and Sustainable Development Goals (SDGs). Through the Blue Book 2019, entitled, "Together for Sustainable Development", the EU supports the centralization of SGDs in its partnership with Indonesia."SDGs are the main objective, used as a reference for the EU and Indonesia. It is not surprising if SDGs become the focus of EU-Indonesia cooperation," Charge d'Affaires of the EU Delegation to Indonesia Charles-Michel Geurts said during the launch of the Blue Book 2019 in Jakarta on Tuesday.According to Geurts, Indonesia has demonstrated significant progress in mainstreaming SGDs in its development plan.Hence, the EU is committed to supporting Indonesia's efforts through well-guided cooperation programs for the three main development sectors, including environment, education and health, he said.Through development fund assistance worth 100 million euros, the EU and Indonesia have worked on a number of programs, some of which have been completed, while others are on-going.Head of the Indonesian National Development Planning Agency (Bappenas) Bambang Brodjonegoro said the agreement between Indonesia and the EU to put in place development cooperation focusing on SDGs has been consistent with its global goals."When it comes to SDGs, Indonesia has taken additional steps. In fact, we are one of the first countries to deliver a report to the UN in 2017, and we will send a second report in July 2019," he said. (ant) 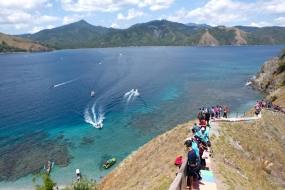 Banggai Directed To Be A Tourist Favorite Fishing Destination

Honorary Adviser to the Minister of Tourism, Indroyono Soesilo, during the Focus Group Discussion (FGD) on Marine Tourism Development "recreational fishing" in Jakarta, last week, said that Banggai with all its natural wealth is very potential to be developed as a tourist favorite fishing destination .

"In the FGD, it was agreed that the Banggai waters would be suitable fishing destinations that would be of interest to tourists," said Indroyono, who is also the Chair of the Tourism Ministry's Maritime Tourism Acceleration Team.

Indroyono also explained that there were several reasons that could make Banggai a world-class fishing destination. First is the presence of the Banggai exotic fish "Cardinal Fish". Secondly, Banggai waters become a migration path for tuna. Precisely, from the Pacific Ocean to the Indian Ocean.

Banggai waters with Peleng Bay are the locations of Indonesian history where in July 1962, there were hundreds of warships and troop transports gathered in the waters of Peleng Bay.

"With the strength of 45,000 soldiers, the TNI was ready to invade West Irian in the context of Operation Trikora Liberation of West Irian. A Trikora Monument is built in Banggai as a marker and historical tourist destination, "he said.

Furthermore, Indroyono explained that to realize Banggai as a world-class fishing tourist destination, an international fishing competition will be held called Banggai International Tuna Fishing Tournament 2019. The plan is to hold the September 27-29 2019 event.

Later, the participants will be directed to fishing for several types of fish. Such as skipjack tuna, yellow fin tuna, big eye tuna, and bluefin tuna.

"This activity is at the same time a trial before becoming an annual event. In addition to fishing activities, tournament participants will hold 'joy sailing' to the Banggai Kepulauan Regency region. The goal is to enjoy traditional Banggai culture and cuisine. At the same time, watching a demonstration of fishing for tuna using kites, "he said.

All FGD participants, both at the center and the Central Sulawesi region, agreed to succeed this international event. The plan, socialization activities and promotion of the Banggai International event for the 2019 Tuna Fishing Tournament will begin on June 14, 2019.

Indroyono said, the presence of Banggai would make the Indonesian marine tourism map more complete. Previously, there was Sabang in Aceh Province which became the spot for The International Free Diving Competition.

There are also Nias-North Sumatra, Simelue-Aceh, Krui-Lampung, Keramas-Bali, and Mandalika-Lombok with the International Professional Surfing Competition Series event. As for Kupang, Tual, Seram, North Buton, and Bawean, it has also been famous for being a rally track for Sail Indonesia participants every year. (kemenpar) 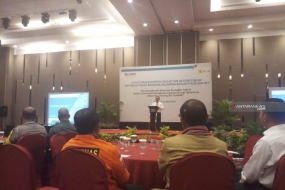 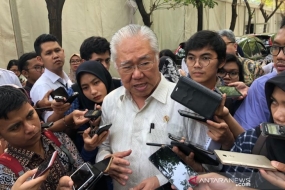 Trade Minister Enggartiasto Lukita has confirmed that availability and prices of basic commodities will remain stable, and not increase, ahead of Eid-al Fitr-festivities."We have monitored food prices and stocks at a number of traditional markets, and also coordinated with the national logistics agency. This is the third year that the availability and prices of basic necessities remain stable," Enggartiasto Lukita said in Jakarta on Monday.Lukita stated that supply and demand of basic commodities are currently balanced. As a result, inflation is expected to remain under control, and even deflation may occur this month. The minister was speaking after monitoring food prices and stocks in 34 provinces."Deflation occurs when prices remain stable," Enggartiasto Lukita stated.He suggested that the level of public consumption will increase, because employees receive holiday allowances (THR), and stocks and prices of food remain stable."The retail businessman said public consumption has increased," the minister said.Enggartiasto Lukita praised entrepreneurs and traders who contributed to holding down prices of basic necessities during the fasting month and Eid-al Fitr-festivities."Thank you for maintaining prices during the fasting month," the minister said. (ant)