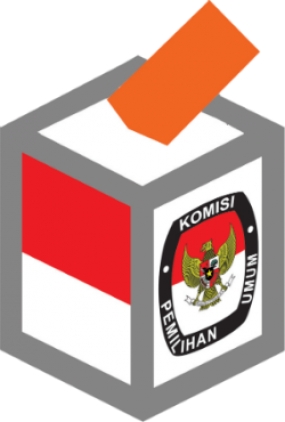 President: Elections Should Not Tarnish Relations

President Joko Widodo (Jokowi) appealed to the public not to damage their relationship only because of differences of opinion and choice in the implementation of elections."The people`s democracy fiesta is held every five years, so it should be utilized in finding leaders who are worthy to lead, but it should not damage relationships," Jokowi said in Sukabumi on Sunday.He said that some regions are preparing regional head election stages such as the elections of mayors, district heads and governors. The people must compete to find the right figure to be the leader. However, do not let the competition cause problems such as bullying, spreading of hoax news, SARA (sensitive issues of religious, social, ethics and group differences) and others so that friends become enemies and not get greeting with each others only because of the election. Next year the legislative and presidential elections will take place, the differences of choice should not lead to disrupted security and divisiveness. Indonesia is a big nation with thousands of tribes, cultures, languages ??and islands. Do not get divided because of the difference in the election."The election should not leave grudge. We must unite again to advance this nation. Whoever wins or loses must pay mutual respect," he added.At the end of his speech, President Jokowi invited all elements in society to maintain unity and integrity. If there is a problem, it should be resolved with cool head. In addition, do not want to be provoked by unscrupulous people who want to divide this nation and disrupt the stability of the country. ( antara )

President Joko Widodo (Jokowi) has urged the people to consume local foods as the main nutritional intake to prevent stunting or dwarfishness and malnutrition."Indonesia has many sources of nutritious food ranging from nuts, fruits, vegetables, fish, side dishes and others," said Jokowi on the sidelines of the implementation of supplement food feeding (PMT) progrem in Bantargadung District, Sukabumi District, West Java on Sunday.According to him, the central government is currently focusing on providing supplement foods for children under the age of five, babies, pregnant women and lactating mothers with local foodstuffs such as bananas, green beans, papaya, fish, tempeh and others. The potential of such resources should be utilized as an additional food in improving the nutrition of the people. In addition, Jokowi instructed the Family Welfare Movement (PKK) team, integrated health service post (posyandu) cadres and Public Health Care Service (puskesmas) officers to carry out PMT regularly.PMT program aims to reduce the number of malnourished children, stunting and malnutrition. Therefore, their role is very important in maintaining the nutritional intake of the community."Posyandu and PKK cadres must actively monitor the development of every child, toddler and pregnant mother by measuring their weight and height regularly, at least twice a month," he added.President Jokowi said the program utilizes local products for people`s nutritional intake. It has also been campaigning for this PMT since the last two years and is currently in the middle of implementation, monitoring and evaluation. ( antara ) 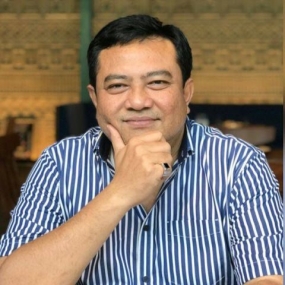 The Embassy of the Republic of Indonesia in Seoul, South Korea has been ready to implement Presidential Election to be held in 2019. The South Korean Election Committee has been formed and has signed the Integrity Pact at the Embassy Hall in Seoul recently. Indonesia's Ambassador to South Korea, Umar Hadi told RRI World Service -Voice of Indonesia in Jakarta on Thursday (April 5) that based on previous elections, there are two challenges faced in holding elections in South Korea. The first challenge is related to the distribution of information to voters and updating of voters’ data. The second one is how Indonesian citizens -WNI in South Korea can have the opportunity to cast their voting rights. Thus, the Embassy launched Seoul's Whatsapp Center and will deploy voting booths -TPS in strategic areas.

“We have developed a new system using Whatsapp. We update the data of the voters of our migrant workers scattering everywhere in Korea. They do not need to come to the Embassy, they just need WA. With the technology, we can confirm the data and their existence. Secondly, on Election Day, there will be a method of voting by mail so that they do not also have to take a day off to vote. Later, we will map, so that we spread the TPS in a strategic location to enable as many as possible our citizens to cast their voting rights,” Umar Hadi said.

Train Manufacturer Will Build a Rolling stock Factory in Banyuwangi

Minister for State Enterprises Rini Soemarno said state-owned PT Industri Kereta Api (INKA) will start construction of a rolling stock factory in the regency of Banyuangi, East Java, by the end of this year."INKA has received growing orders both for domestic use or for exports. Therefore we are speeding up preparation for the construction of a new factory in Banyuwangi," the minister said in Banyuwangi on Friday.PT Inka is a state-owned railway manufacturing company based in Madium, East Java, producing passenger trains and freight cars. Rini said, currently, preparation is in progress in a location where the factory is to be built in the land belonging to state-owned plantation company PT Perkebunan Nusantara XII in the district of Banyuwangi."Hopefully groundbreaking will take place before the end of 2018," Rini was quoted as saying in a written statement issued by the Banyuangi district administration.Rini said Banyuwangi was chosen as the place for the new factory for the strategic location of the coastal district, which is growing rapidly over the past several years."This place is close to railroad, port, and we are building toll road. We will make the district brisker with economic activities," she said.Rini was full of praise for Banyuwangi saying the city is a convenient place with easy accessibility. Banyuangi Regent Abdullah Azwar Anas thanked the minister saying the BUMN ministry would contribute to bolstering the district economic development with its plan to build the rolling stock factory. (antara)