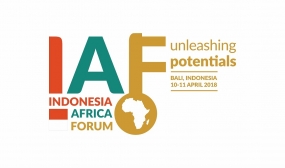 Some 53 African countries are expected to attend the first Indonesia-Africa Forum (IAF) to be held in Bali on Apr 10-11."We have invited 53 countries. As of today, 40 countries have confirmed their participation in the Indonesia-Africa Forum," Director of Africa of the Ministry of Foreign Affairs Daniel Tumpal Simanjuntak noted in a press briefing here on Thursday.Dozens of ministers from African countries and representatives from some international organizations, such as the African Union, and private sector players are also expected to take part in the IAF.IAF will be a historical event, as it will be organized for the first time by the Indonesian government and will serve as a platform to forge stronger ties with African countries since the Southeast Asian country is eyeing Africa`s non-traditional market. However, one of the main challenges to boost Indonesian and African economies is the tariff barriers, Simanjuntak pointed out. Several African countries still impose high tariffs on Indonesian products.Hence, the IAF is expected to serve as a platform for the participating countries to discuss tariff barriers. One of the efforts to be undertaken by Indonesia to reduce tariffs is building cooperation with the Economic Community of West African States, a regional economic entity comprising 15 member countries in West Africa.Meanwhile, Indonesia`s biggest trade partners in the Sub-Saharan Africa include Nigeria, Gabon, Ivory Coast, Madagascar, South Africa, Kenya, Tanzania, Benin, and Djibouti, while the biggest partners in North Africa are Egypt, Algeria, and Morocco. Moreover, the forum is expected to serve as a platform for Indonesian and African stakeholders to discuss business deals.Indonesia`s main exports to the African region are palm oil, processed foods and beverages, soaps, paper, garments, and motor vehicles, while its main imports from the region are crude oil, cotton, cacao kernel, pulp, chemical materials for fertilizers and industry, and tobacco. Several issues to be highlighted during the IAF include those related to agriculture, strategic industry, strengthening economic diplomacy, digital economy, infrastructure, and connectivity. Indonesia will also promote products of its strategic industries, such as a medium-range, twin-engine CN-235 transport aircraft produced by IPTN as one of its primary products in the African market.Indonesian Minister of Foreign Affairs Retno Marsudi is expected to hold several bilateral meetings with participating African countries during the IAF. A business forum and exhibitions of Indonesian products, among others, will also be held on the sidelines of the IAF. (antara)

Muslim-based United Development Party (PPP) will invite Hamas leader Ismail Haniya to come to Indonesia to explain the current situation in Palestine."We have limited access to information about Palestine. It is hoped that the presence of the Hamas leader would help us understand the future better," PPP general chairman Romahurmuzy stated here, when receiving Hamas representative for Asia, Muslim Imran, on Wednesday.In a press statement received here on Thursday, Imran, who is also the chief of Palestinian Cultural Organization Malaysia (PICOM) based in Kuala Lumpur, met Romahurmuzy to deliver a two-page long letter in Arabic language from Haniya. He also conveyed Haniya`s best regards and requested PPP`s support for the recognition of Palestinian independence. Imran noted that the diplomatic struggle of Islamic countries would be stronger with people-to-people and party-to-party support, adding that after receiving support from Malaysian political parties, it was now time for Hamas to seek support from PPP, which is the oldest Islamic party in the country."PPP welcomes the invitation for cooperation with Hamas, and in connection with that, we would invite Ustadz (teacher) Haniya to visit Indonesia. We believe his presence would strengthen the solidarity and serve as a diplomatic solution not only between state officials but also between political parties," Romahurmuzy remarked.The PPP leader reaffirmed the party`s support to Palestinian independence. Through its representatives in the parliament and the government, he revealed that PPP would continue to assure that all diplomatic efforts would be taken to make Palestine`s independence recognized across the world. He added that PPP would initiate a Palestinian cultural organization, similar to the PICOM in Indonesia, in cooperation with other political parties.On the occasion, Romahurmuzy expressed deep concern and condemned the acts of violence committed by Israel in the past three days, which have left 17 people dead. He also conveyed PPP`s rejection of US President Donald Trump`s declaration to unilaterally shift Israel`s capital from Tel Aviv to Jerusalem. ( antara ) 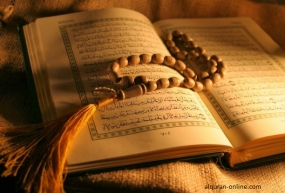 Lauhin Mahfudz and Ahmad Farhan Tsani of Indonesia finished second behind the Philippines in the international Qur`an recitation competition held in Cairo, Egypt. A statement from Mahfudz received by ANTARA in Takengon, Aceh on Thursday noted that the final Qur`an recital took place on April 4, 2018.

Only two countries were found worthy of winning the first and second place in the Qur`an recitation competition. The Indonesian participants managed to enter the final round along with other competitors from three countries: Malaysia, the Philippines, and Nigeria. Some 20 countries participated in the Sharhil Qur`an category. Sharhil Qur`an is a technique of reading the Qur`an by revealing the content, translations, and descriptions in harmonious unity.Mahfudz and Tsani are alumni of the Raudhatul Hasanah Islamic boarding school in Medan, North Sumatra. Mahfudz hails from Takengon, Central Aceh District, while Tsani is from Medan, North Sumatra. Both are currently studying at the Al Azhar University, Cairo. Mahfudz had studied religion at the Islamic State University Ar Raniry in Banda Aceh in the Department of Al Quran tafsir before being accepted as a student of Al Azhar in 2016.Central Aceh Regent Shabela Abubakar expressed full support to Mahfudz via a video call ahead of the final. Abubakar expressed moral support and hope that Mahfudz would give his best for Indonesia at the event. (antara) 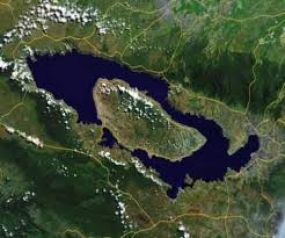 The Ministry of Tourism of Indonesia, in cooperation with the Embassy of the Republic of Indonesia in Hanoi, Vietnam, successfully booked 670 tour packages in the promotion of Lake Toba tourism held in Hanoi.  Press release from Embassy of the Republic of Indonesia, Hanoi to Antara News Agency in Jakarta, Wednesday (4 / 4) mentions, through booking the tour package, event titled Sales Mission Toba Lake Destination 2018 is able to generate 1.56 billion rupiah.