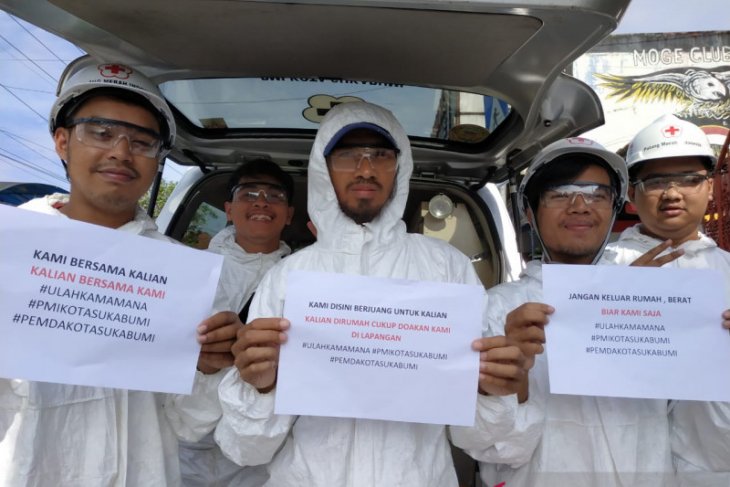 As many as 5,816 people have registered themselves as COVID-19 volunteers since the online registration was opened on Wednesday (3/25) The 5,816 people comprised 4,008 non-medical volunteers and 1,808 medical ones, Chairman of the Indonesian Disaster Mitigation Society (MPBI) Dandi Prasetia said during a press conference at the Office of the National Disaster Mitigation Agency (BNPB) in Jakarta, on Sunday. The volunteers came from various Indonesian regions such as West Java Province with the largest number of volunteers, namely 1,445, followed by Jakarta with 1,384 volunteers. Others came from East Java (559 volunteers), Banten (402), and Central Java (348), Dandi Prasetia noted. They comprised 2,364 men and 1,856 women aged between 19 and 30 years old, he added. The second largest age group is between 31 and 40 years old, totalling 636 men and 225 women. Furthermore, the age group of between 41 and 50 years old comprised 275 men and 68 women. The 51-60 years age group consisted of 75 men and 25 women. "There are also five men aged over 60 years old," he said. Previously, BNPB Chairman concurrently the Head of the Task Force for the Acceleration of COVID-19 Response Lt. Gen. Doni Monardo said volunteers had a crucial role in dealing with the outbreak of the novel coronavirus. "The team of volunteers is important for us today because the COVID-19 outbreak cannot be tackled by the government alone," he remarked. As of Saturday (28/3), Jakarta had the highest number of COVID-19 sufferers reaching 603 patients, of which 42 were declared cured and 62 died.(ANTArA) In Indonesia, the total number of COVID-19 positive patients reached 1,285 people. Of the number, 64 people were cured and 114 dead.(ANTARA)

Written by Ani Hasanah
Published in News
Read 37 times
Mount Merapi, straddling the provinces of Central Java and Yogyakarta, erupted again on Saturday morning, spewing a plume of smoke and ash up to two thousand meters into the air.
The most active volcano in Indonesia that erupted at 5:21 West Indonesia Standard Time (WIB) was recorded on the seismogram to have an amplitude of 50 millimeters and a duration of 180 seconds, the Center for Investigation and Development of Geological Disaster Technology (BPPTKG) stated on its Twitter account monitored in Yogyakarta.
"The eruption column observed was two thousand meters high from the peak," the agency noted.
The BPPTKG has, until now, maintained the status of Mount Merapi at Level II, or alert.
For the time being, the agency has advised against conducting climbing activities, except for the purpose of investigation and research related to disaster mitigation efforts.
The BPPTKG has appealed to local residents to not conduct any activity within a three-kilometer radius from the volcano's peak.
The volcano erupted twice on Friday (March 27).
The first eruption that occurred at 10:46 WIB spewed an ash column five thousand meters high, while the second eruption recorded at 21:46 WIB emitted a one-thousand-meter high ash column. (ANTARA)
Read full article
Twitter 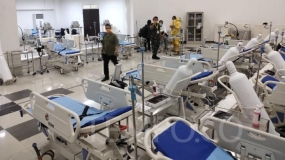 Written by Ani Hasanah
Published in News
Read 43 times
The Indonesian Task Force for COVID-19 Response has appointed Jakarta's Military Commander (Pangdam Jaya) Major General Eko Margiyono as head of the newly set-up emergency hospital for treating coronavirus infections in the city.
The hospital is housed in the same building in Kemayoran, Jakarta that was used to accommodate thousands of athletes during the 2018 Asian Games.
"I have been assigned to lead the Wisma Atlet Emergency Hospital," Maj. Gen. Eko Margiyono announced in a press statement in Jakarta on Saturday.
He will be responsible for the day-to-day operations of the hospital.
The hospital, which was officially inaugurated on March 23, 2020, is currently treating 208 persons who tested positive for the coronavirus.
If the number of positive patients continues to increase, two additional towers in the building complex will be converted into treatment rooms, said Maj. Gen. Eko Margiyono.
"If the situation gets worse, we can apply the next scenario, namely (using) towers four and five," he remarked.
The government has converted two towers — number six and seven — in the Wisma Atlet complex into a maintenance area. Another tower is being used to provide accommodation to health workers, volunteers, and nurses, and one tower is serving as the center of the task force's operations.
Eko said the Wisma Atlet Emergency Hospital is continuing to improve facilities and resources in anticipation of an increase in the number of COVID-19 patients.
The Jakarta Regional Leadership Communication Forum (Forkopimda) has estimated that the number of patients could jump to 6,000-8,000.
The Ministry of Health, the Ministry of Public Works and Public Housing, the Ministry of State Enterprises (BUMN), the Indonesian Defense Forces (TNI), the Indonesian Police (Polri), and volunteers, among others, have assisted in the operation of the hospital and in the provision of infrastructure and facilities. (ANTARA)
Read full article
Twitter 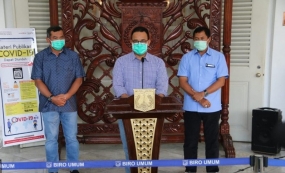 Written by Ani Hasanah
Published in News
Read 42 times
Jakarta Governor Anies Baswedan once again appealed to residents of the capital city to stay in and not leave for their hometowns amid the ongoing COVID-19 outbreak.
"I have reiterated this message many times. We would again like to ask the people of Jakarta to not leave the city, especially for their hometowns," he said during a press conference in Jakarta on Saturday.
The appeal was aimed at ensuring Jakartans remained healthy and medical services could be provided to them immediately, if the need arose, he explained. The request was made to prevent the coronavirus disease from spreading to more areas, he added.
Health facilities in Jakarta were limited given the number of active COVID-19 cases, however, the condition in the city was still relatively better than in other regions, he remarked.
"Hence, I hope everyone will adopt a responsible attitude and stay in Jakarta and not return to their hometowns," he said.
The COVID-19 emergency response in the capital city was also extended until April 19, 2020, from April 5 initially.
"Restrictions remain. Hence, the emergency response status has been extended from April 5 to April 19, meaning that the work-from-home (WFH) policy for Jakarta's civil servants, civilian-related military and police personnel remains in place, until the emergency response status is revoked," the Governor confirmed.
In the meantime, Indonesia recorded 109 new COVID-19 cases as of Saturday, taking the total case count in the country to 1,155, with 59 patients recovering and 102 others dying of the disease, according to the COVID-19 Response Task Force.
The increase in the number of new cases suggests coronavirus transmission has continued in the community, government spokesperson for COVID-19 handling, Achmad Yurianto, said during a press conference in Jakarta on Saturday.
Of the total confirmed cases, 627 were reported from Jakarta and 119 from West Java Province, he noted. (ANTARA)
Read full article
Page 6 of 704
Home