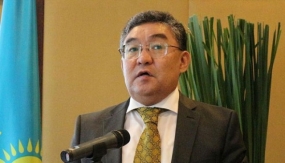 Kazakhstan Ambassador to Indonesia Askhat Orazbay asks Indonesia to continue to focus on global stability after its election as new non permanent member of the U.N. Security Council for 2019-2020.

"The fact that Indonesia has been elected four times as non permanent member of the Security Council indicated international recognition of the role Jakarta could play in promoting global peace," Askhat said in a written statement received by ANTARA news agency in Jakarta on Tuesday.

Indonesia will replace Kazakhstan to represent the Asia-Pacific. Kazakhstan will end its term as non permanent member of the Security Council by 31 December 2018 and Indonesia will take over on January 1, in 2019.

Ambassador Askhat said , Indonesia and his country share the same view on major international issues such as reconciliation in Afghanistan, Palestine-Israeli conflict, Syria crisis which are the main priority in the Security Council.

"Including strengthening global stability, coping with terrorism, radicalism and extremism," he said. 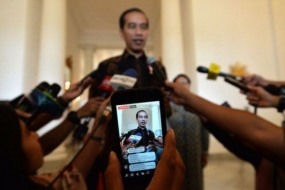 "We want to strengthen the ecosystem of peace and stability in the world by strengthening the culture of peaceful conflict resolution," he noted in the statement at the Bogor Palace on Tuesday.

Secondly, the head of state remarked that Indonesia wants to strengthen the synergy between the regional organization and the UN Security Council. Thirdly, Indonesia wants to improve a comprehensive approach in dealing with transnational crime, including terrorism.

"Also, we want to synergize efforts to create peace with the achievement of development agenda 2030," he stated.

Widodo also ordered the foreign minister to prepare well in the next six months for Indonesia sitting in the UN Security Council, which would start on January 1, 2019.

"This world’s trust is the responsibility that we have to properly engage," he remarked. (ANTARA) 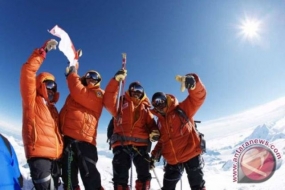 The Women of Indonesia’s Seven Summits Expedition Mahitala-Unpar (WISSEMU) team which has conquered the seven highest peaks on seven continents is the pride of the nation, Chief Presidential Staff Moeldoko said.

"Congratulations on the outstanding achievements. You have become the pride of the nation, inflame the name of Indonesia in the international world, so that outsiders can no longer underestimate our country," Moeldoko said in a written statement received by ANTARA news agency in Yogyakarta on Sunday.

Moeldoko who is a former Indonesian Miltary (TNI) commander for the 2013-2015 periods also said the struggle made by Didi and Mathilda is not easy.

"These are great people who are always making challenges as needs. The spirit of facing this challenge should be made viral to younger generation."

Indonesian female climbers, Fransiska Dimitri Inkiriwang (24) and Mathilda Dwi Lestari (24) managed to fly the Red and White flag on the summit of Everest on May 17, 2018, at 7:15 a.m Indonesian Western Standard Time (WIB).

They completed the 7 summits ascent of the seven highest mountains of the seven continents. The efforts to conquer the seven summits have been made since 2014.

Mathilda Dwi Lestari expressed gratitude because the Red and White flag can fly in seven world peaks. "This success is our dedication to national unity. For you Indonesia," she said. (ANTARA) 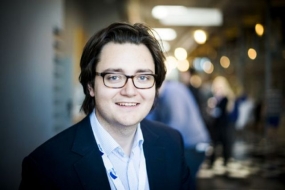 Indonesia and Norway strengthen collaboration on marine spatial planning to balance the management of economic benefits and efforts to restructure sea space in the national waters.

Norway, he said, has a great interest in reducing marine waste.

"We believe that plastic waste can adversely affect the quality of seafood that will be consumed," Holte said.

One of Norway`s commitments to reduce marine waste is through a trust fund used to help countries reduce sea waste.

This trust fund is provided through various determinations, one of them through the World Bank, and is channeled to countries requiring assistance for waste management at sea, including Indonesia.

The minister said the reduction of marine waste is one of Indonesia`s main policies related to maritime governance, in addition to the eradication of illegal fishing which has been the priority of the ministry to improve fishery governance in Indonesia.

Pudjiastuti also stressed that the use of trust fund is allocated to help communities on small islands that feel the direct impact of marine waste. Furthermore, Minister Pudjiastuti invited Norwegian Foreign Minister to participate in the implementation of Our Ocean Conference (OOC) 2018 which is scheduled to take place on 29-30 October 2018, at Nusa Dua Convention Center, Bali, Indonesia. (ANTARA)