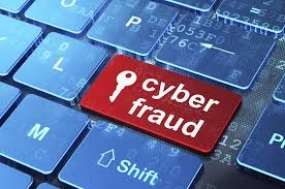 The Bali police have deported 105 Chinese nationals who were part of an alleged cyber fraud ring that targeted people living in China. The fraudsters would call up people and extort money by pretending to be government officials who had uncovered wrong-doing by the victims living in China.

The 105 Chinese nationals had tourist visas and they were deported aboard two planes chartered by the Chinese authorities at 12.00 local time," said the head of the Ngurah Rai immigration office, Amran Aris, here on Wednesday. The deportees had also overstayed in Bali, he said. "We did not charge them with immigration crime but they were deported for committing cyber crime." Aris said his office would continue to watch closely the inflow of foreigners to the resort island.

The Bali Deputy Police Chief, Brig.Gen I Wayan Sunartha, said the legal process against the deportees -- 11 women and 94 men -- would be conducted under Chinese law.

"The arrest of 105 Chinese nationals allegedly involved in cyber fraud was based on investigation conducted by the Bali regional police, the Denpasar police and the Chinese police," he said. The police had also worked with the Ngurah Rai Airport immigration office to deport them.

An official of the Bali Police`s special crime directorate, Agung Kanigoro, said investigation showed the Chinese nationals had entered the country through Ngurah Rai airport on tourist visas. They were not linked to any specific crime syndicate as yet.

"We have also arrested 11 Indonesians and questioned them as witnesses. They worked as domestic help in three locations rented by these Chinese nationals," he said.

The Chinese police would continue investigations to see whether they were linked to certain syndicates. "They (the perpetrators) targeted Chinese nationals living in China. They got at least Rp2 billion from the victims," said Agung. A joint team of the Bali Police`s special crime directorate, the Counter Transnational and Organised Crime (CTOC) task force and the SABATA antibandits, street crime and anarchism unit arrested the 105 Chinese nationals from three locations in May. 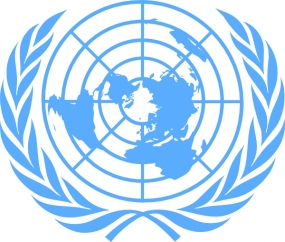 - Indonesia is set for a non-permanent seat in the UN Security Council when 193 member-states of the world body vote to appoint five new members in New York on Friday."Indonesia will voice the hope and views of countries if elected as a non-permanent member of the UNSC; also will be a bridge-builder to achieve common goals towards world`s peace and prosperity," the Indonesian Minister of Foreign Affairs, Retno Marsudi, said in a statement on Tuesday.Marsudi, leading the Indonesian delegation, is in New York for Friday`s election. She started her working visit to the UN Headquarters by hosting a diplomatic reception. In her remarks before ambassadors and diplomats, Marsudi conveyed Indonesia`s commitment to becoming a True Partner for World Peace, which is the slogan for its candidacy, and to contributing to world peace and stability.Indonesia had a long track record in contributing to peace and humanitarian efforts, Marsudi said. The country had been involved in UN Peacekeeping Missions since 1957 and currently ranks as the eighth-largest contributor to these missions. It had deployed 2,631 military and police personnel, 81 of them women, for several UN peacekeeping missions. Indonesia was also actively involved in humanitarian efforts in Haiti, Fiji and Nepal, which had been devastated by natural disasters.Indonesian activists were in the vanguard in addressing the humanitarian crisis in Bangladesh`s Cox`s Bazaar, Myanmar`s Rakhine State, Gaza of Palestine and Marawi of the Philippines."A country`s track record cannot be established in a day or in a month," Marsudi said. ( ant ) To be elected a non-permanent member of the UNSC, Indonesia needs two-thirds or about 129 of the votes in a secret ballot. Indonesia is competing with the Maldives for one seat allocated to the Asia-pacific group. Indonesia has held the seat three times in 1973-1974, 1995-1996, and 2007-2008.The Security Council has 15 members --five permanent (United States, United Kingdom, France, Russia, and China) and 10 non-permanent serving for two years. 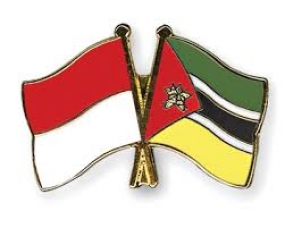 Indonesia and Mozambique has started their first-ever negotiations for a Preferential Trade Agreement (PTA) following a joint commitment reached during the Indonesia-Africa Forum (IAF) in April this year. Indonesia`s bilateral trade negotiation director in the Trade Ministry, Ni Made Ayu Marthini, said the first round took place in Maputo on May 31 and June 1. Most articles had been agreed on by the two countries."Our counterparts in Mozambique had welcomed our proposals on the agreement. As a result, the two parties have completed most articles of the PTA`s draft," she said in a statement on Tuesday ( 5 June ). The Mozambique delegation was led by the national external trade director, Amilcar Arone.Marthini, who led the Indonesian delegation, said that when the negotiations were completed by the year-end, Indonesia would have its first PTA with an African nation. "After the IAF in Bali, we (the two countries) are committed to establish the PTA," she added.Besides, the President, Joko Widodo, had instructed the Trade Ministry to expand business to non-traditional markets to increase exports.The PTA, Marthini said, was aimed at easing tariffs on products of both countries. Mozambique, she noted, was a potential hub in Africa for Indonesia`s exports. Marhini said there was potential for more collaboration between the two countries, including in raw materials. The total trade of Indonesia and Mozambique in the 2013-2017 period declined by 23.75 per cent. Indonesia`s trade balance with Mozambique remains positive. The number increased by 82.2 per cent from US$ 44.5 million in 2016 to US$ 54.1 million in 2017.Indonesian products that can be exported to Mozambique include soap, palm oil, cement, margarine and paper. Indonesia can import nuts, ferro-alloys, raw tobacco and cotton from Mozambique. ( ant ) 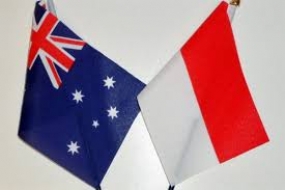 The Coordinating Minister for Political, Legal and Security Affairs, Wiranto, had a discussion on Monday with the new Australian Ambassador to Indonesia, Gary Quinlan AO, about cooperation on cyber security.Wiranto said cyber threats such as hacking continued to increase and the cases were becoming more complicated. So, Indonesia needed to improve its cyber security capabilities. One way was to learn from other countries, such as Australia, to improve the capabilities of the National Cyber and Encryption Agency, said Wiranto.The Minister and the Ambassador also discussed the two countries` efforts in combating and cutting off the financing of terrorism. Indonesia and Australia would also follow up on regional security cooperation against terrorism, which would involve the Philippines, Malaysia, Brunei Darussalam and New Zealand.Gary Quinlan AO, who replaced Paul Grigson as Ambassador, was making his first call on Wiranto. ( ant )