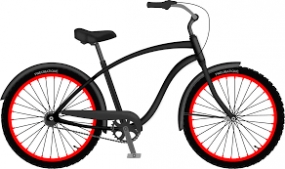 Written by Budi N
Published in News
Read 242 times
The United Nations observed June 3 as World Bicycle Day in an effort to encourage member-states to devote attention to the bicycle in development strategies and improving road safety.

"The bicycle is not only a means of transportation, but also an inseparable part of an efficient, environmentally friendly and healthy modern life," Indonesia`s Permanent Representative to the UN, Dian Triansyah Djani, said in a statement on Monday.

The UN General Assembly had on April 12, 2018, adopted a resolution declaring June 3 as World Bicycle Day. The resolution, which was supported by 193 member-states, encourages member-states to include the bicycle in international, regional, national and subnational development policies and programs. World Bicycle Day at the UN Headquarters in New York on Sunday was attended by ambassadors and diplomats as well as representatives of international organisations, bike enthusiasts, persons with disabilities, and para-cycling athletes.

"The adoption of the World Bicycle Day Resolution reflects international recognition to the bicycle as a means to achieve Sustainable Development Goals," said Djani.

More than 100 million bicycles are produced globally each year. Indonesia produced around six million bicycles in 2017, Indonesia`s Permanent Mission to the UN said in the statement. The growing number of bicycle users was expected to contribute to the growth of the global bicycle industry, estimated to be worth US$65.4 billion in 2022. ( ant )
Read full article
Twitter 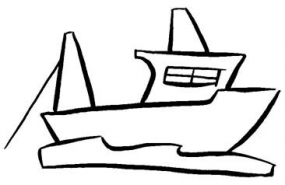 "Please consider remove import duty for Indonesia, as we are still subjected to a 7 percent import duty," she noted on a statement received by Antara News Agency in Jakarta on Friday.

Japan should grant free import duty for Indonesia`s fisheries product, such as given to Thailand and Vietnam, as it causes Indonesia lose in competitiveness with the two neighboring states, Minister Pudjiatuti pointed out during a meeting with Japanese Foreign Minister Taro Kono in Tokyo on May 30.

Pudjiastuti emphasized that Indonesia is fit to be granted with free import duty for its continuously and intensively effort in countering illegal fishing than the other two countries.

By granting free import duty, Indonesia and Japan will get mutual benefit as many Japanese business people invest in Indonesia`s fisheries industry.

In regards to the request, Minister Kono said that Japan currently has been reviewing bilateral trade policies with Indonesia. He promised to discuss it with Japan`s Minister of Agriculture. (ANTARA) 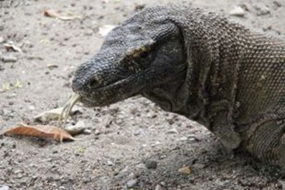 The Komodo National Park Office recorded that the United States was the main contributor of foreign tourists to Komodo Park from January to April 2018, reaching a total of 3,078 people.

"Foreign tourist arrivals in the first quarter of 2018 were dominated by the United States, with 3,078 visitors, from the total figure of 27,550," Head of Sub-Division of Administration of the Komodo National Park Dwi Sugiarto stated in Kupang, East Nusa Tenggara Province, on Saturday.

Sugiarto pointed out that countries that dominated tourist arrivals to Komodo during the January-April 2018 period were the United Kingdom, with 2,952 visitors, and Australia, with 2,831 travelers, in addition to 2,364 German tourists, 1,386 Dutch, and one thousand tourists from Italy.

Sugiarto noted that the flow of tourists to Komodo Park, one of the 10 national flagship tourist destinations, was dominated by foreign visitors.

The total number of tourists visiting during the time was recorded at 45,630 people comprising 27,550 foreign tourists and 17,640 domestic tourists.

According to Sugiarto, the flow of tourists increased sharply as compared to the first quarter in 2017, in which only 38,147 people were recorded.

This increase is supported by various intensive promotion efforts by relevant government agencies in the region along with the central government and tourism business players.

He noted that the number of tourist arrivals in 2017 was recorded at 125,069 people dominated by 76,612 foreign tourists, while domestic travelers reached 48,457 people.