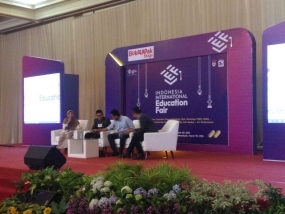 The World Indonesian Student Association (PPI Dunia) will hold a National Symposium in Jakarta on March 10, 2018. This national gathering is the first time held in Indonesia. National symposium Chairman Michael Siagian told Voice of Indonesia on Tuesday, March 6 that the symposium is usually held overseas to bring together students from 53 countries. This time the workshop will be held in Indonesia to involve the young generation and experts both from Indonesia and outside the country to prepare themselves as a generation that advances the nation in 2045 or 100 years of Indonesia's independence.

“Here why are we putting our views in the next 27 years, because we are keenly aware that in order to prepare for change we must prepare for development of a generation that we are no longer talking the next 1 year or 2 years. Well we determine that 27 years is enough time to make the younger generation become the nation’s spearhead,” Michael said. 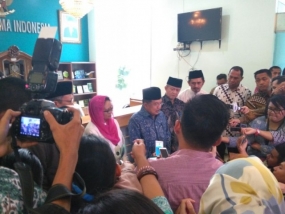 Indonesia again shows its commitment to realizing world peace. One of them is to host "Ulema Trilateral Conference" which will be participated in by Indonesia, Afghanistan and Pakistan. The three country Ulema Conference is  a series of efforts to lead the peace process in Afghanistan.  On Tuesday (6/3), in Jakarta, Vice President Jusuf Kalla, Foreign Minister Retno Marsudi, and the Indonesian Ulema Council -MUI held a closed meeting discussing the plan of the Ulema's Trilateral Conference. After the meeting, Vice President Jusuf Kalla said the role of ulema is very important in supporting the achievement of peace in Afghanistan.  The meeting in Indonesia will later become a legal umbrella, before the convening of a meeting which will discuss peace more technically. 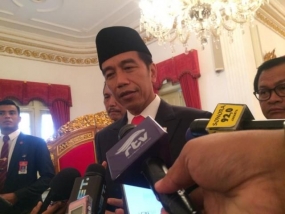 President Jokowi: Do not Let Divide and Rule Politics Disintegrate the Nation

President Joko Widodo (Jokowi) invites all elements of the nation to not easily be affected by hoax and slander that can divide the unity of the nation. According to him, slander that had been spread is so evil and cruel, so it should be investigated and prosecuted by the police officers.

"I think the police know it violates the law or not, and if it does, I ask whether it's Saracen or MCA, let’s pursue it, finish it completely. it can lead to the disintegration of the nation." Said President Jokowi when giving land certificates in Sentul area, Bogor, West Java, Tuesday (06/03/18)

Hoax scattered in social media so far tend to discredit President Joko Widodo who is slandered as a stooge of the Indonesian Communist Party (PKI). The President himself admitted he is really surprised and often furious with the "evil politics" used by certain individuals, to kill one's character and divide the nation. (KBRN / PRADIPTA / AHM) 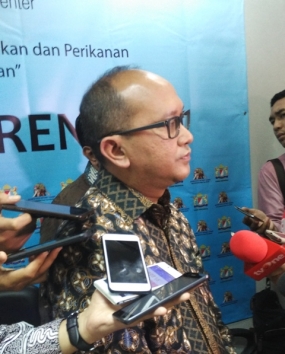 In addition to holding discussions, seminars and exhibitions of the national food commodity products as well as innovations in agricultural financing technology, the Indonesian Chamber of Commerce and Industry (KADIN) will sign cooperation of rural partnership arrangements with the Indonesian Ministry of Rural Development, Disadvantaged Regions and Transmigration in a series of events of the fourth Jakarta Food Security Forum (JFFS) to be held on March 8-9.

“From the event we will also present the signing ceremony of cooperation with the Minister of Village witnessed by the Coordinating Minister of the Economy. We are together with the regents and entrepreneurs who cooperate in the partnership program of the rural area. It will be performed and hope it is the first step we do with the village minister,” Vice Chairman of KADIN for Food Processing and Farm Industry, Juan P. Adoe said at his press conference in Jakarta, Tuesday(6/3).

Juan P. Adoe forthermore added through the signing of the cooperation, the Indonesian chamber of Commerce–Kadin hoped economic equity in the agricultural sector can be realized and new innovations emerge in the partnership program between farmers and businessmen to create and improve the national food security. (VOI/Rezha/NT)