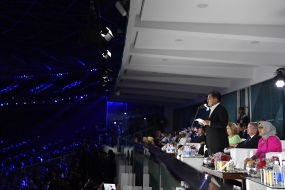 Vice President Jusuf Kalla gave his remarks on the closing ceremony of Asian Games 2018. He gave his gratitude to all inclunding, OCA, Inasgoc, Athletes, and all stakeholders. The president of IOC, Thomas Bach has attended this event. On his remarks, Vice President has also talked about the statement of IOC that Indonesia would be capable to organize big event such as Olympic Games. ( inasgoc ). 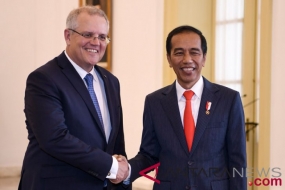 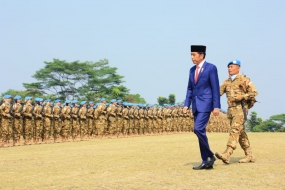 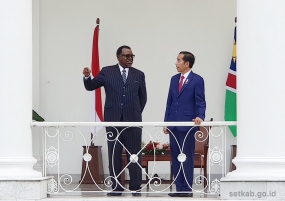 President Joko Widodo today, Thursday, August 30, 2018, received a state visit by the President of the Republic of Namibia, Hage Gottfried Geingob, at the Presidential Palace in Bogor, West Java.

Arriving at around 10:05 a.m., the arrival of President Geingob and his entourage was welcomed by the troops of the archipelago, the music corps, and the horsemen from Paspampres. A number of students wearing traditional Nusantara clothing also welcomed President Geingob by raising the flag of the two countries.

Indonesia and Namibia continue to improve cooperation and bilateral relations between the two countries in various fields. The increase in cooperation was discussed in the state visit of the President of the Republic of Namibia Hage Gottfried Geingob, at the Presidential Palace in Bogor, West Java, on Thursday, August 30, 2018.

Through this visit, the governments of Indonesia and Namibia agreed to enhance cooperation in the maritime sector, especially in the effort to combat illegal fishing.

"As we have witnessed the cooperation was agreed with the signing of the MoU related to fisheries and maritime affairs," the President said in a press statement with President Geingob after the meeting, as reported by the press release of the Deputy for Press, Protocol and Media Presidential Secretariat, Bey Machmudin.

In addition, Indonesia and Namibia also sought to improve cooperation in the infrastructure sector through the construction of 2,000 units of public housing in Namibia. The project is planned to be carried out by the Indonesian BUMN PT Wijaya Karya together with the Namibian company. (setneg)