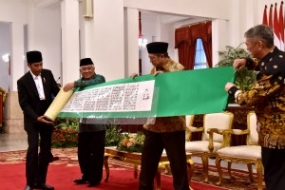 Indonesian President Joko Widodo officially opened the 2nd International Musabaqah Tilawatil Qur'an Recitation Contest, the 8th National Musabaqah Tilawatil Qur'an among Boarding Schools, and the 5th Congress of Jam'iyyatul Qurra wal Huffaz Nahdhatul Ulama at the Merdeka Palace, Jakarta, Wednesday (11/7). In his speech, the President expressed his hope that the Qur'an recitation of the Quran contest in both international and national level, can spread the values ​​of humanity not only to Indonesia, but also to all over the world. The humanitarian values ​​are in accordance with the empowerment program currently being run by the Indonesian government. In this case, Jokowi gave an example of the existence of Micro Wakaf Bank, Boarding School-based vocational education, asset redistribution program, and agrarian reform.

The 2nd International MTQ and the 8th National MTQ among Boarding Schools will be held from 11 to 15 July at Ash-Shiddiqiyah Boarding School, Karawang, West Java. This international and national MTQ is participated in by hundreds of participants from boarding school all over Indonesia. MTQ was also participated in by participants from six ASEAN countries and Pakistan. On the occasion, the President also received a giant embroidered Quranic Manuscript from a Malaysian businessman, Lee Kim Yew. (VOI/Ndy/AHM) 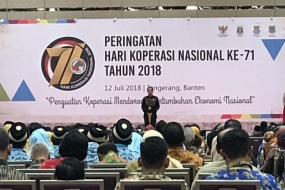 President Joko Widodo (Jokowi) is content with the increasing development of cooperatives in Indonesia, including their contribution to the gross domestic product (GDP). "I am satisfied with the significant development in cooperative sectors, and their contribution to increasing the GDP by 4.48 percent, from 3.99 percent earlier," the president remarked while attending the main event of the 71st anniversary of National Cooperatives Day at the Bumi Serpong Damai Indonesia Convention Exhibition in Tangerang on Thursday, July 13. He pointed to a significant increase in the development of the cooperative sector in Indonesia. "However, what we really need is a leap in mutual cooperation based on the economic system that we have," the president remarked. On the occasion, President Jokowi also pinned a gift to several figures, who received the award, and reviewed the National Cooperatives Day Expo 2018 that showcased Indonesian cooperative products. On the occasion, the president was also scheduled to disseminate information on a policy in which the Final Income Tax (PPh) for Micro, Small, and Medium Enterprises (MSMEs) is set at 0.5 percent . President Jokowi will acquaint the public with the policy in which PPh for MSMEs is set at 0.5 percent. Cooperatives and Small and Medium Enterprises Minister AAGN Puspayoga remarked that the 71st National Cooperatives Day 2018 is themed, "Strengthening Cooperatives to Support National Economic Growth." Puspayoga said equitable economic growth is needed to realize a just society. "The cooperatives have a strategic role to achieve equity, as there could be economic growth but it is enjoyed only by a certain group of people," the minister pointed out. Furthermore, he noted that to increase the role of cooperatives in realizing equitable economic growth, in accordance with the directive of President Jokowi, the Ministry of Cooperatives and SMEs has run the Cooperatives Total Reform through three strategic steps: Reorientation, Rehabilitation, and Development.(ANTARA) 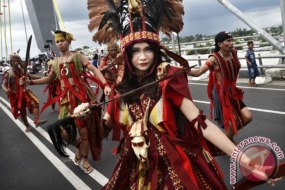 Manado Fiesta, the most vibrant and lively tourism event, scheduled from August 31 to September 9, 2018, in Manado, North Sulawesi, is expected to achieve huge success owing to support of several parties and companies. This year`s Manado Fiesta is planned to be different from that of 2017, as it will be held on land, at sea, and in air. For activities of Manado Fiesta at sea, competitions not held in the previous year comprise water skiing, jet skiing, dragon boat, and ornamental boat races along the Gulf of Manado. So far, at least eight companies have expressed their commitment to support and sponsor the Manado Fiesta 2018 for the success of the tourism event in North Sulawesi Province. In addition, third parties that have confirmed their willingness to support and sponsor the event are Aston Hotel, Swiss-Bell Hotel, Bank Lippo, Grab, Gojek, BNI, BRI and Bank SulutGo, according to Manado Tourism Office Chief Lenda Pelealu. With the support of third parties that has been officially confirmed to the government through the Manado Tourism Office, Pelealu believes that financing costs for the event can be reduced. In other words, she noted that the government can also contribute to reducing the budget for the implementation of the annual event of Manado Fiesta that will be held for an entire week in Manado. Pelealu also remarked that the support of third parties demonstrates that business players, including state-owned enterprises and local enterprises in Manado, are willing to make the event a grand success and bring in several tourists. The Manado Tourism Office chief also praised third parties that are eager to support the implementation of the event, as it is a sign of commitment to advancing the world of tourism in Manado. "We certainly would like to express our gratitude to the parties, which support the implementation of the Manado Feiesta," Pelealu noted. Expected to attract as many local and foreign tourists as possible to Manado and North Sulawesi, in general, the Manado Fiesta is being intensively promoted across the country and abroad. Mayor of Manado Vicky Lumentut has undertaken a tour of Indonesia to familiarize the public with the implementation of this international event. During the promotion of Manado Fiesta as part of the Indonesian tourism brand campaign of Wonderful Indonesia later at the Kelapa Gading Area in Jakarta, the Manado city government will invite Jakarta`s citizens of Manado origin, more popularly known as the Kawanua community, to gain a clear understanding of the details of the international event. The Kawanua community in Jakarta has also shown high enthusiasm for promoting and enlivening the Manado Fiesta, which will last from August 31 to September 9, 2018, in the city of Manado, the center of the North Sulawesi provincial administration. Manado Fiesta is also expected to be enlivened by the presence of US Ambassador to Indonesia Joseph Donovan Jr, who has been invited by Lumentut, the mayor of Manado. Lumentut conveyed the invitation directly to Donovan while attending the celebration of American Independence Day at the official residence of the ambassador in Jakarta this week. The US envoy had visited Manado for the first time early this year, and mesmerized by the panoramic beauty of the city, Donovan promised to visit the North Sulawesi provincial capital again. Hence, the mayor of Manado finds the Manado Fiesta as the most appropriate time to invite the US ambassador to Indonesia. "While visiting Manado for the first time, the ambassador was amazed by its diversity, as it is a heterogeneous city, but in fact the people here are very tolerant of one another. Hence, he was interested in coming again, so we invited him to attend the Manado Fiesta 2018," Lumentut remarked in Manado. According to Lumentut, Donovan responded positively to the invitation, although he has not officially confirmed his arrival to the Government of Manado City. The local government and people of Manado City are optimistic that the US ambassador would attend the international event of the Manado Fiesta 2018. Intensive promotions of Manado Fiesta 2018 were conducted by the local government, led directly by the mayor of Manado, in various cities in Indonesia and also in Singapore to attract as many tourists as possible from the country to the event. Hence, the Kawanua community across Indonesia is expected to return to Manado to enliven the Manado Fiesta 2018 to make it a success. To be held in the provincial capital of Manado, the fiesta will feature various forms entertainment in the city known for its spectacular marine beauty. In addition to the global promotion efforts of the Indonesian Ministry of Tourism, the local Tourism Office Chief Lenda Pelealu has invited the local and national media to maximize publicity. The Manado Fiesta features seven main events: fish and coral, food, fashion, flying, fair, fun-music, and faith. This year, given the preparations, the fiesta is expected to be bigger and better than that in the previous year. It will be enlivened by collaborative land, sea, and air attractions. Aimed at promoting the city and its several scenic diving spots, the Fiesta will involve all of Manado`s residents. Fashion shows and flying events will follow. The Tumpa area will offer paragliding to visitors. Music and food shows showcasing local seafood delicacies are being organized -- jazz music by the Manado Bay. In recent years, the tropical destination has become increasingly popular among foreign visitors, particularly from China. The Manado Fiesta 2018 will be held about a month after the Enchantment Bunaken Festival to preserve nature and cultural arts in Bunaken Island, North Sulawesi Province. This festival, being organized from July 19 to 22 by the Ministry of Tourism and the North Sulawesi provincial government, aims to promote sustainable tourism on the island of Bunaken.(ANTARA) 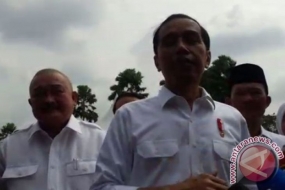