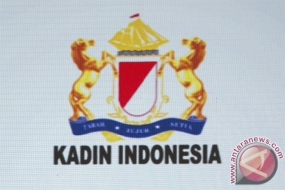 The Indonesian Chamber of Commerce and Industry (Kadin) and the Indian Embassy in Jakarta have set up an India Bilateral Committee to push cooperation between business people of the two countries.

"This committee is ready to facilitate Indonesian and Indian businessmen who are interested in expanding their businesses in the two countries," said the Kadin Deputy Chairman for International Relations, Shinta Widjaja Kamdani, during the inauguration of the India Bilateral Committee in Jakarta on Friday. The committee will work under the Indonesian Chamber for International Relations.

Shinta said the committee would serve as a catalyst in enhancing economic relations and achieving investment and trade targets, especially in mining, infrastructure, manufacture, pharmacy, digital and service sectors.

These six sectors are the focus of the agreement reached by business people of the two countries during the Indonesia-India CEO Forum held on the sidelines of President Joko Widodo`s visit to India in December 2016.

The committee would help businessmen of the two countries by providing relevant information, she said.

The Indian Ambassador to Indonesia, Pradeep Kumar Rawat, said the business people of the two countries still had many avenues to explore. "India will continue to offer a wide chance for Indonesian businessmen to cooperate with India in various sectors," he said.

For its part, the committee would encourage the availability of relevant information to develop Indonesian and Indian businesses, he said. 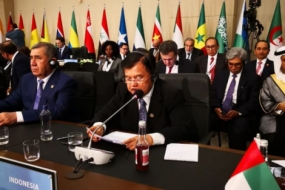 Indonesian Vice President Jusuf Kalla joined a peaceful rally for Palestine at Yenikapi Field in Istanbul, Turkey, ahead of the Organization of Islamic Cooperation (OIC) Summit on Friday.

Besides Kalla, the rally was also participated in by the delegates of OIC Summit participating countries, and the people of Turkey, according to a press statement received by Antara News Agency in Jakarta on Saturday.

"Vice President Kalla joined the rally on the invitation of President Erdogan as host," vice presidential spokesman Husain Abdullah remarked at the scene.

He said Kalla’s presence in the rally was part of Indonesia`s struggle for Palestine.

During the peaceful rally, Kalla and the OIC Summit delegations urged the United Nations to take decisive steps over the removal of the US Embassy to Jerusalem.

In addition they also urged the United Nations to investigate the deaths of a number of Palestinians during a rally in the Gaza Strip when it refused to move the US Embassy to Jerusalem. (ANTARA) 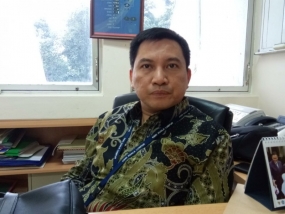 To be cautious of terrorism and radicalism, Indonesian citizens in Malaysia are appealed to smartly use social media. Malaysian and Indonesian security forces continue to monitor the use of social media. This was stated by Police Attaché of the Indonesian Embassy in Kuala Lumpur, Malaysia, Police Commissioner Chaidir to RRI on Friday (18/5). He urged Indonesian citizens in Malaysia to be cautious of the use of social media to avoid becoming victims of the terrorists’ network which is now growing rapidly. 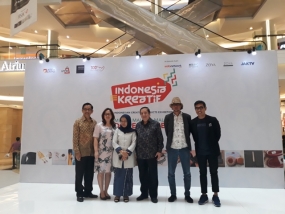 The Ministry of Trade disclosed to keep improving market access for small and medium enterprises (SMEs) to compete with other similar products sold in the malls. One of them is by holding mall-to-mall exhibition 2018 with the theme “Indonesia Creative” which takes place at Kasablanka Mall in Jakarta on May 16-20, 2018. Director General of Domestic Trade at the Ministry of Trade, Tjahya Widayanti said in Jakarta on Thursday (May 17) that the mall is chosen as the location of the exhibition because it is likely to bring in a large number of visitors.

“Over the last a few years, we’ve always held Mall-to-Mall exhibitions. The goal is to raise groups of SMEs so that they can be recognized by the mall owners so they can enter the mall. Well that’s the first. The second one is to expand market access for the groups, because if they sell at the mall, this mall has a lot of visitors. The mall can be visited by hundreds of visitors every day. This is also a pretty good market yes. That’ why, we start at the mall,” Tjahya Widayanti said.

Tjahya Widayanti further remarked that mall-to-mall exhibition can motivate the business creators to increase the added value of their products through the utilization of local raw materials. Thus, the produced products will have a uniqueness that can compete with similar imported products that penetrate the Indonesian market through international brands. The selected SME players as the participants in this exhibition have been carried out based on quality, uniqueness, creativity, and innovation in producing high value handicraft art, and they are ready to compete in both domestic and international market. Mall-to-Mall 2018 is a commitment of cooperation between the Ministry of Trade and the Association of Indonesian Shopping Center Management (APPBI) with the signing of a Memorandum of Understanding on the Implementation of Small and Medium Micro Trade Exhibition at Indonesian Shopping Center on February 1, 2018. (VOI/Rezha/Trans by Rhm)