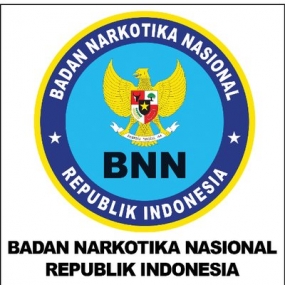 National Narcotics Agency (BNN) has released news update from 1,375 Ton of Shabu disclosure by international narcotics network worthRp. 5 Trillion in Batam, Riau Islands Province. The head of the agency, Police Commissioner General Budi Waseso in Jakarta said the disclosure of 1, 375 Ton Shabu is done with synergy and cooperation with the Navy.

Budi Waseso said "We get preliminary information related to this network from Chinese and Thai intelligence about the plan to send crystal meth by ship. Actually, the ship has been detected by the agency and Customs for three times. Although, the actual results of disclosure and search by the navy", .

Budi Waseso further said, previously had informed the Sunraise Bluri Ship to the Navy suspected of carrying drugs, where the ship is alleged to often pass through Indonesian waters to supply drugs to the country. The agency predicts there are still a number of ships that will again supply drugs to Indonesia, which until now is still monitored. He said that the agency arrested 4 suspects Taiwanese citizens and still dismantle the contents of the ship to know the mode of deception of international drug-carrying carriers. Budi Waseso expressed the suspicion of Sunraise Bluri Ships from the peculiarities of the Taiwanese ship feature but the Singapore flag, as well as the type of fishing vessel but not the fish.The agency said the raw material came from Taiwan and processed in China. (Rezha) 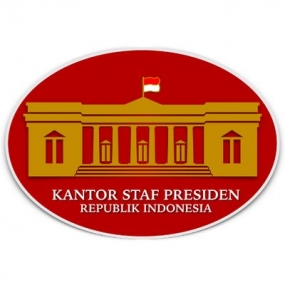 Head of the Office of Presidential Staff (KSP), Moeldoko, said he would continue to seek a joint solution to overcome the complexity of efforts to improve the competitiveness of Indonesia's economy. He mentioned the issue is quite complex and field execution becomes the key. This was said by the Head of Staff Office of President Moeldoko, in Jakarta on Tuesday, February 20th. Moeldoko continued, his side is committed to continue looking for a way out together, so what the orders of President Joko Widodo can be realized or at least the remaining gaps can be reduced. To achieve such an exit, the office will hold the relevant parties. In the Plenary Cabinet Meeting, February 12, 2018, discussed the government work plan in 2019, which is the last year of the implementation of development 2014-2019. He said the government will focus on running programs that focus on equitable development for quality growth in the implementation of development 2014-2019. KBRN 21.02.2018 Sg trans by Rezha 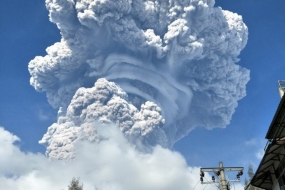 Written by Ani Hasanah
Published in News
Read 275 times
Mount Sinabung condition this morning is very calm. Head of Regional Disaster Management Agency (BPBD) Karo Martin Sitepu, Tuesday (20/2)  said in Karo, North Sumatra, there is no eruption and roar like yesterday morning. On Monday (19/2) Mount Sinabung erupts with great intensity. Hot clouds glide up to five kilometers. Several areas in Karo were covered in volcanic ash. It even reaches Lhokseumawe, Aceh. BPBD is still cleaning the roads which covered in volcanic ash. Residents around the foot of Mount Sinabung, who had left home due to volcanic dust, have started to return to their villages. Although Sinabung did not erupt this morning, BPBD Karo still prohibits people from entering the red zone of a five kilometers radius to seven kilometers from Sinabung. Observation Post staff of Mount Sinabung, Muhammad Asrori, said this morning, from the southeast, Sinabung clearly visible. Mount Sinabung status until now still on level IV or alert. The height of the ash column reaches 5,000 meters. There were no casualties and house damage due to the incident. Meanwhile, National Disaster Management Agency (BNPB) Public Relations Center Head Sutopo Purwo Nugroho said that any plane should not pass around Mount Sinabung. Volcanology and Geological Hazard Mitigation Center (PVMBG) has raised volcano observation warning for flights from orange to red.   The eruption occurred 607 seconds accompanied by hot clouds glided as far as 4,900 meters to the south-southeast and 3,500 meters to southeast-east direction. (Tempo)
Read full article
Twitter