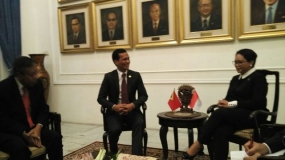 Indonesia and Timor Leste to Focus on Enhancing Economic Cooperation

Indonesia and Timor Leste as directly adjacent neighboring countries are to enhance their economic cooperation, especially related to infrastructure development in the territory of Timor Leste and border areas between the two countries. According to Indonesian Minister of Foreign Affairs Retno L.P. Marsudi the increasing of economic cooperation has become one of the main discussions in a bilateral meeting with the Minister of Foreign Affairs and Cooperation of the Democratic Republic of East Timor, Aurellio Gutteres at Gedung Pancasila, Ministry of Foreign Affairs, Jakarta, Wednesday, January 31st, 2018.

“Second, we also agree that the focus of cooperation is to strengthen economic cooperation. In the context of economic cooperation, several issues we discussed together, namely the improvement of infrastructure development cooperation and we discussed the problem, agreed that the construction of Motaain Bridge can be done immediately. Because this bridge is very important to be a bridge of people to people contact,” Minister of Foreign Affairs Retno L.P. Marsudi said.

In addition, Minister Retno L.P. Marsudi added that with regard to infrastructure development, Timor Leste also expects investors from Indonesia to invest in infrastructure sector, especially the construction of public housing./// (VOI/Rezha/AHM) 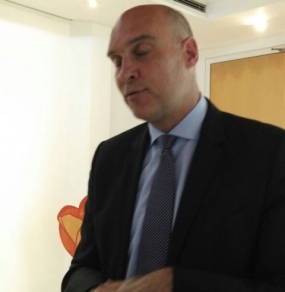 “We want them to learn sustainable practices because if they want to continue also farming in the future, if it is not sustainable the land will degrade and they couldn’t use it anymore for the farming. So, sustainability is also a key pillar in the approach we are doing the projects,” Ferdinand Lahnstein said.

Ferdinand Lahnstein added sustainable agriculture development has been undertaken by the Kingdom of Netherlands Government since two decades ago. One effort to achieve a sustainable agriculture sector is to create a system called a "triple-helix" involving entrepreneurs, non-governmental organizations and educational institutions. The system will also be applied in Indonesia./// (VOI/Rezha/AHM) 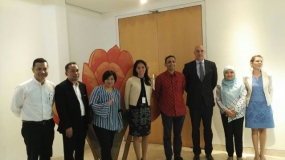 “I think we’re spending 10 to 20 million Euro on 20 different projects, I would say, in Indonesia. It’s mainly on provincial level, so it’s only a limited, it’s done with central government. Most projects are on the sub-districts level,” Ferdinand Lahnstein.

Ferdinand Lahnstein added the Kingdom of Netherlands Government considered Indonesia is a country with a very large potential in the agricultural sector with great natural resources and biological diversity. He hopes through bilateral cooperation between Indonesia and the Kingdom of the Netherlands, Indonesia can increase its capacity in the agricultural sector through the development of vocational schools and training in agriculture, animal husbandry, horticulture, fisheries, and agricultural technology and research./// (VOI/Rezha/AHM) 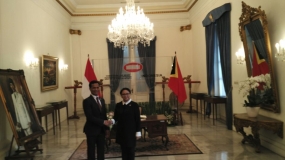 The two foreign ministers in this meeting will discuss a number of issues that have been the concern of both countries such as technical cooperation and education and training cooperation, infrastructure development in border areas, connectivity, and border issue negotiations. Related to border issues, the two ministers agreed to accelerate the negotiation process of two unresolved landline segments that have not been resolved. (rz)