The Indonesian government plans to update vocational education. Head of National Development Planning Agency, Bambang Brodjonegoro told the media in  Jakarta on Wednesday (21/2) that the update will be conducted from curriculum, infrastructure, school building until other supporting instruments. The purpose of the update is to produce as many as workers who are ready and have special skills.

“…It has become direction of the president that firstly, we must upgrade our vocational education, certainly from curriculum, infrastructure, school building, instruments until system of internship. Besides, we settle its vocation; we want to produce as many as workers who are ready to work skillfully and later the skills are from middle to high,” Bambang Brodjonegoro said.

Bambang Brodjonegoro added that vocational education is not enough for formal education. He views that there is a form of vocational education  whose base is not from formal education, such as  training centers and specific courses.  Competency-based certification also has an important role. With the certification,  employers can employ workers who have clear standard of skills. Bambang Brodjonegoro also said that the workers who receive certain competency certifications do not need to worry about not being absorbed by the employment.  Because they will enter the category of work that is not easily replaced by automation. (Rezha/trans-Yati) 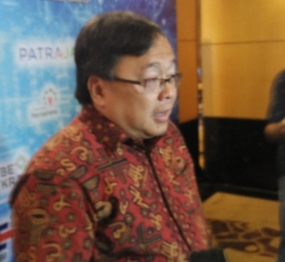 440 Regencies and Cities in Indonesia Connected with Bandwidth

Bambang Brodjonegoro further said that the connection shows the readiness of  Indonesia in facing the rapid development of the digital world. He views that all cities which have been connected with bandwidth and Palapa Ring become big capital for Indonesia to utilize digital economy which has big potential. Palapa Ring is a national fiber optic network construction project which will reach throughout Indonesia, with sea and land wires. The Palapa Ring will support bandwidth connection throughout Indonesia. (Rezha/Trans-Yati) 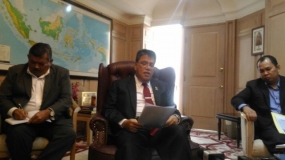 Malaysian Ambassador to Indonesia, Zahrain Mohamed Hashim said that Malaysian government will monitor and guard the death case of an Indonesian migrant worker from East Nusa Tenggara, Adelina Jemira Sau. Even, the Malaysian government makes sure that the perpetrators, found guilty, will be processed legally in accordance with the local law.  Meanwhile,  the trial process of 2 suspects who were Adelina's employers, was held at Bukit Mertajam Court, Penang, Malaysia on Wednesday (21/2). When holding a press conference in Jakarta on Wednesday, Ambassador Zahrain Mohamed Hashim explained that one of Adelina’s employers is charged on immigration case because of hiring non-procedural foreign worker.

“….It is humanitarian issue, which we must fight together. The Malaysian government will not compromise with the crime. And we will make sure that the criminals, who are responsible for the death, are arrested and on trial in accordance with the law in Malaysia. And if found guilty, they will have maximum penalty of hanging to death," Zahrain Mohamed Hisham said.

President Joko Widodo acknowledges that his meeting with chairmen of political parties was held to discuss the implementation of the Simultaneous Regional Head Election in 2018 and the Presidential Election in 2019. The President said that he held the meeting to ensure that the elections both regionally and nationally can run safely and peacefully. However, he affirmed that the meeting with the chairmen of the political parties has not discussed the list of candidates for president and vice president who will fight in the 2019 Presidential Election.