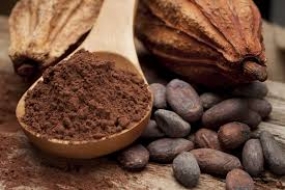 State plantation firm, PTPN XII will supply cocoa products produced by its subsidiary, PT Rolas Nusantara Mandiri, to New Zealand this year."New Zealand is a new market for the company. So far, we had exported the products through traders," President Director of PTPN XII Berlino Mahendra Santosa stated, after signing a memorandum of understanding with PT Sarinah (Persero) in Jakarta, on Monday ( 12/3) If the company sells the commodities directly to the factory, the supply chain will be shorter. The volume of cocoa supplied to New Zealand is 40 tons in a single delivery. The company had fulfilled the requirements of selling the commodities directly to New Zealand in November 2017."On Wednesday, we will go to New Zealand to meet other requirements," Santosa remarked.Commodity-based products, such as coffee, tea, and cocoa, produced by companies are the highest quality products in the world. Through marketing the products directly to New Zealand, the company could attract world-class chocolate producers and learn from them. Indonesia must compete other countries to export the cocoa. "World famous chocolate factories in New Zealand buy raw materials from Ghana and Nicaragua," Santosa revealed. ( antara ) 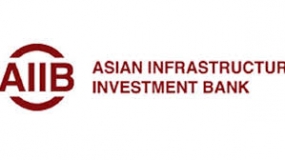 Indonesian President Joko Widodo (Jokowi) thanked the Asian Infrastructure Investment Bank (AIIB) for funding several Indonesia`s infrastructure projects. Speaking at a meeting with the AIIB delegation at Bogor`s Presidential Palace  on Monday ( 12/3 ), Head of state also expressed his high appreciation for the bank`s role over these past two years. The AIIB has so far helped fund three ongoing infrastructure projects in Indonesia. Hence, President Widodo has urged the AIIB to be more efficient and effective in finalizing deals with Indonesia.

Following the meeting, Chairman of the AIIB delegation Christopher Legg remarked that the Government of Indonesia is keen to work with AIIB in resolving challenges in building infrastructure. Speaking in connection with the request, Legg, who is the representative of AIIB Australia, noted that the bank had only disbursed loans for three projects in Indonesia as the AIIB had just operated for two years and had still maintained stable management, with the human resources and representative offices."We have offered 20 loans in two years, of which three are for Indonesia. I hope this would grow step-by-step to at least four to five billion in the next two years, and Indonesia will receive a significant part of the funds. However, it should be applied in accordance with the needs of each region," he emphasized.During the meeting, President Jokowi lauded the AIIB for supporting Indonesia`s infrastructure development and conveyed his best wishes for the bank`s future. "I want to thank you for taking a part in financing some infrastructure in Indonesia in the first two years," he remarked.The president also welcomed the AIIB delegation to visit some construction sites in Indonesia, such as the Mass Rapid Transit in Jakarta and toll roads in the Yogyakarta Special Region, as well as in Solo, Central Java. Indonesia is one of the founders and shareholders of AIIB that was established in 2016. During the first two years of AIIB`s operations, Indonesia had received US$216.5 million in loans to finance three projects: elevating slum areas program, regional infrastructure development fund, and damage rehabilitation and safety operational safety fund II.Legg`s delegates comprised representatives from some AIIB member countries: Indonesia, Kazakhstan, Turkey, France, Italy, Bangladesh, India, the United Kingdom, Laos, Israel, and Poland. ( antara ) 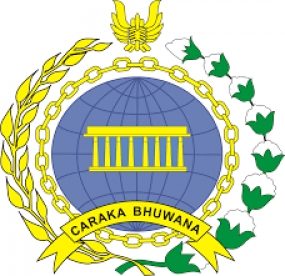 From Singapore, Minister Marsudi will depart for Moscow, Russia, to attend a bilateral meeting with her Russian counterpart, Sergei Lavrov. Minister Marsudi is scheduled to visit Russia on March 12-13 to discuss the strengthening of bilateral cooperation between Indonesia and Russia and the planned visit of Russian President Putin to Indonesia. ( antara ) 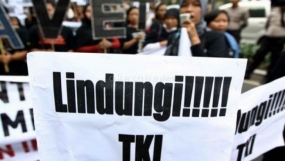 Two Indonesian migrant workers identified by their names as Mateus Seman and Milka Boimau, both originating from East Nusa Tenggara, have been found dead in Malaysia. Timoteus K. Suban, the Indonesian Migrant Workers Placement, Protection and Monitoring Agency (BP3TKI) Kupang chairman, informed ANTARA, in Kupang on Monday ( 13 March )  and he added "These two workers were dead because of their prolonged illness," Suban said that Seman was a resident of Gurung Liwut Village, Borong Subdistrict, Manggarai District, while Boimau was originated from Kotanes Village, Amarasi Subdistrict, Kupang District.The agency, Suban noted, has just received the information on Saturday last week (March 10). The Malaysian authority stated that the two migrant workers have passed away earlier this month.The bodies of Seman and Boimau have been returned to their hometowns in East Nusa Tenggara on Sunday (March 11). Meanwhile, the agency also has noted that the two migrant workers had been illegally entered Malaysia. ( antara )