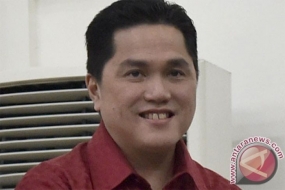 The Asian Games 2018 Organizing Committee or INASGOC will establish three security zones during the upcoming Asian Games in order to prevent vandalism, which had previously happened to the Main Stadium of the Gelora Bung Karno Sports Complex in Senayan, Jakarta."We will intensify our security measures, as we have carried out before during the test event, which is by only opening up two doors, one for accredited individuals and one for ticket holders. at the same time, there would be three security zones," said Chairman of INASGOC Erick Thohir in Jakarta, Monday.The first security check point, he continued, is the area where people will be searched one by one before entering any of the sports venues, including the Gelora Bung Karno Sports Complex in Senayan, Jakarta or Jakabaring in Palembang, South Sumatra."Everyone will be searched before entering the areas. They would not be allowed to carry bags or anything, they could only bring their tickets," he said. Then in the second zone, INASGOC officers will check the spectators` tickets. "There would be no ticket sales in the arena because all tickets will be sold online," he said.Finally, the third security zone is at the entrance to the arena. "The ticket will be checked again to ensure the seat number," he said.Security of the Asian Games 2018 will be increased during the opening and closing ceremonies on August 18 and September 2."Cars would not be allowed to enter the Gelora Bung Karno area during the opening and closing ceremonies except for the President and President of the Olympic Council of Asia (OCA), even OCA ministers and guests would have to use the bus to enter the area, including myself," he reiterated.In addition to the GBK and Jakabaring sports areas, a number of other Asian Games sports venues such as football stadiums will also use the same security measures, except with only two security zones."Considering that the environment is different, we will implement two zones, Deputy IV of INASGOC will have more on the details about the security of the arena," he said.Tohir further stated that the Asian Games 2018 also serves as an opportunity to improve the spectator culture of sporting events, including the use of public transportation, the queuing habit and maintaining public facilities. (ANTARA) 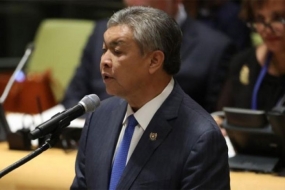 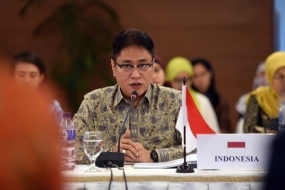 Indonesia, EU Kick off 4th Round of I-EU CEPA Talks

Written by Ani Hasanah
Published in News
Read 279 times
Indonesia and the European Union have commenced the fourth round of talks on the Indonesia-European Union Comprehensive Economic Partnership Agreement (I-EU CEPA) in Surakarta, Central Java. Discussions will run until February 23. Indonesian Trade Ministrys international trade director general, Iman Bambagyo, who chairs the Indonesian delegation, says his side will focus on market access during the talks. Iman said in a statement on Monday 19/2 that the ministry sees the fourth round as important because it marks the beginning of the substantial stages, particularly for market access for goods and services. Other issues to be discussed include those that had been discussed in previous rounds of talks, including the trade of goods and services, investment, intellectual property rights, business competition, sustainable development, small and medium enterprises, capacity cooperation and development. Iman said negotiations on the I-EU-CEPA were expected to be completed this year.  Both parties want to establish modern and comprehensive economic ties. The major issue for Indonesia is a trade barrier for Indonesian palm oil following the decision by the EU Parliament on Jan. 17 to phase out the use of biodiesel manufactured from palm. (JP)
Read full article
Twitter

Written by Ani Hasanah
Published in News
Read 312 times
The number of Japanese tourists visiting Bali in 2017 rose 7.65 percent to 253,000 from around 235,000 in the previous year.  Head of the Bali branch of th Central Bureau of Statistics (BPS) Adi Nugroho said in Denpasar on Sunday (18/2) that most of them flew in here directly from Japan with only 651 by tourist boats. apanese were the fourth largest foreign tourists in number after Chinese, Australians and Indians. Japanese tourists made up 4.44 percent of the total number of 5.69 million foreign tourists visiting Bali in 2017.  Earlier head of the Bali Tourism Office AA Yuniarta Putra said he hoped Japan Airlines (JAL) would serve regular flights between Bali and Japan. Yuniarta said Garuda Indonesia and Japan-based airline ANA (All Nippon Airlines) and Air Asia already served regular flight between Bali and Tokyo and Osaka. Indians accounted for 4.79 percent of the total number of foreign tourists visiting Bali in 2017. The eight countries of origin included China, India, Japan up 7.69 percent, Britain up 10.07 percent, The United States 12.11 percent, France 7.61 percent, Germany 15.11 percent and South Korea 15.45 percent. (ROL)
Read full article
Page 598 of 672
Home