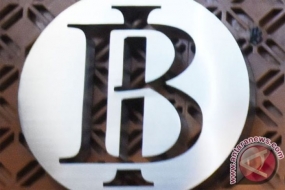 Indonesian economy is not overheating: BI

The widening trade balance and current account deficits until the middle of the second quarter did not indicate that the Indonesian economy was overheating, according to Bank Indonesia (BI).

Adityaswara remarked that the trade deficit of US$1.52 billion in May 2018 can add to the current account deficit projected at above 2.5 percent, but it will not exceed three percent of the national gross domestic product in the second quarter of 2018.

Indonesia recorded a trade deficit of $2.38 billion during the period from January to May 2018.

Imports during the January-May 2019 period include imports for addressing the long-term economic needs. The imports for infrastructure development were valued at $4 billion; defense, at $1.1 billion; and rice, $400 million.

"Actually, trade balance during the January-May 2018 period suffered a deficit. However, if imports for long-term infrastructure development are excluded, the trade balance will record a surplus," he noted.

Given the assumption, despite a rise in the trade balance and current account deficit, the Indonesian economy is not overheating.

In addition, other indicators, including bank loans that only rose 10.2 percent year-on-year and 2.9-3 percent year-to-date as of May 2018, suggested that the Indonesian economy is in the process of recovery. (ANTARA) 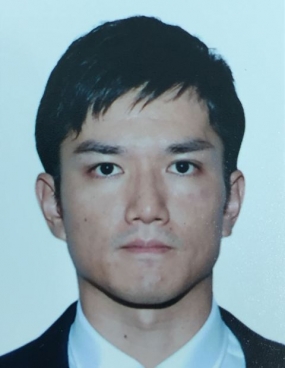 The Japanese Government in Medan, North Sumatra, will host the Japan Day at the Caritas Foundation, a Center for Treatment and Drug Addiction Recovery in Lubuk Pakam, Medan, North Sumatera. The Foundation receives Japan’s grant aid worth one billion forty-one million rupiah through Grassroots program of 2016 financial year for the construction of a drug addiction treatment and recovery center. The Japan Day is a friendship commemorative event between Indonesia and Japan, one of which is established through the Grant Aid Grassroots granted by the Government of Japan to the selected Foundation in Indonesia. Vice Consul of Japan in Medan Masamu Yamamori said, during the commemoration, the Japanese government through its local staff will review the allocation of budget and socialize assistance programs from the Government of Japan to the community.

"Firstly is to follow up the funds given to the foundation to be used properly. Secondly is to introduce our office activities in the area," said Yamamori.

The Japan Day will also be held together with families of patients. The Japanese government hopes the gathering with the family can provide much information on the importance of family support in the healing process of drug addiction. (DS/Trans/Ndy) 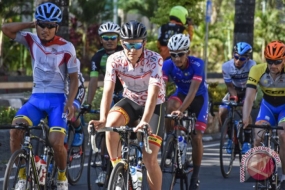 The government of East Nusa Tenggara will hold the 2018 Tour de Flores event this coming November.

The event has been included in the permanent annual event calendar and was supposed to be held in May, but it is being postponed until September as the government needed to gather their resources, Head of Tourism Promotion from the East Nusa Tenggara Tourism Office, Eden Klakik, told Antara in Kupang on Wednesday.

"It was supposed to be held in May; however, we only had Rp2 billion allocated, while we needed Rp5 billion. Therefore, the organizers decided to not hold the event," he noted.

He further stated that the local government has decided to allocate another Rp3.5 billion to the event in the 2018 Regional Budget revision, which has led the organizers to agree to hold the event in September.

In terms of preparation, the office is currently getting ready for the Sandalwood Horse Parade in Sumba island, which will take place from July 7 to 14, and they will be gearing up to prepare for the event as soon after the parade finishes.

"We hope the public are more ready, so they could enjoy financial benefits too," he remarked.

He urged the local community to demonstrate hospitality to the tours participants.

"Friendliness and comfort are the main keys for everyone to make them return to the province," Lebu Raya asserted.

East Nusa Tenggara, known as a province of one thousand islands, plans to organize the two international cycling events on the islands of Flores and Timor annually to promote tourism in the region and at the international level.

The province offers a wide array of natural scenery, culture, ethnicity, handicrafts, ancient sites, and unique traditions that could be showcased to foreign tourists, he revealed. (ANTARA) 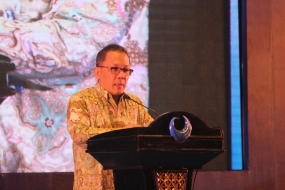 Stunting and Malnutrition Must be Overcome by Inter-Sectors

Indonesian Institute of Sciences (LIPI) in cooperation with National Development Ministry and Ministry of Research, Technology and High Education and other related ministries as well as institutes held the 11th National Widyakarya of Food and  Nutrition in Jakarta on 3 -4 July 2018. It is a forum of multi stakeholders of academicians, government, industries and people to recommend the target of policy for food and nutrition in Indonesia. Head of LIPI Laksana Tri Handoko at the agenda said stunting and malnutrition as national problems that need to be overcome by inter-stakeholders. He further explained the intervention of prevention through governmental policy is important so that the problems can have appropriate solution.

“National Widyakarya of Food and  Nutrition has 2 main targets. Firstly, to formulate the policy strategy of inter sectors related to food and nutrition as input for National Mid-term Development Planning in 2020 – 2024 which is being discussed by National Development Ministry including nutrition standard. Secondly,  to formulate various research themes to answer the problem related to stunting as input for national priority research in 2020 – 2024,” Laksana Tri Handoko said.

Meanwhile, Minister of Research, Technology and High Education, Mohamad Nasir explained National Widyakarya of Food and Nutrition must be a direction in developing food and nutrition research in the future so the output research can have direct impact  to the quality improvement of human resources. He said  to increase the capability of science and technology and innovation in supporting food and nutrition sectors, it needs long time, hard-working, consistency and cooperation of inter stakeholders. (VOI/AF/DP)