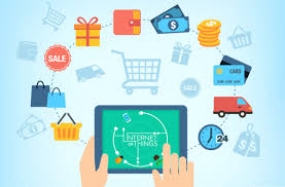 The Indonesian government will soon complete a draft regulation on e-commerce, in order to create business equality in the country, Trade Minister Enggartiasto Lukita said. E-commerce is inevitable; however, the government wants business equality between e-commerce traders and conventional traders, he stated, while addressing a seminar and limited-working meeting of the Indonesian Association of Shopping Centers (APPBI) in Jakarta, on Thursday ( April 12 ) "I want the same level of playing field. We will complete the draft government regulation in two weeks or one month," he noted.Lukita remarked that he will propose that imported garlic should pass through the bonded logistics zone to check it more easily."We will propose that the imported goods should pass through the bonded logistics zone first. Therefore, we will relocate warehouses to the zone. Otherwise, the goods will go unchecked," he revealed.He asked conventional traders to anticipate a shift in people`s lifestyle in almost all parts of the world. The real sector is part of the economic activities, which create more jobs and contribute to the Indonesian economy, he added."We must adjust to it. We cannot oppose the mainstream. The adjustment is needed as each country has its own characteristics. But do not underestimate the intention to do business," he pointed out. (antara)

The World Bank has projected Indonesia`s economic growth to reach 5.3 percent in 2018, lower than the target set at 5.4 percent in the State Budget 2018."We predict Indonesia`s economic growth to be 5.3 percent in 2018, up from 5.1 percent in 2017," a World Bank Senior Economist, Derek Chen, stated in Jakarta on Thursday ( April 12 ) According to Chen, Indonesia`s economic growth this year will be driven by investment, as well as household consumption, considering the general elections of administration heads, which will be held across the nation this year."The investment is very strong, and we see that the household consumption will rise slightly in line with the election," Chen remarked.He added that the elections in 2018 and 2019 will not interfere with domestic economic activity. After the elections, investment will grow faster because political uncertainty will begin to subside."Now, investors may be waiting for what will happen in 2018 and 2019 and assume it is not too surprising. Investment will then flow again because of the reduced political uncertainty. This not only happens in Indonesia but also in other countries," he revealed.In a report titled World Bank East Asia and Pacific Economic Update April 2018: Enhancing Potential released on Thursday, the economic growth of developing countries in East Asia and Pacific regions is expected to remain strong and reach 6.3 percent by 2018. The outlook for a broad global recovery and strong domestic demand supports this positive projection. However, emerging risks to stability and sustainable growth require serious attention.The World Bank underscores that even with favorable prospects, policy makers in the regions are advised to recognize and address challenges. Tighter monetary policy and larger fiscal buffer are required to face short-term risks, which are associated with rising interest rates of developed countries that rise faster than expected, and the possibility of an escalation of trade tensions. According to the World Bank, increasing public and private investment, productivity growth, and human resources are the keys to promoting long-term growth. ( antara ) 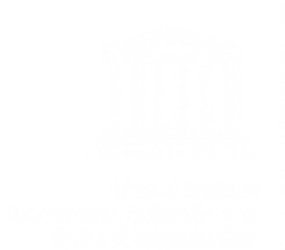 Indonesia to Increase Its Role in UNESCO

Through the United Nations Educational, Scientific, and Cultural Organisation (UNESCO) Executive Board`s membership for 2017-2021 period, Indonesia looks to improve its role to be more beneficial for UNESCO, Culture and Education Minister Muhadjir Effendy stated. The minister made the statement on the sidelines of the UNESCO Executive Board Session at the organization`s headquarters in Paris where Coordinating Minister Puan Maharani conveyed the Indonesian government`s view on UNESCO on Tuesday. Maharani conveyed Indonesia`s view on the government`s policy in the field of cultural and human resource development as part of the country`s duty in UNESCO.On the occasion, Maharani conveyed an official statement from the Government of Indonesia, including the country`s commitment to providing assistance to UNESCO. She noted that being elected as one of the members of the UNESCO Executive Board for the 2017-2021 period, Indonesia is keen to increase its role for the benefit of the organization.The inclusion of Indonesia into the Executive Board of UNESCO is expected to have a mutual influence, and Indonesia`s presence can also be felt by all members of the organization, especially in various forms of cooperation that have been established and also assistance sought by other countries. In addition, the UNESCO Executive Board membership can be useful for Indonesia in the context of development of culture and human resources. ( antara )