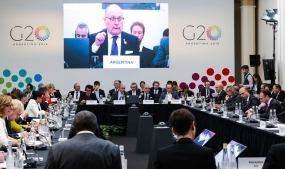 Indonesia and Japan Agree to Increase Aid for Palestinians

Indonesia and Japan agreed to increase their support of humanitarian aid to Palestinian refugees during the G20 Foreign Ministers Meeting in Buenos Aires, Argentina. The commitment of both countries was conveyed by Indonesia Minister of Foreign Affairs Retno Marsudi while meeting with her Japanese counterpart Taro Kono on the sidelines of the G20 Foreign Ministers Meeting in San Martin Palace, Buenos Aires, Argentina on Monday, a press release from the Indonesia Ministry of Foreign Affairs stated on Tuesday.Marsudi discussed the situation in Palestine, especially the dwindling humanitarian aids for Palestine refugees, with Japanese foreign minister. Both ministers agreed to increase their support to Palestine through Cooperation Among East Asian Countries for Palestinian Development (CEAPAD)."We agreed to strengthen CEAPAD cooperation to support Palestine. Indonesia hopes Japan will not move its embassy to Jerusalem," Marsudi noted in her Twitter account.Marsudi and Kono also exchanged views on Indo-Pacific cooperation and ASEAN centrality in the region. The G-20 Foreign Ministers meeting was attended by foreign ministers of G-20 member states and invited guests. ( antara )During Sunday`s session, the foreign ministers discussed the general global outlook, while Monday`s agenda focused on multilateralism and global governance as a response to new cross-border challenges, ranging from cybersecurity to the use of information and communication technologies to the changing paradigms in trade and migration.On the second day of the meeting, Marsudi conducted bilateral meetings with several foreign ministers, such as Australian Foreign Minister Julie Bishop, Saudi Arabian FM Adel bin Ahmed Al Jubeir, and Britih FM Boris Johnson. (antara)

"With regard to security we have asked for help from related parties. We have been oriented to finishing our task well including sports team, venues, transportation, medical and security teams," he said during a visit to Gelora Bung Karno main stadium.

Inasgoc continued collaborating with TNI (military) and the police with regard to security of Asian Games including its opening and closing ceremonies, he said.

"We hope for support from all parties because Asian Games is not only Inasgoc affairs. The president has instructed to treat it as a national event and not mere events in Jakarta and Palembang," he said.

Erick called on all people to attend the opening ceremony of the 18th Asian Games at Gelora Bung Karno stadium to make it part of history of sporting event in Asia.

"I could not as yet explain the opening ceremony in detail. But when will we get an opportunity again to become part of the history by seeing the opening ceremony directly as it may not possibly happen again in the next ten years` time. People may only enter the stafium from the gates in Sudirman," he said.

Indonesia will implement a zero tolerance policy with regard to security starting from the preparation period to the conclusion of the events in Jakarta and Palembang.

"Our target will be its implementation itself using zero tolerance international standard at arenas of events and non-events as well as some other locations," inasgoc deputy chairman Sjafrie Sjamsuddin said.

He said multi-layer security system by TNI and the police would also be applied on the fields of transportation, traffic, information technology as well as Asian Games torch parade starting from July 15 to 18 through 18 provinces. (antara) 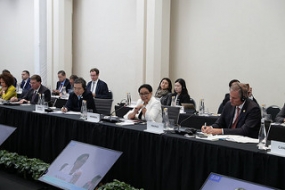 The Indonesian government has called on all G20 member countries to become global models and problem solvers amidst the many uncertainties in the world, the foreign ministry said in a press statement here on Tuesday."Since 2008, the world community has been looking at the G20 as a reference in facing global challenges. Therefore, the G20 should lead by being a role model, and always try to be a solution to global problems," Indonesian Foreign Minister Retno L.P. Marsudi said.The statement was presented by Minister Marsudi at the G20 Foreign Ministers Meeting in Palacio San Martin, Buenos Aires, Argentina on Monday (May 21).At the first session of the G20 Foreign Ministers meeting entitled Multilateralism and Global Governance, Marsudi asserted the importance of G20 in creating a balance between the interests of developed countries and developing countries.Related to that, she emphasized the need for G20 to increase its efforts in completing the discussion on various global strategic issues, such as reforming the international financial system as well as strengthening open, fair and transparent multilateral trading system.In addition, the Foreign Minister also discussed the importance of multilateralism. Furthermore, Minister Marsudi stressed the importance of improving governance quality in the G20.The minister also requested the G20 member countries to be consistent with the implementation of their commitments and resolutions."It is time for the member countries to create a more concise, substantive, accountable and transparent G20 governance system," Marsudi said.On the sidelines of the second G20 meeting, Minister Marsudi held a bilateral meeting with Australian Foreign Minister, Julie Bishop; Japanese Foreign Minister, Taro Kono; Saudi Foreign Minister Adel bin Ahmed Al Jubeir; and British Foreign Minister Boris Johnson. 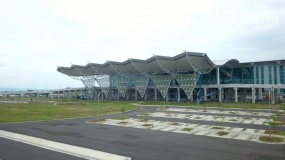 Kertajati Airport to Operate on May 24

Kertajati Airport in Majalengka, West Java Province, will officially operate on May 24, beginning with the inaugural landings of two planes from Jakarta and Bandung (West Java)."There will be a historical landing flown by Garuda Indonesia," Minister of Transportation Budi Karya Sumadi stated in Jakarta on Tuesday ( 22 May )Budi added that on May 24, 2018 Kertajati Airport can be already functioned, and technically the airport is ready to operate even before that date."Today is also ready. But internationally it will be allowed for flights on May 24," he said.On the same occasion, the Director of Operations of Indonesian Air Navigation Service Provider (AirNav Indonesia), Wisnu Darjono, confirmed that Kertajati Airport is ready to be operated on May 24, 2018 at 00.00. On the official operational day there will be two flights back and forth between Bandung and Kertajati. Garuda Indonesia and Batik Air will be the airlines which will be landing at the airport."From May 24, the airport will be open for operation. We have published internationally that on May 24 at 00:00 the airport is operational," he said.Kertajati Airport will be the transit embarkation of Hajj as the runway has not been able to accommodate wide-bodied aircrafts. Currently, the runway has 2,500 meters long so it cannot be accommodated wide-bodied aircrafts such as Boeing 777 which is commonly used for hajj flight. ( antara )