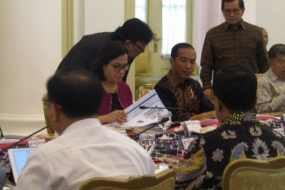 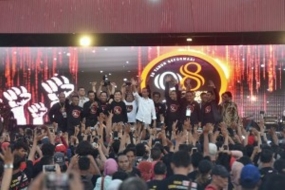 Indonesian President Joko Widodo answered the request of a number of ‘’98 activists at the 98 National Activists Meeting on Saturday, July 7th in Jakarta. A number of requests were made regarding the establishment of a national hero entitle for a number of students who were victims of the 1998 reform movement. Responding to the request, President Joko Widodo said he would follow up the proposal with the relevant parties. He said that 98 reformation has become part of the history of Indonesian nation that gave birth to freedom of expression, democracy and openness. Jokowi also hopes that in the current era of openness, all parties can use it to contribute to the progress of the nation.

“Regarding the title as a national hero or Bintang Jasa (honorary medal). It will soon be followed up and I will also pass it on to all 98 activists. Therefore it is a marker that 98 has opened the greatest space for freedom of expression, a more democratic society, freedom of the press. I think we should have a marker that the era is the beginning of an era of openness, and an era of freedom in our country. And we hope that in the long term it will give a space to contribute to our nation and people, President Joko Widodo said.

In addition to setting the national hero title for students who died in the 98  incident, the 98th National Consultative Council also requested that the 7th of July be commemorated as the Day of Unity in Diversity. They also asked President Joko Widodo to thoroughly investigate the human rights violations that have occurred. The activists also expressed their commitment to keep the Unitary State of the Republic of Indonesia from the threat of intolerance, radicalism and terrorism and reject the use of ethnicity, religion and race issues in political practice in Indonesia. The activists are also committed to continuing the 98 reformation struggle against the practice of corruption, collusion and nepotism in the state. (VOI/Ndy/DP) 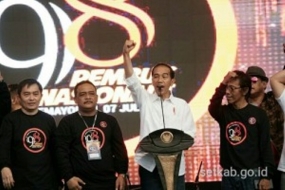 “At the right moment we will announce. Just wait, for the right time. I already have and it will be announced,” President Joko Widodo said. 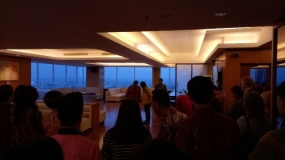 “For me, this six-year term is very pleasant in Medan. With the new Consul General, Richard will bring new ideas and ways of working to make this relationship better,” Mark Low said.

Meanwhile, representing North Sumatera Governor, North Sumatra Province's Economic Development Assistant, Ibnu Sri Hutomo expressed his gratitude for the good relationship developed by the government of Singapore and North Sumatra administration as well the people of North Sumatra. Ibnu is optimistic that the relationship will be better in the future. (KBRN/Dewi/Trans by Rhm)