Indonesia is promoting maritime tourism potentials at the world`s largest tourist exhibition, ITB Berlin (Internationale Tourismus-Borse Berlin) held in Berlin, Germany on March 7-11, 2018. Indonesian Ambassador to Germany Arif Havas Oegroseno here on Friday said as an archipelagic country, Indonesia has great potentials in maritime tourism that is highly in demand by European tourists.Oegroseno said he would explore potential markets for Indonesia`s maritime tourism and offer it to foreign tourists in the event which was participated in by about 10 thousand participants from 180 countries around the world and would be visited by at least 100,000 people.According to Oegroseno, Indonesia`s participation in the tourism exhibition is aimed at introducing the national potential of maritime tourism, arts, cultures, diversity, and hospitality.The ambassador said Bali has become a world-wide tourist attraction so that he hoped Ngurah Rai International Airport in Bali could be like Soekarno Hatta airport in Cengkareng to facilitate tourists who want to visit the island.Having many beautiful places, Indonesia is working to develop 10 new destinations located across the country. The 10 places are Borobudur in Central Java, Mandalika on Lombok Island (West Nusa Tenggara), Labuan Bajo in Flores (East Nusa Tenggara), Bromo-Tengger-Semeru in East Java, Thousand Islands in North Jakarta, Lake Toba in North Sumatra, Wakatobi in Southeast Sulawesi, Tanjung Lesung in Banten, Morotai in the northern region of Halmahera in the Maluku Islands and Tanjung Kelayang in Belitung (Bangka Belitung). (antara) 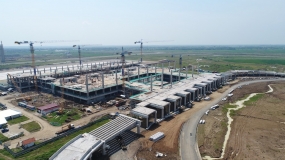 The Ministry of Transportation, through the Directorate General of Air Transportation, has announced that the Kertajati International Airport in Majalengka District, West Java, will be open to all aircraft from across the world."We have announced to the world that the new Kertajati International Airport will serve flights from around the world," Air Transportation Director General Agus Santoso remarked after attending a coordination meeting at the Ministry of Maritime Affairs here on Friday.Santoso explained that according to the initial plan, Kertajati Airport will be used as an embarkation point for West Java`s Hajj pilgrims in July 2018."Hence, Coordinating Minister of Maritime Affairs Luhut Binsar Pandjaitan has coordinated on some related matters with the Ministry of Transportation and the Ministry of Religious Affairs," Santoso remarked.Santosa explained that with regard to handling flights, the airport is 100 percent ready, including the runway, taxiway, apron, monitoring tower, and passenger air bridge.In the meantime, West Java Governor Ahmad Heryawan, better known as Aher, expressed optimism that the Kertajati International Airport would become operational as scheduled in April 2018.He revealed that the progress in work of the Kertajati Airport project was not hindered and delayed."So far, no hindrance was encountered in the construction process," the governor stated, adding that the first phase of the airport`s construction will cost some Rp2.6 trillion.Earlier, Kertajati Airport was planned to have only one runway, with a capacity to handle 5.6 million passengers per year, and was expected to serve as an alternative for the citizens of West Java and parts of Central Java.In accordance with the master plan, the airport, built on an area of some 1.8 thousand hectares, will have two runways, with a length of 3.5 thousand meters and three thousand meters respectively, to accommodate wide-bodied Boeing 747 and Boeing 777 aircraft (antara) 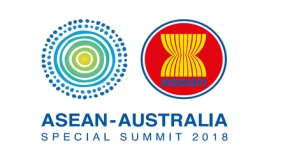 President Joko Widodo (Jokowi), accompanied by Foreign Minister Retno Marsudi, will attend the ASEAN-Australia Special Summit in Sydney, Australia on March 18, ASEAN External Cooperation Director Benny Siahaan said in Jakarta, on Thursday ( 8 March )"The ASEAN-Australia Special Summit that will be attended by Jokowi on March 18 is aimed at pushing for strategic cooperation between Australia and ASEAN," he stated.He noted that the meeting would be a special one as it would be the first between heads of member states of the Association of Southeast Asian Nations held outside ASEAN member countries.He added that several programs to be held at the special summit include ASEAN-Australia business summit, disaster management, engagement, economic partnership, and counter-terrorism partnership meetings.The main documents to be produced from the summit are Sydney Declaration and Counter-Terrorism memorandum of understanding (MoU).Sydney declaration is a document that will be adopted by ASEAN and Australian heads of states and governments containing commitment to ASEAN and Australia action plan.The counter-terrorism MoU will contain concrete cooperation steps between Australia and ASEAN in overcoming terrorism. It will be signed by the ASEAN Secretary General Lim Jock Hoi and Australian Foreign Minister Julie Bishop and witnessed by heads of states and governments of ASEAN and Australia. (antara) 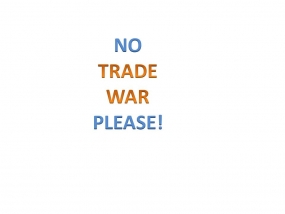 Indonesia is ready to retaliate if the administration of the US President Donald Trump conducts a trade war against the country, Indonesian Vice President Jusuf Kalla stated on Thursday ( 8 March )."If he hinders the entry of our crude palm oil into the US, we will certainly also reduce our soybean and wheat flour imports from that country. It will be like that. We import soybean, corn, Boeing aircraft, and wheat. How many aircraft have we even bought from there?" he noted at the Institute of Police Science in Jakarta. He remarked that foreign countries will challenge the trade war policy implemented by President Trump.President Trump had triggered a trade war with foreign countries by imposing a 25 percent tariff on steel imports and a 10 percent tariff on aluminum imports on grounds of protecting domestic products of the United States.Meanwhile, Finance Minister Sri Mulyani has warned of the potential of a trade war if the US government really imposes tariffs on the imports of steel and aluminum."World history has demonstrated that the impact of a trade war on the global economy would be devastating," she pointed out.Mulyani noted that the world is awaiting certainty on the plan that has the potential to trigger retaliation from countries sharing trade relations with the United States through tariffs. (antara)