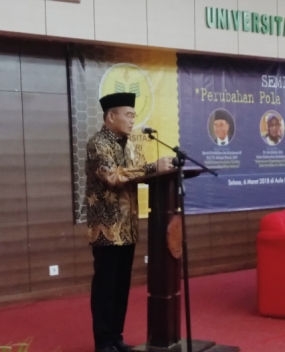 The State University of Jakarta -UNJin cooperation with some organizations, held seminar of education with the theme "Change of Mindset in the Education System of Millennium Era”at the State University of Jakarta on Tuesday (6/3). The seminarwasan advanced event of the Book Review entitled "Strategy of Brain Development" which was written by Conny R. Setiawan. The seminar of education was attended by Minister of  Education and Culture, Muhajir Effendi. In his speech, minister Muhajir Effendi very appreciates to the event.

“Of course, this is an honor for me to be invited in the qualified event and I actually has no potential to be a speaker among those who are more deserve to be speaker in the seminar. My friend tries to prove that I give very high appreciation,” 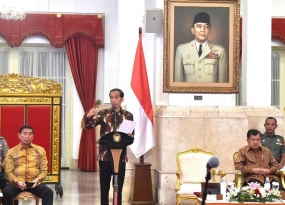 Indonesian President Bewares the tendency of trade protection of other countries

A number of countries are currently issuing policies which protect their domestic products.  It must be anticipated so that the policy will not impact on Indonesian export. This was stated by President Joko Widodo in a plenary cabinet session in Jakarta on Monday (5/3). Specifically, the Head of the state mentioned on the tendency of Indonesia’s export destination countries which apply protectionist policies in their trade activities.

“It has been appeared tendency of some destination countries of our export in applying the protective and protectionist trade policies, and we should strengthen our export competitiveness,” President Joko Widodo said

Furthermore, President Joko Widodo also reminded his ministers to find alternative export market. Therefore, if there are any obstacles in a certain country, Indonesian product still has market opportunity in other countries. Previously, in the meeting with the Indonesian ambassadors and managers of Indonesian Trade Promotion Center ITPC recently, president Joko Widodo also has instructed to find alternative non-traditional markets to expand the country’s export. (KBRN/trans-yati)

The macroeconomic framework and fiscal policy in 2019 become special topic of discussion in the Plenary Cabinet Meeting at the Presidential Palace in Jakarta on Monday (5/3). In the session, President Joko Widodo reminded his ministers to be alert to the dynamics of the world's economy that continues to move dynamically.

“I would like to remind you related to the implementation of the State Budget 2018 or the draft of the State Budget 2019, to keep alert, to anticipate the dynamics of the world's economy which continues to change dynamically. Either related to the interest rates, commodities, capital inflows and outflows, and exchange rates. It can influence our economy and competitiveness,” the President said.

Previously, President Joko Widodo in a number of opportunities has invited private parties to play a role in the economy. This is due to the government recognition to the role of the private sectorand the limited state budget. Therefore, the President asked his ministers to create innovation and involve broader private business. trans-yati//(voi/rilis setkab) 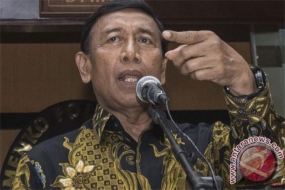 Coordinating Minister for Political, Legal, and Security Affairs Wiranto has called on local candidates to hold their election campaigns peacefully and avoid any potential conflict. "It is okay to hold a campaign, but do not spread hoax and hatred and avoid the use of the issue of race, religion, and inter-group (SARA) that could spark unrest in the country," Wiranto cautioned here on Monday.

Wiranto noted that the government has taken some measures to tackle the spread of fake news these days, including the establishment of an anti-hoax team and inter-institution cooperation.

The government will also develop technology to counter fake news.

He also urged all parties to not hinder the smooth implementation of the simultaneous local election, legislative as well as presidential elections.

"We have called on the police chief to seek, arrest, and take stern measures against those found spreading hoax, regardless of who he or she is, whether an individual, group, or organization. We will eradicate this," Wiranto asserted.

Indonesia is planning to hold simultaneous local elections on June 27, in which 17 provinces, 115 districts, and 39 municipalities will elect their leaders.