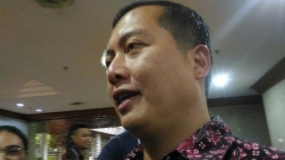 Malaysia Asked to Give Justice to Adelina's Death Case

Furthermore Muhamad Iqbal added that both Indonesia and Malaysia saw the death case of the 29-year-old woman as a tragedy. Since post mortem results on Adelina's body have been issued by the Malaysian authorities on Thursday, February 15th, the repatriation of the body will soon be done. According to Iqbal, his side has been communicating intensively with the family of the deceased which is represented by Adelina’s uncle and her father, who are ready to receive the body at her hometown. (KBRN/RETNO/AHM) 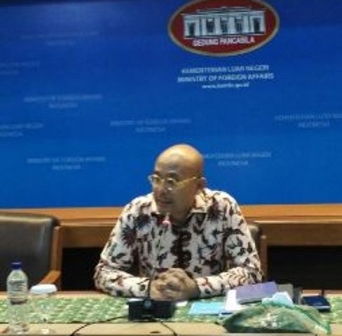 Indonesian Ministry of Foreign Affairs seeks to intensify culinary diplomacy or gastro-diplomacy as part of efforts to increase economic diplomacy that has recently become the attention of the President of Indonesia, Joko Widodo in the Meeting of Indonesian Representative. Culinary diplomacy is, one of them, manifested through the opening of typical Indonesian restaurants in various countries spread all over the world. This was conveyed by Indonesian Foreign Ministry Spokesman, Arrmanatha Nasir in a press conference in Jakarta on Thursday, February 15th.

Arrmanatha Nasir added, culinary diplomacy is one effective ways to introduce Indonesia to the international public who has not known much about Indonesia. In addition, it is also expected through the increasing efforts of culinary diplomacy, Indonesia can increase exports of Indonesian products, especially Indonesian typical spices and food ingredients needed to make Indonesian processed food and beverage. So far, Indonesia itself has implemented culinary diplomacy by utilizing several culinary icons that have been popular worldwide. One of them in 2010, Indonesia promoted rendang as a typical Indonesian cuisine. Rendang Diplomacy turned out to produce good results. Rendang has become the most delicious food according to the US Cable News Network (CNN) version through Facebook Poll, followed by nasi goring or fried rice in the second position. (VOI/Rezha/AHM) 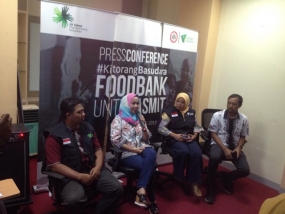 "As we know even though the outbreak has been revoked, it is not necessarily that all the assistance to the people there is gone. From what we have known that the most important thing there is not just to give something for them to eat after it is done because it is related to the condition of malnutrition, but how we see the root cause, namely how to arouse the people’s awareness on education, how to maintain health. Through education, they should have been able to use their fertile land into something useful to them," Henny Rusmiati said.

Meanwhile, Health General Manager of Dompet Dhuafa dr. Rosita Rifa'i explained that in Food Bank for Asmat program there will be health intervention, education of food supply and management and supervision kampong or healthy kampong. (VOI/RIFAI/AHM) The Indonesian General Elections Commission (KPU) uses special mechanisms in General Election 2019. Through a special mechanism called the drop box, KPU seeks to increase the participation of Indonesian citizens abroad, especially those working in the plantation sector with limited access. This was conveyed by the Chairman of the General Election Commission of the Republic of Indonesia, Arief Budiman, after handing over Data of Potential Resident of Voters from the Indonesian Foreign Affairs Minister at the Ministry of Foreign Affairs office, Jakarta, Wednesday (14/2).

"Every country has its own kinds of mechanism. The problem is, for example, there is one country which citizens mostly work in plantations. They live in shelters in the middle of the plantations. Well that is our difficulty. Hence there is one mechanism called the drop box. So we bring ballot boxes there. We invite our citizens, then they use their rights to vote there. Then we bring the box home, and we count on the day of voting," said Arief Budiman.

Arief Budiman added that so far according to data collected by the General Election Commission, the number of permanent voters abroad in the 2019 General Election is more than 2 million people. According to him, the data has been much better than previous compiled data, because it has been through the process of cleaning or recounting. In addition, reflecting on the experience of the previous General Election, one of the biggest challenges that must be faced related to the data collection of Indonesian citizens who will participate in the 2019 General Election is the mobility of Indonesian citizens, both between cities in the same country or different countries. (VOI/ Rezha/AHM)