Community Health Centers (Puskesmas) has a very big role as the First Level Medical Facility. Sixty percents of the total population has been served by the Community Health Centers (Puskesmas). This was stated by the Director General of Health Services, Ministry of Health, Dr. Bambang Wibowo Sp.OG at the National Seminar and Workshop of First Level Medical Facility Accreditation in Jakarta, Thursday, February 15th. The Ministry of Health undertakes a national policy strategy through the accreditation of First Level Medical Facility (FKTP) and Puskesmas to become the first FKTP accredited. The accreditation aims to improve the quality of health services at the community health centers (Pukesmas). Currently 4223 of 9845 Puskesmas have been accredited. The government is targeting by 2019 all community health centers will have been accredited.

“Hopefully 9800 health centers targeted to be accredited. Initially we targeted by2021, then in 2020. I am optimistic we can reach the target by 2019,” Bambang Wibowo said.

Bambang Wibowo further explained that the government does not have a national quality indicator for the Community Health Center (Puskesmas). The national quality indicator is only for the hospital. However, the Ministry of Health will prepare the target of the national indicator. If the management of Puskesmas and the competence of the primary health facility are getting better, then the patients do have to be referred to the hospital. (VOI/Sekar/AHM) 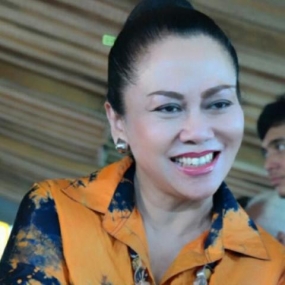 “…First is Human Resources, and then second is creativity. The creativity in this case is copyright and networking protection. These three points are the main keys if we want to see our creative economy become the national backbone. It must be handled thoroughly,” Wiendu said. 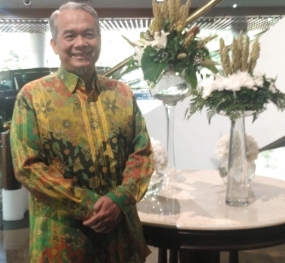 Arief Rahman said, “Several days ago, there was Afghanistan’s ulema who came here to meet with Indonesian Ulema Council. They came to hold a meeting wih ulema of Pakistan, and they also plan to hold a bigger meeting with some countries. For the visit of Mr. Vice president, I think Mr. Vice President or Foreign Affairs Minister have conveyed that President Ashraf Ghani had invited the Vice President as a special guest to a ttend an event on February 28, namely  Peace Kabul Process. Peace Kabul Process is a peace process which is initiated by the government of Afghanistan.”

In addition, figures and related communities’ groups consisting of 24 representatives of neighboring countries will also attend the event. However, Arief Rachman said that those countries will only become observers in the conference. In the meeting, the government ofAfghanistan and internal figures from various parties will have a dialog to discuss concrete steps to realize peace. Afghanistan is a country which is still hit by prolonged civil conflict. (VOI/REZHA/YATI/AHM) He said, "The awards are presented based on chief of Indonesian police’s proposal to the President for their services to develop good relation with the Indonesian police. Our relation has been very good with  Malaysia, Singapore, Australia, Brunei, and also the Philippines especially in facing  trans-national cases, such as terrorism, drugs, people smuggling, commercial crime, cyber crime. We are neighbors.”

General Tito Karnavian added the awards’ recipients, namely Police Chiefs of ASEAN and Australia, are considered to have good relation with the Indonesian Police and government. General Tito also said that Vice President really appreciated the awarding and hoped relation between Indonesian Police and the Police Chiefs to be awarded will be better from time to time. (KBRN/RIZKI/trans-yati/AHM)