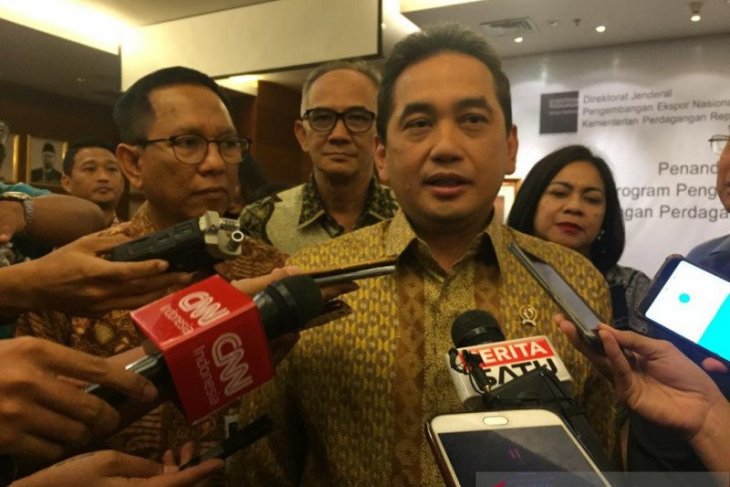 Trade Minister Agus Suparmanto said the Indonesia-Australia Comprehensive Economic Partnership Agreement (IA-CEPA) is expected to help slash Indonesia’s trade deficit with Australia, which had reached US$3.2 billion in 2019."Indonesia still recorded a trade deficit of US$3.2 billion in 2019 with Australia. This is quite a big deficit, hence the IA-CEPA is expected to curb the deficit," the minister said at a virtual press conference in Jakarta on Friday.While Suparmanto did not elaborate the target for the reduced deficit, he said there would be a significant decline in the trade gap in 2021.In keeping with the IA-CEPA, Australia has eliminated 6,474 tariffs on imports from Indonesia since the agreement took effect on July 5 this year.Meanwhile, Indonesia will slash 94.6 percent of the trade tariff on Australian exports to Indonesia.The minister said the government has ensured protection for some products that are considered sensitive for the country."There may be some questions on how the Indonesian government would protect some products considered as sensitive for Indonesia. This agreement has the mechanism of TRQ, or Tariff Rate Quota, where preferential tariff will be imposed for a certain volume of exports," Suparmanto said.However, he continued, non-preferential tariff will be imposed if the export volume exceeds the quota."The agreement has excluded sensitive products, such as rice and alcoholic beverages," he added.According to the minister, Australia's exports to Indonesia are primarily raw materials, such as wheat, coal, iron ore, aluminum, raw sugar, milk, and cream.Despite a lower population of 25 million compared to Indonesia's 270 million, Australia's demand for Indonesian products is relatively high.Australia's Gross Domestic Product (GDP) has been recorded at US$57 thousand per capita, which is 15 times higher than Indonesia's GDP, which is pegged at US$3,800 per capita. Australia also has a wide trade and economic cooperation network, Suparmanto said.  (ANTARA) 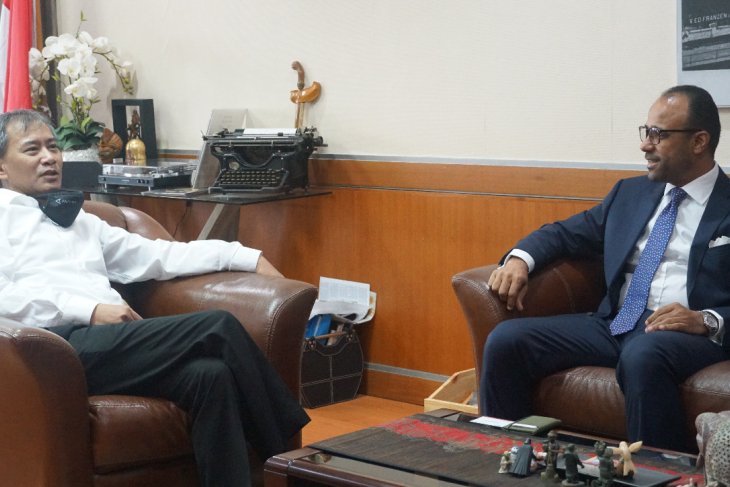 The United Arab Emirates Ambassador, Abdullah Salem Obeid Al Dhaheri, met with president director of LKBN Antara, Meidyatama Suryodiningrat, at Wisma Antara in Jakarta on Thursday (July 9, 2020). At the meeting, both stressed the importance of strengthening relations between the UAE and Indonesia.

The United Arab Emirates Ambassador to Indonesia Abdulla Salem Obaid Salem Al Dhaheri has said he is optimistic bilateral cooperation between the UAE and Indonesia would continue to grow at a rapid pace in several fields."My main task is to ensure that bilateral relations between the United Arab Emirates and Indonesia continue to develop rapidly in various sectors," Ambassador Al Dhaheri said at Wisma Antara on Thursday (July 9, 2020).He made the statement after a meeting with the president director of LKBN Antara, Meidyatama Suryodiningrat, at Wisma Antara in Jakarta on Thursday.Ambassador Al Dhaheri said the United Arab Emirates and Indonesia have enjoyed very close bilateral relations so far.This is evidenced by the visits made by the leaders of the two countries in July last year and January this year.In July, 2019, the crown prince of Abu Dhabi, His Highness Sheikh Mohammed bin Zayed Al Nahyan, had visited Indonesia.During his visit, the UAE and Indonesia had signed 12 cooperation agreements, in addition to a number of investment agreements worth US$9 billion.Then, in January, 2020, President Joko Widodo had held a bilateral meeting with the crown prince of Abu Dhabi, who is also the deputy supreme commander of the UAE armed forces. The meeting was held at the Qasr Al Watan Presidential Palace in Abu Dhabi, UAE.At the meeting between President Widodo and His Highness Sheikh Mohammed bin Zayed Al Nahyan, 16 agreements were signed by Indonesia and the United Arab Emirates."We will definitely do what is needed to ensure that the agreement reached by both parties can be followed up. It is my duty to follow up on the agreement," Ambassador Al Dhaheri stated.During the meeting with president director of LKBN Antara, the ambassador said the United Arab Emirates was not only focusing on the oil sector for generating state revenue, but also tourism, culture, trade, commerce, finance, and technology sectors.The tourism, cultural, trade, commercial, financial, and technology sectors are now the mainstay of the country's income, Ambassador Al Dhaheri said.  (ANTARA) 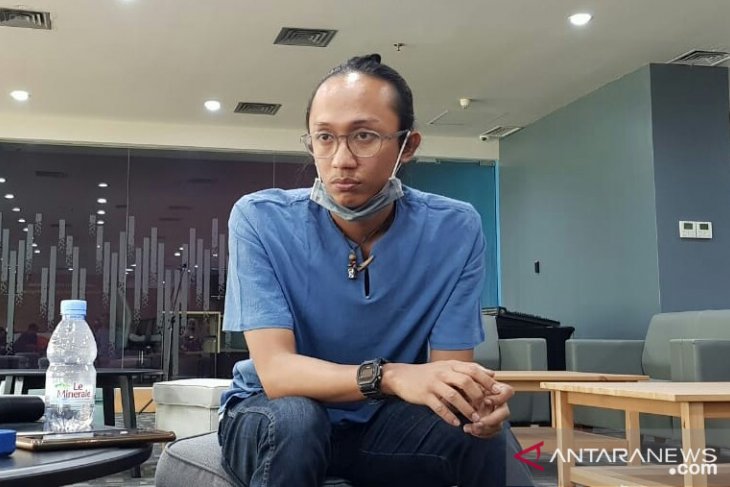 Anti-graft watchdog the Indonesia Corruption Watch (ICW) deems the plan to reactivate a corruptor hunting team as unnecessary and instead suggested the government to prioritize the empowerment of law enforcers."Firstly, the corruptor hunting team was established in 2002. However, according to ICW's data, eight years following its establishment, it only captured four out of the targeted 16," an ICW researcher Wana Alamsyah noted in a statement in Jakarta on Friday.Furthermore, he noted that the government had yet to publish an evaluation over the team.According to Alamsyah, the ICW recorded 40 fugitives in corruption cases during the 1996-2018 period. "This means that we need to empower law enforcers. The policy to form a new team would spark an overlap in authority," Alamsyah noted.Citing the arrest of Maria Pauline Lumowa, a fugitive in Bank Negara Indonesia's (BNI's) US$136-million fraud case, Alamsyah pointed out that the extradition treaty was not the sole means of capturing a fugitive.To this end, Alamsyah highlighted the need for the government to focus on a non-formal approach to expedite the arrest of dozens of fugitives currently hiding abroad.Earlier, on Wednesday (July 8), Coordinating Minister for Political, Legal and Security Affairs Mahfud MD stated that the government will reactivate the corruptor hunting team constituting personnel of the Indonesian Police, Attorney General’s Office, and Law and Human Rights Ministry."The team will work under the coordination of the Coordinating Ministry for Political, Legal, and Security Affairs. The team had recorded some achievements. Perhaps, the corruptor hunting team can also arrest a suspect when it tracks down Djoko Tjandra," Mahfud remarked.Djoko Tjandra was sentenced to two years’ imprisonment and ordered to pay Rp546 billion (US$54 million) in restitution by the Supreme Court in 2009 for embezzling billions of rupiah from the state bailout fund during the 1998 Asian financial crisis.Tjandra escaped to Port Moresby, Papua New Guinea, a day before the court announced the verdict. (ANTARA) 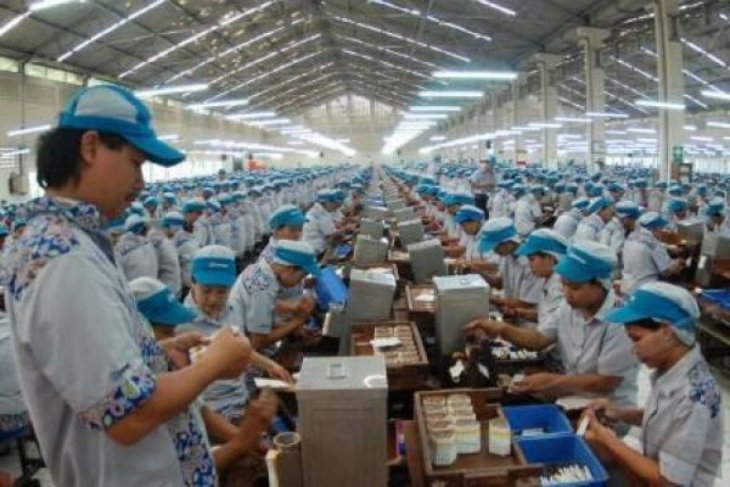 The potential of mass layoffs over COVID-19 is projected to decline, with some regions relaxing large-scale social distancing (PSBB), thereby facilitating economic recovery, the Coordinating Ministry for National Development Planning/National Development Planning Agency (Bappenas) stated."Based on the latest data, I believe that relaxing large-scale social distancing measures will boost economic activities, and the wave of layoffs is expected to decline within the next few months," the ministry's acting Head of Sub-unit of Macro Planning and Analysis Directorate, M. Firman Hidayat, remarked during an online seminar in Jakarta on Friday.However, Hidayat opined that the economic capacity might not yet fully return to normal akin to the pre-pandemic scenario, and the likelihood of layoffs will still exist."I think, as long as the COVID-19 pandemic had yet to be overcome, the possibility of layoffs will still exist," he stated.According to Hidayat, unemployment had risen during the pandemic as job openings were also lesser.Bappenas has projected the number of unemployed in 2020 to increase by four to 5.5 million people from that in 2019, while in 2021, the number of unemployed is expected to rise by 10.7 to 12.7 million.The trade, manufacturing industry, construction, company service, accommodation, food and beverage industry are among the sectors that will reduce the number of employees.The agency has designed the strategy for a policy to reduce unemployment during the COVID-19 pandemic through the recovery of the manufacturing industry, tourism, investment, and entrepreneurship, as well as through the development of simple infrastructure in villages under the labor intensive program.Furthermore, Bappenas will improve the quality and productivity of workers through the social protection system, health system, education system reform, and vocational training.  (ANTARA)