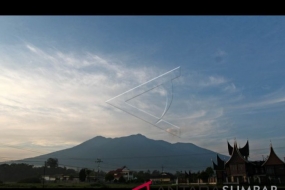 Local climber Reyhan Fadila slipped into a ravine while descending the peak of Mount Marapi near the Abel Monument area in West Sumatra Province though survived following rescue and evacuation by a team of rescuers and mountaineers, Sunday evening.This 17-year-old climber suffered wounds on his head and body, Coordinator of Limapuluh Kota District's Search and Rescue Agency Post Robi Saputra told ANTARA on being contacted from Bukittinggi, West Sumatra Province, on Monday."The evacuation process was conducted until midnight. He has been evacuated to a local Natural Resources Conservation Agency (BKSDA) office located not that far from the Koto Baru climbing checkpoint," Saputra stated.Some 25 rescuers, representing the Limapuluh Kota SAR office, Bukittinggi Rescue Team, Indonesian Red Cross, and local community of climbers joined this search and rescue mission, he revealed.Fadila, who scaled the peak of the 2,891-meter-high mountain along with his friend, will be rushed to the Achmad Muchtar Hospital in Bukittinggi for receiving medical treatment, he added. (ANTARA) 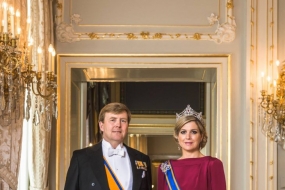 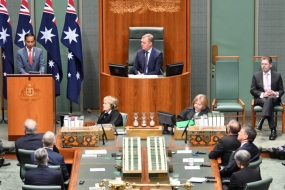 Indonesian President Joko Widodo (Jokowi) has invited Australia to cooperate in developing renewable energy and work hand-in-hand in conserving the environment. "We must work hand-in-hand to conserve nature, implement sustainable development, reforestation (barren land) and the upper reaches of rivers, prevent land and forest fires, commit ourselves to reduce carbon emissions, and develop renewable energy and other green technology," he said at the Australian Parliament building in Canberra Monday.For 16 minutes, Jokowi delivered his address in the Indonesian language before the two camps of the Australian Parliament, namely the coalition of the Liberal Party and the coalition of the Labor Party.Earlier, chief of the Liberal Party concurrently Australian Prime Minister Scott Morrison and chief of the Australian Labor Party, Anthony Albanese, also delivered their addresses on Indonesia and President Jokowi's profile.Jokowi is the 12th head of state in Australian history to speak before parliament and the first head of state to speak this year."On February 2, one platoon of engineers from TNI (the Indonesian military) and personnel from the National Disaster Mitigation Board (BNPB) left Indonesia for New South Wales. They worked hand-in-hand with the Australian people to handle forest fires in Australia while at the same time an Indonesia-Australia team discussed a cooperation agreement to modify the weather," he said.Indonesia's plan to develop a new capital city is also part of this commitment, he said."That is a smart city, smart metropolitan, green technology harmonious with the environment and a part of innovation, knowledge and technology-based economic transformation efforts," he said.The President also expected Indonesia and Australia to serve as anchors for development partners in the Pacific region."Indonesia is aware of development challenges in the Pacific region as a fellow maritime state. The challenges faced by Indonesia are not very different from those faced by Pacific countries," he said.Climate change, natural disasters and equal distribution of social, educational, medical gains, as well as human resource development, are the real challenges facing Pacific countries, he noted"Indonesia and Australia should become genuine friends for Pacific countries. They should collaborate as development partners, mitigate the impact of climate change, lower the poverty rate and the social gap, and create new economic growth centers in the Pacific region," Jokowi said. (ANTARA) 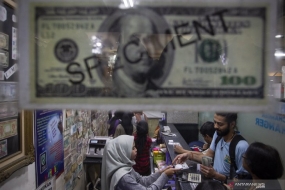 The Indonesian rupiah weakened against the United States (U.S.) dollar in the Jakarta interbank market Monday evening despite the country's improving current account deficit in 2019. The rupiah fell 37 points, or 0.27 percent, to close at Rp13,712 against the dollar compared to the previous close of Rp13,675."Despite the positive domestic economic data and Bank Indonesia's intervention, they are still unable to strengthen the rupiah," Director of PT TRFX Garuda Berjangka Ibrahim Assuaibi said in Jakarta Monday.Indonesia's balance of payment in the fourth quarter of 2019 saw a surplus of US$4.3 billion after suffering a deficit of $45 million in the previous quarter.Throughout 2019, the balance of payment recorded a surplus of $4.7 billion compared to a deficit of $7.1 billion a year earlier, fueled by an improving current account deficit and a significant rise in the surplus of capital and financial accounts.The 2019 current account deficit was recorded at $30.4 billion or 2.72 percent of the national gross domestic product compared to 2.94 percent of the GDP in the previous year.Meanwhile, the surplus of capital and financial accounts rose significantly to $36.3 billion in 2019 from $25.2 billion in 2018.The other sentiment is the death toll from the coronavirus outbreak which reached 910. The World Health Organization (WHO) expressed concern about the spread of the coronavirus that has claimed the lives of nearly one thousand people."These two factors weakened the rupiah, coupled with the strengthening U.S. non-farm employment change," Binaartha Sekuritas analyst M Nafan Aji Gusta said. (ANTARA)