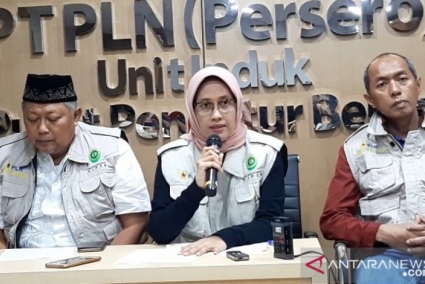 State-owned electricity firm PT PLN has recovered electric power to Balaraja Extra High Voltage substation in Banten Province, and furthermore it will be channeled to Suralaya steam-fueled power plant (PLTU) to gradually recover its operation to reach its capacity of 2800 MW of electricity.In addition, power supply from Gandul Extra High Voltage substations in Depok, West Java Province, will be channeled to Muara Karang gas and steam power plant (PLTGU) to supply electricity to the Indonesian capital city, Jakarta.Acting President Director of PLN Sripeni Inten Cahyani said here on Sunday that the power supply to Jakarta was expected to recover within three hours."We apologize for the inconvenience today, and currently all efforts have been made to recover the Java-Bali power system, especially in the area of West Java, Banten, and Jakarta," Cahyani said.The company has focused on power supply to PLTGU Muara Karang and PLTGU Priok to recover the system in the capital city.Previously, PLN has recovered the operation of hydro-generated power plant (PLTA) Saguling and PLTA Cirata which are functioned as power stabilizer, and, at the same time, supply the electricity to PLTU Suralaya through Cibinong, Depok, Gandul, Lengkok, Balaraja and Suralaya extra high voltage substations.PLTU Suralaya is expected to return to its normal operation within six hours to normalize power system in West Java and Banten.Blackout that affected thousands of homes and public facilities in West Java, Jakarta, and Banten was caused by several troubles in the extra high voltage 500 kV transmission of Ungaran - Pemalang."PLN has taken its best efforts and will have evaluation to prevent recurrence of today's incident," Cahyani said. 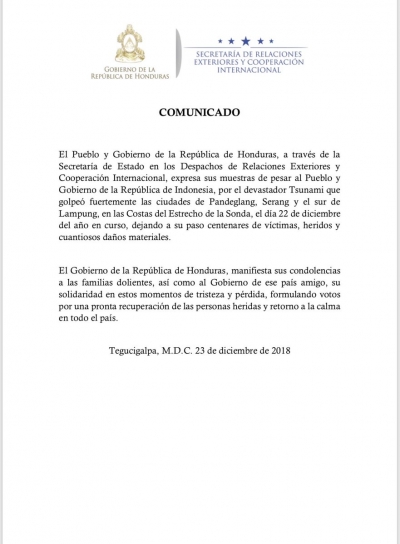 Official Communique from Cancilleria Honduras through our Twitter @voiindonesia. 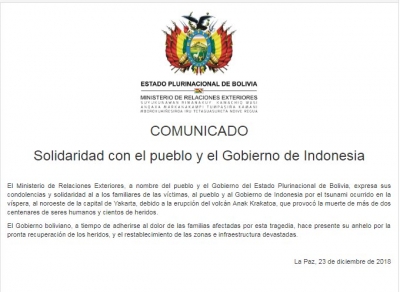 Solidarity to the Government and People of Indonesia from Government of Bolivia, received through Twitter @voiindonesia 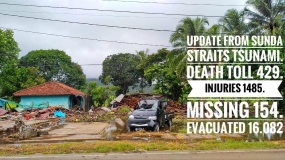 Update from Sunda Straits Tsunami. Source BNPB, dated 25 December 2018. 13:00 JKT. We will update this up to the newest data from National Disaster Management Agency ( BNPB ). 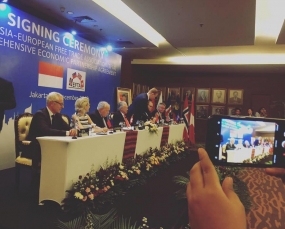 The Agreement is historic, first time for Indonesia to having it with European countries. With this CEPA, market access in goods, services and investment of both sides is expected to be increased and certainly economic cooperation will be robust. A trade agreement is one of effective tools to boast competitiveness and reform process. (made-kemendag) 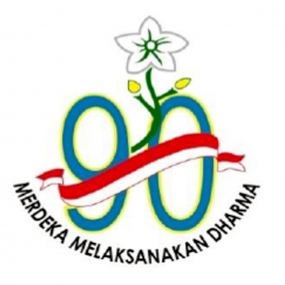 Mother's Day in Indonesia is celebrated nationally on December 22. This date was inaugurated by President Soekarno under the Decree of the President of the Republic of Indonesia No. 316 of 1959 on December 16, 1959, on the 25th anniversary of the 1928 Indonesian Women's Congress. The date was chosen to celebrate the spirit of Indonesian women and to raise awareness of the nation and state. Now, the meaning of Mother's Day has changed a lot, where the day is now commemorated by expressing love for mothers. People exchange gifts and organize various events and competitions, such as cooking and wearing kebaya competitions. [4]

Mother's Day in Indonesia is celebrated on the anniversary of the opening day of the first Indonesian Women's Congress, which was held from December 22 to 25, 1928. [5] [6] This congress was held in a building called Dalem Jayadipuran, [7] which is now the office of the Center for Preservation of History and Traditional Values ​​on Jl. Brigjen Katamso, Yogyakarta. The congress was attended by around 30 women's organizations from 12 cities in Java and Sumatra. In Indonesia, women's organizations have been around since 1912, inspired by 19th century Indonesian female heroes such as Kartini, Martha Christina Tiahahu, Cut Nyak Meutia, Maria Walanda Maramis, Dewi Sartika, Nyai Ahmad Dahlan, Rasuna Said, and so on. [5] The Congress is intended to improve women's rights in education and marriage. [8]

Indonesia also celebrated Kartini Day on April 21, in memory of female activist Raden Ajeng Kartini. This is a celebration of women's emancipation. [6] This commemoration date was inaugurated at the 1938 Indonesian Women's Congress. [8] When President Soekarno established Kartini as a national hero of women's emancipation and Kartini's birthday as a commemoration of the national women's emancipation day. But many Indonesians protested for various reasons, including Kartini only struggling in Jepara and Rembang, Kartini was more pro-Dutch than female figures such as Cut Nyak Dien, etc. Because Soekarno had already established Kartini Day, Soekarno thought about how to commemorate women heroes besides Kartini such as Martha Christina Tiahahu, Cut Nyak Meutia, Maria Walanda Maramis, Dewi Sartika, Nyai Ahmad Dahlan, Rasuna Said, etc. Finally Sukarno decided to make National Mother's Day a day to commemorate female heroes, aka heroes of mothers and all Indonesians agreed. [Citation needed] 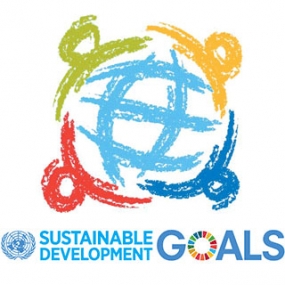 The new Sustainable Development Goals (SDGs) agenda is centred on people & planet, underpinned by human rights and supported by a global partnership determined to lift people out of poverty, hunger and disease. It will be thus be built on a foundation of global cooperation and solidarity. 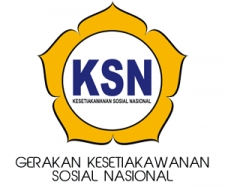 Gorontalo Governor Rusli conveyed Gorontalo's readiness as the host of the implementation of the National Social Solidarity Day (HKSN) which falls on December 20, 2018.

On December 18, there will be an inauguration of the Remote Indigenous Community (KAT) house for 45 families in North Gorontalo. The implementation of LBKS will end in Bone Bolango on December 19, marked by the Social Solidarity Service Month (BBKS).

The planned 2018 HKSN peak will be held at the David-Tonny Sports Center (GOR) in Limboto District, Gorontalo Regency. In addition to being attended by President Joko Widodo, HKSN will be attended by tens of thousands of people from representatives of provincial and district / city social services and social volunteers, CSR of private companies and SOEs and the Gorontalo community. ( gorontalo.go.id) 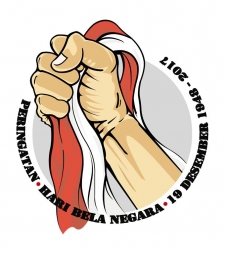 The State Defense Day or HBN is Indonesia's historic day which falls on December 19 to commemorate the declaration of the Emergency Government of the Republic of Indonesia by Mr. Sjafruddin Prawiranegara in West Sumatra on December 19, 1948. This decision was determined by President Susilo Bambang Yudhoyono through Presidential Decree No.28.

Throughout human history, migration has been a courageous expression of the individual’s will to overcome adversity and to live a better life. Today, globalization, together with advances in communications and transportation, has greatly increased the number of people who have the desire and the capacity to move to other places.

This new era has created challenges and opportunities for societies throughout the world. It also has served to underscore the clear linkage between migration and development, as well as the opportunities it provides for co-development, that is, the concerted improvement of economic and social conditions at both origin and destination.

Migration draws increasing attention in the world nowadays. Mixed with elements of unforeseeability, emergency, and complexity, the challenges and difficulties of international migration require enhanced cooperation and collective action among countries and regions. The United Nations is actively playing a catalyst role in this area, with the aim of creating more dialogues and interactions within countries and regions, as well as propelling experience exchange and collaboration opportunities.

On September 19, 2016 the United Nations General Assembly adopted a set of commitments during its first ever summit on large movements of refugees and migrants to enhance the protection of refugees and migrants. These commitments are known as the New York Declaration for Refugees and Migrants (NY Declaration). The NY Declaration reaffirms the importance of the international protection regime and represents a commitment by Member States to strengthen and enhance mechanisms to protect people on the move. It paves the way for the adoption of two new global compacts in 2018: the global compact on refugees and the global compact for safe, orderly and regular migration. (un.org)