Elections Should Serve as Exhilarating Celebration of Democracy: Wiranto

Implementation of the simultaneous regional head elections across the country on June 27, 2018, should serve as an exhilarating celebration of democracy for the people, Law and Security Minister Wiranto remarked in Bogor on Wednesday.

"As we all hope, this simultaneous regional head election must be held safely, orderly, and peacefully, as they are an exhilarating celebration of democracy for the people," Wiranto noted after reviewing the election process at the Taman Malabar Polling Station-07, in Bogor, West Java.

The law and security minister observed the process of the West Java gubernatorial election and Bogor city head election at several polling stations.

The minister said there was no particular reason for conducting a random review of several polling stations, as not all of them can be visited by the state organizers as the facilitators of regional elections.

According to Wiranto, the review aims to ensure that implementation of the 2018 regional elections was in accordance with the aspirations of the entire community and are held in a safe, peaceful, and conducive manner.

He also delivered the president`s message that 2018 is not a political year full of competition and disputes.

"However, this is a celebration of democracy that is held with great joy," Wiranto noted. (ANTARA) 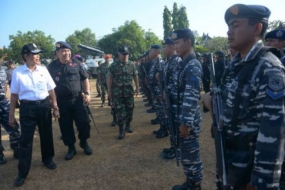 President Joko Widodo has ensured the security of 15 thousand delegates who will attend the annual meetings of the International Monetary Fund & World Bank Group (IMF-WBG) in Bali.

At least delegates from 189 countries will visit Bali to attend the meeting in October 2018.

The president discussed the preparations for the event, including the transportation, accommodation, and security.

"At this meeting, I want to ensure the readiness of the event, starting from the airport, the meeting place, and the accommodation, including the supporting facilities, in order to make the event successful," he noted.

Widodo also called for the security of the delegates during their stay in Bali. He also urged related parties to coordinate to handle the problems in making the meeting successful.

"I have contacted the governor of Bali, and all preparations will be made by the end of July. Then, we can prepare other steps in October," Widodo added.

According to the website www.am2018bali.go.id, the IMF-WBG meetings are conducted annually in October to discuss the work of each respective institution. Besides the plenary meeting of the Boards of Governors, the Development Committee and the International Monetary and Financial Committee (IMFC) are convened as part of the annual meetings.

The DC and IMFC will advise the Boards of Governors on global financial and economic development issues, including global economic outlook, poverty eradication, and aid effectiveness. (ANTARA) 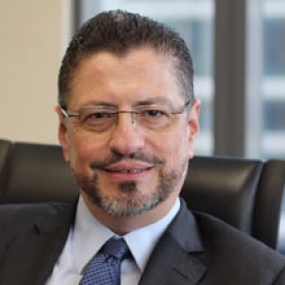 Better nutrition for millions of Indonesian children and modernized irrigation systems for hundreds of thousands of Indonesian farming families are the key goals of the two new loans approved by the World Bank.

"We welcome the Government of Indonesia`s significant investments in infrastructure and in human capital, both of which are crucial to accelerate economic growth and reduce poverty. If the country invests on these two priorities now, its future will be more promising," World Bank Country Director for Indonesia and Timor-Leste, Rodrigo A. Chaves, said in a statement in Jakarta on Tuesday.

The US$400 million loan Investing in Nutrition and Early Years Program seeks to reduce stunting by increasing access for pregnant mothers and children under two years old to key services from health and nutrition to education and sanitation. "World Bank financing will be complemented by crucial knowledge, including best practices and lessons learned from around the world, which will help make efforts to reduce stunting more effectively," he remarked.

This loan, which will link disbursements to specific results, will support the country’s $14.6 billion National Strategy to Accelerate Stunting Prevention that aims to benefit 48 million pregnant mothers and children under two years old in the next four years.

In the entire country, the program will also benefit from a $20 million grant from the Global Financing Facility, a multi-stakeholder partnership that helps countries tackle the greatest health and nutrition issues affecting women, children, and adolescents.

The $250 million loan financing the Strategic Irrigation Modernization and Urgent Rehabilitation Project will benefit around 887 thousand farming households through a more reliable and climate-resilient irrigation system.

This financing is part of an ongoing National Reform Agenda that focuses on decentralization, democratization, and modernization and is based on the principles of participatory irrigation management.

This irrigation project is co-financed by the Asian Infrastructure Investment Bank, with a $250 million loan.

Stunting is one of the most urgent challenges in Indonesia and a top priority for the government. More than one out of every three Indonesian children under five years of age, which is almost nine million children, are stunted; two out of three don not complete the full package of immunizations in their first and second year; and iron supplementation and deworming are also low, which is at 33 and 26 percent, respectively. In Indonesia, a country highly vulnerable to climate change effects, 60 percent of the poor -- those who earn less than $1.25 per day -- rely on agriculture for their income.

Therefore, improved irrigation in agriculture is critical to enhance food security in the country. The new irrigation project will focus on rehabilitation and modernization of drainage systems in nearly 300 thousand hectares and will support the overall project management and implementation, which is focused on increased accountability, transparency, and cost-effectiveness.

The World Bank’s support to Indonesia’s nutrition sector and irrigation is an important component of the World Bank Group`s Country Partnership Framework for Indonesia, which focuses on government priorities for transformational development impact. (ANTARA) 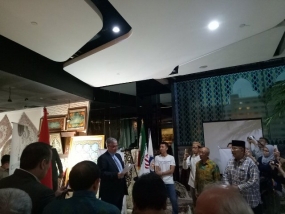 Through Cultural Festival, Iran Expects Improvement of Cooperation with Indonesia

During the 2018 Iran Cultural Festival, visitors can learn Iranian culture through new ways, namely the screening of Iranian films and mini exhibitions of typical Iranian carpets and crafts. The 2018 Iranian Culture Festival features a screening of 3 (three) films entitled Bodyguard, Crazy Castle and Where Are My Shoes. All three are films that have won numerous International awards. Meanwhile, the exhibition of carpets and handicrafts or Iran can be visited from June 20, 2018 to June 30, 2018. The carpets and handicrafts consist of various Iranian shades, fabrics and artwork. (VOI/ndy/DP)