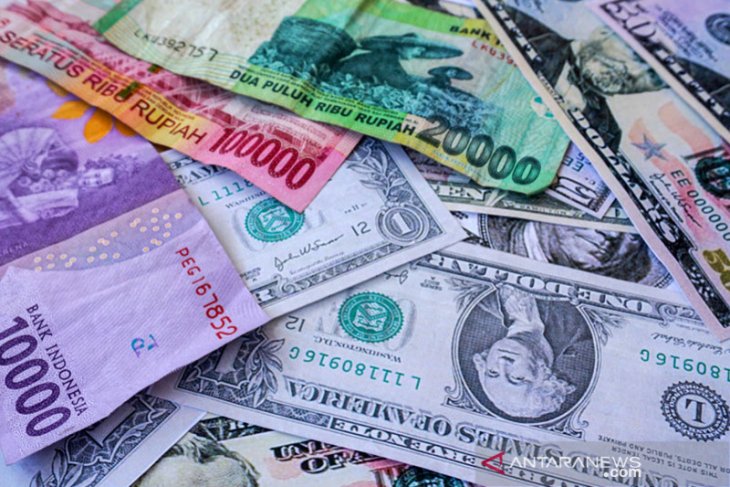 Jakarta - Indonesia's rupiah opened lower by 128 points, or 0.93 percent, to Rp13,888 against the US dollar on Monday morning in the Jakarta interbank market amid corrections in Asia's currencies. "All through the day, Indonesia's rupiah may remain weaken owing to external factors," TRFX Garuda Berjangka's director, Ibrahim Assuaibi, forecasted in Jakarta in connection with the coronavirus (COVID-19) outbreak that infected over 25 countries outside mainland China. He estimated the rupiah to hover in the range of Rp13,689 to Rp13,810 against the dollar. Meanwhile, Bank Indonesia's mid-rate on Monday showed that the rupiah plunged Rp13,863 against the dollar, while a day before, it was recorded at Rp13,777. Following the outbreak, finance ministers and central bank governors of G20 countries committed to taking any necessary measures when the disease severely hit the global economy and business. The International Monetary Fund (IMF), in its presentation recently, forecast the outbreak may cut global economic growth by 0.1 percent. (ANTARA)

BMKG Predicts Heavy Rainfall in Some Regions across Indonesia 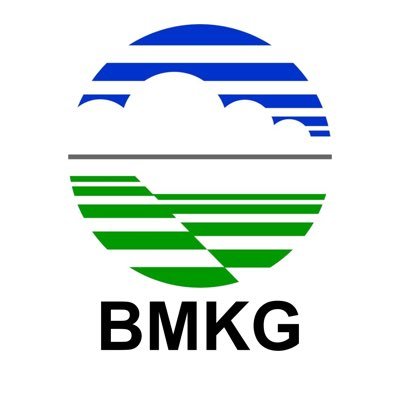 Jakarta - The Meteorology, Climatology, and Geophysical Agency (BMKG) has been predicted that heavy rain will likely to fall in some regions across Indonesia on February 22 to 24, 2020. "Forecast for today and tomorrow is heavy and intense rain," Head of the Center of Public Meteorology of BMKG, A Fachri Rajab, told ANTARA in Jakarta on Sunday. Heavy rainfall category has precipitation rate of 50 to 100 mm as observed for one day, while intense rainfall category is about 100 to 150 mm per day. Indonesia is currently still experiencing the peak of rainy season, hence locals are encouraged to monitor the information of weather forecast from the official source, BMKG, as well as the early warning announced through its official website. Some regions, as mentioned by BMKG, of Bangka Belitung Islands, Central Java, Central Kalimantan, East Kalimantan, Southeast Sulawesi and Maluku are potential to have heavy rainfall today, Sunday, Feb. 23. It is predicted to continue through a day after on Monday, Feb. 24 over the same areas and Lampung. While regions predicted to have heavy rainfall along with intense wind and thunderstorms on Sunday, Feb. 23 including West Sumatra, Bengkulu, Jambi, South Sumatra, West Java, Jakarta and surrounding cities, Yogyakarta, East Java, West Nusa Tenggara, East Nusa Tenggara, West Kalimantan, South Kalimantan, Gorontalo and Papua. Most of the areas are predicted to have similar weather condition on Monday, Feb. 24. (ANTARA) 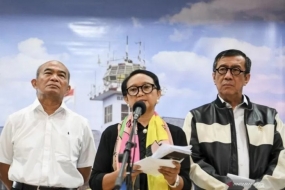 Indonesia Refuses Entry of Some 118 Foreigners amid COVID-19 Outbreak

Jakarta - The Directorate General of Immigration has refused entry of 118 foreigners to Indonesia, as part of a measure to prevent the spread of coronavirus, COVID-19.

"The number is as accumulated from February 5 to 23, 2020, and obtained from all immigration gates across the country," Arvin Gumilang, spokesman of the directorate general, said in a statement in Jakarta on Sunday.

They were not only from China, but also some other countries including Malaysia, Singapore, the United States, as well as some European and African countries, since they had travelled to China within 14 days before their arrival in Indonesia.

The legal basis used for this refusal is the Law and Human Rights Ministry's Regulation Number 3 of 2020 on the Suspension of Visa-free entry, Visa on arrival, as well as stay permit for Chinese nationals.

Beside, the directorate had also issued some 1,247 emergency stay permits to Chinese residents already staying here before the regulation being imposed. 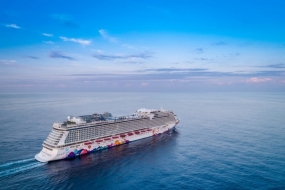 Jakarta - Dream Cruises announced that departures of its several cruise ships were suspended over the current 2019 novel coronavirus (COVID-19) outbreak and sent several of its crew back home, including 188 Indonesians employed at World Dream. Speaking in connection with the repatriation of these 188 Indonesians, President of Dream Cruises Michael Goh noted in his press statement ANTARA quoted in Jakarta on Monday that they had been transferred to an Indonesian naval ship. The transfer was conducted by the authority of this Genting Hong Kong-owned cruise line to the naval ship in the international waters near the Indonesian islands of Bintan in Riau Islands Province, he remarked in his statement on Sunday. The Indonesian health authorities will conduct a thorough medical check-up of the crew members of the World Dream cruise ship as part of their precautionary measures to tackle the COVID-19 outbreak. Dream Cruises reported earlier that Hong Kong's Department of Health had confirmed that all guests and crew onboard World Dream had cleared extensive health screenings and temperature checks. All samples taken from the 1,814 crew members had tested negative for COVID-19, the Dream Cruises authorities confirmed in the recent World Dream Situation Report. The COVID-19 outbreak, which initially struck the Chinese city of Wuhan at the end of 2019, has forced several airliners, including national flag carrier Garuda Indonesia, to suspend direct flights to and from mainland China. The ongoing concerns surrounding this deadly virus outbreak has also compelled Dream Cruises to suspend the departures of its several cruise ships, including those of World Dream and Explorer Dream. According to this cruise line's website, World Dream had cancelled its departure from Keelung from February 11, 2020, to March 20, 2020, as well as on March 23, 2020, and on March 27, 2020, and March 28, 2020. The Explorer Dream ship's departure had also been cancelled from March 1, 2020, to April 4, 2020, while the operations of Genting Dream had also been suspended from Singapore starting from February 23, 2020. The decision was taken to help curtail the spread of COVID-19 and due to tightening travel restrictions by various countries. Genting Dream will resume operations in Singapore from March 27, 2020, according to this award-winning cruise line. Goh affirmed that the health and safety of his cruise ships' guests and crew members remain his primary concern. To this end, since the onset of the virus outbreak, Dream Cruises has worked with various local and regional authorities in implementing stringent precautionary measures across its fleet to safeguard the wellbeing of its guests and crew. "We are thankful there have been no reported cases of COVID-19 while on board or transmitted via any of Dream Cruises' ships," he noted. North Bali and Surabaya are on the list of this cruise line's popular destinations apart from Port Klang and Penang, Malaysia, as well as Phuket, Thailand. (ANTARA)