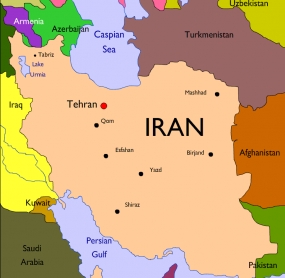 WILL ANTI-GOVERNMENT PROTESTS IN IRAN HAVE POLITICAL IMPACT?

Iran's anti-government rally still continues. The massive demonstrations that have  taken  place first time since 2009,  sparked worldwide attention including US Donald Trump who made his comments.

What is the real cause of the anti-government movement in the Shi'ite country? Western news agencies, such as AFP, have said that  dissatisfaction with the state of the economy, as the main cause. Meanwhile, Iran's supreme leader, Ayatollah Ali Khamenei, blamed Iran's enemies as the mastermind behind the rally. This is the first time Khamenei commented on the massive anti-government rally taking place in his country.

In response to Iran's supreme leader's comments, US President Donald Trump said the demonstrations showed that the Iranian people wanted change, and the oppressive regime would not last forever. Through his twitter account, Trump said it was time for a change in Iran.

Whether Trump's statement has justified Ali Khamanei's allegations of  Iran's enemies' interference in the protest movement,  must yet   be explored further.

The protests in Iran have caused some deaths   and dozens more injured. The government needs to find the cause of the movement. As the Iranian President said, the protests should not have caused any  victims.

Is it true what Donald Trump said, that the rally in Iran will be a moment of change? Only the government and the people of Iran will decide. If the Iranian government can dampen the demonstration in a persuasive way, then it is very likely that the protests will soon be ended.

As is known, Iran has received international sanctions led by the United States, for its nuclear testing activities. In line with that, Iran has also devoted much of its resources to finance its participation in defending the government of Bashar al-Assad in Syria. Iran's support for  the Syrian government is a problem for the United States and Saudi Arabia. In the geopolitical perspective, the fall of the government in present-day Iran is certainly decisive for the development  of the Middle East conflict. Especially for the end of the Syrian government that has the same ideology with Iran. 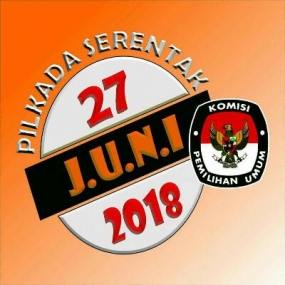 In the next few months, 171 regions in Indonesia will hold the Direct Election of Regional Head and Deputy Regional Head (Pilkada) simultaneously. Organizers' readiness becomes an important key, so that untoward incidents such as in the Elections of previous years do not happen again.

Based on the results of the General Election Commission (KPU) assessment, the List of Potential Voters in 2018 elections will reach  160 million people. This number, according to the General Elections Commission (KPU), causes the potential for conflict to be very large. In addition, the budget for  the 2018 elections also reached the highest record in the history of Regional  Elections in Indonesia, which is 20 trillion Rupiahs.

The Indonesian people hope, simultaneous Regional direct elections 2018 can run successfully. All parties including the organizers, political parties that carry the candidates of regional heads, participants or the candidates themselves, as well as voters, are expected to  promote the unity of the nation firstly.

Reflecting on previous experiences, the contestation of candidates and political parties is considered to  potentially cause conflicts. For example, if there are candidates who  put forward tribal, religious, or group issues, rather than programs,  to attract voters. Hopefully things like these do not happen again. Because after repeatedly conducting elections,  including general elections, the Indonesian people should be aware that unity is  the most important compared to mere  ambitions to become  leaders.