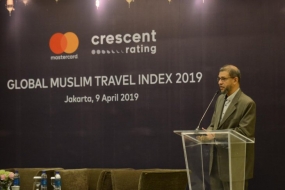 The history of the Air Force began with the formation of the People's Security Agency (BKR) on August 23, 1945, to strengthen the Air Fleet which at that time was very short of airplanes and other facilities. In line with its development, it changed to the People's Security Army (TKR) on October 5, 1945 under the name TKR Aviation Office under the leadership of Air Commodore Suryadi Suryadarma. On January 23, 1946 the TKR was upgraded to TRI. As a continuation of the development of the Air Force's buds, then on April 9, 1946 the Flight Bureau TRI was abolished and replaced with the Republic of Indonesia Air Force which is now commemorated as the birth day of the Indonesian Air Force which was inaugurated simultaneously with the establishment of the Indonesian National Army (TNI). Source: http://www.tni-au.mil.id/sejarah.asp 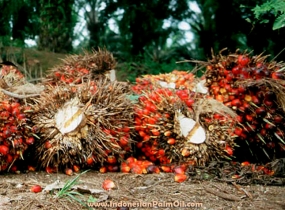 Indonesia to File Lawsuit over Palm Oil in European Court

Indonesia will file a lawsuit with the European Court, if the Delegated Regulation Supplementing Directive of the EU Renewable Energy Directive (RED) II, which will impact palm oil, is finally approved by the EU parliament.Coordinating Minister of Maritime Luhut Panjaitan said that the government will keep trying to negotiate over the discrimination of palm oil by the EU in order to fight for the small palm oil farmers, who will be affected by these policies.“Along with Malaysia, we would like to avoid those regulations; of course, negotiation is ongoing with the EU. But, if this continues, we might have to go to the European Court, or the World Trade Organization (WTO),” he said to reporters in Jakarta on Monday.According to the minister, the process of applying for a lawsuit in the European Court is shorter and more effective than it is at the WTO, which may take years to process.Another option, such as leaving the Paris Agreement, is also being considered in a bid to counter the pressure of the EU."Another option would be leaving the Paris Agreement. America and Brazil have done it, why can’t we? Indonesia is one of the largest producers of this oil, along with Brazil and Columbia. Columbia also has a large palm oil forest, so these developing countries might also be affected,” he stated.To counter the anticipated reduction of demand in the EU market, Indonesia will target other markets and continue to boost the use of palm oil in Indonesia.“B20, B30, until B100 or green energy will be encouraged further,” Panjaitan noted.A joint letter signed by Indonesian President Joko Widodo and Malaysian Prime Minister Mahathir Mohamad, raising objections on the discrimination of palm oil products and their derivatives has also been sent to the EU.The objections were conveyed on behalf of palm oil farmers, whose lives depend on the industry.Indonesia and Malaysia together supply 85 percent of palm oil products in the world. (ant)