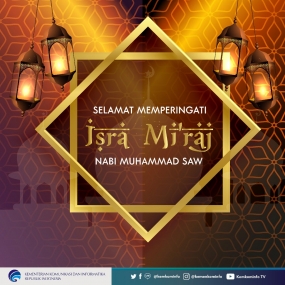 Isra ' Ascension event marking Prophet Muhammad's journey from Mecca to the Palestinians get to Heaven Muntaha. There are many lessons that can be taken all believers, one of them God will exalt us if we patiently received trials from him. (kominfo) 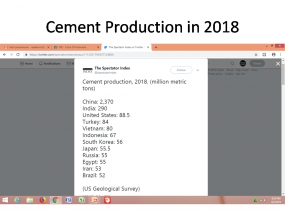 "Today, we start a new civilization, namely by the operation of the MRT Jakarta, the first phase", this was affirmed by President Joko Widodo in the opening ceremony of Mass Rapid Transportation -MRT Jakarta on March 24, 2019. The first phase of MRT reaching 15.7 kilometers from Lebak Bulus Terminal to Hotel Indonesia Roundabout has 13 stations, including 1 Depot. At the same time, the second phase of the MRT development, from Hotel Indonesia Roundabout to City Station line is also planned and will be completed in 2024.

What changes are expected to occur in Jakarta? The first is, of course, the problem of congestion. According to Tomtom Traffic Index data, Jakarta is in third place as the most jammed city in the world. That position is under Mexico City and Bangkok. Jakarta's congestion rate reaches 58 percent, with morning congestion 63 percent and 95 percent in the afternoon. Inevitably, economic growth and increasing population cause more traffic and urbanization to Jakarta. It is estimated that more than 18 million motor-vehicles operate in Jakarta. The National Development Planning Agency - Bappenas said that every year, losses reaches more than Ro 65 trillion due to congestion in Jabodetabek –Jakarta-Bogor-Depok-Tangerang-Bekasi. The amount of money must be wasted into smoke every year. With its ticket price of Rp 8,500, the MRT will make Jakarta be able to reduce losses due to congestion.

Another expected change is the lifestyle of Jabodetabek residents, including passengers from outside Jabodetabek. Indonesia has been reported to be ranked as one of the laziest countries in the world. Only around 3,513 steps are on average per day of the Indonesian population, of which 10,000 steps should be recommended. Such a condition as the metabolic syndrome becomes a problem that increasingly has the potential to threaten the people of Indonesia, even to the youths.

The existence of the MRT is expected to bring about a lot of comfort and safety to not only the residents of Jabodetabek, but also foreign business people who come to Jakarta. The route passed by the MRT is a business area in Jakarta. Reduced congestion and easy use of public transportation will certainly create added-value to Jakarta as a favorite tourist destination. Moreover, the Hotel Indonesia Roundabout is close to many historical tourist destinations in Jakarta, such as museums, culinary tours and shopping tours. Hopefully, the expectation of becoming Jakarta as a business center and world tourism destination can be realized. As revealed in a written statement of the Ministry of Foreign Affairs that ANTARA received here on Monday, the business forum was a part of a series of events in the Indonesia-South Pacific Forum (ISPF).

Business representatives from Indonesia and 13 countries in the South Pacific attended the event  as active participants.

Although still non-traditional partners, some Indonesian companies have already entered the South Pacific region. Two of them are Audie Pacific Engineering with Yadua bay Resort and Treetop Villa Resort in Fiji, as well as Bariki Football Stadium in Kiribati.

At the business forum, Indonesian companies were invited to present their profiles, and some companies stated their interest to invest in and to cooperate with the South Pacific countries.

A discussion conducted during the ISPF business forum revealed the challenges that need to be addressed by Indonesia and the South Pacific countries to strengthen business relations, including low connectivity, high delivery fees, high import charges, and complicated procedures to get visas for foreign employees.

However, despite the challenges, the Indonesian government believes that the potential economic cooperation with the South Pacific countries is worth exploring.(ant)
Read full article
Home