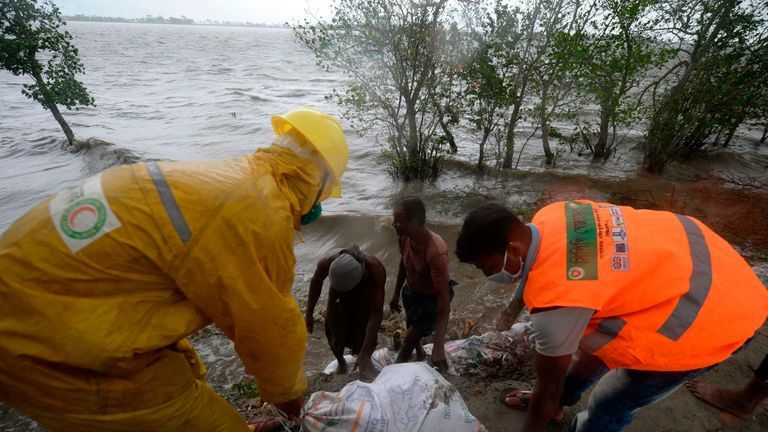 Millions of people battened down Wednesday as the strongest cyclone in decades slammed into Bangladesh and eastern India, killing at least three and leaving a trail of devastation. As quoted by AFP.com (20/5)  authorities scrambled to evacuate more than three million people from low-lying areas, but the task was complicated by the need to prevent the spread of coronavirus. As it made landfall, Cyclone Amphan tore through coastal villages, flattening mud houses, blowing off roofs, uprooting trees and laying waste to crop fields. In Bangladesh, officials confirmed three deaths including a five year-old boy and a 75-year-old man, both hit by falling trees, and a cyclone emergency volunteer who drowned. Two other fatalities were reported by Indian media, including an infant crushed when the mud wall of the family's hut collapsed in heavy rain in Odisha state//AFP

Brazil has seen a record number of coronavirus deaths as the pandemic that has swept across the world begins to hit Latin America with its full force. As quoted by AFP.com (20/5) after Asia, Europe and North America, Latin America has seen coronavirus infections surge in recent days and now accounts for about 580,000 of the world's nearly five million confirmed cases. Brazil has been hardest-hit in the region, rising to the third-highest number of cases in the world, as Peru, Mexico and Chile also see steady increases in infections. Health officials in Brazil reported 1,179 new coronavirus deaths on Tuesday, the first time the daily toll exceeded 1,000, but far-right President Jair Bolsonaro remains bitterly opposed to lockdowns, having described them as unnecessary over a "little flu". With the outbreak in the world's sixth-largest country expected to accelerate until early June, many Brazilians are deeply worried about the next few weeks//AFP 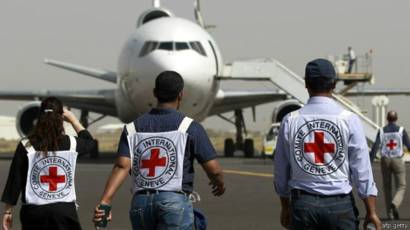 The International Committee of the Red Cross (ICRC) aims to raise $256 million to support the COVID-19 response in conflict zones across the world, but fears that much more funds will be needed to deal with the ramifications of the pandemic-induced crisis, the public relations adviser for the ICRC Asia-Pacific told Sputnik. Pawel Krzysiek said that the ICRC is appealing for 250 million Swiss francs (USD $256 million) to respond in places of conflict and violence, to support medical facilities and places of detention, curb the spread among and ensure medical access for displaced people and detainees, and to support National Red Cross and Red Crescent National Societies in their response. According to the official, the appeal has been positively received by governments, and many of them have approached the Red Cross or Red Crescent to offer support. Over 4.8 million people have been infected with the coronavirus worldwide. Of them, nearly 1.8 million have recovered, and more than 318,000 have died, Johns Hopkins University's data shows//sputnik

The 73rd World Health Assembly (WHA) has unanimously voted to adopt the resolution on improving access to test kits for the COVID-19 lung disease, as well as future vaccines and treatments, Keva Bain, the WHA president and the Bahamas' ambassador to Geneva, announced on Tuesday. The resolution put forward by the European Union also aims to launch a review of the experience and response to the COVID-19 pandemic, including the mechanisms at WHO's disposal, its actions and its contribution to the UN efforts. The evaluation will be followed by recommendations to improve global pandemic prevention, preparedness, and response capacity, including through strengthening, as appropriate, WHO’s Health Emergencies Programme//sputnik