North Korea quarantines foreigners in a bid to stop the coronavirus from breaking out. 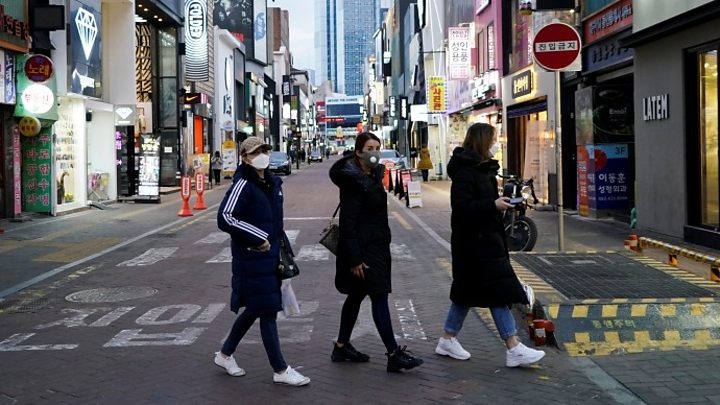 North Korea has quarantined 380 foreigners in a bid to stop the coronavirus from breaking out.The foreigners are mostly diplomats stationed in the capital Pyongyang, said news agency Yonhap, quoting the Korean Central Broadcasting Station. Around 200 foreigners had already been confined to their compounds for the past 30 days - but as that came to an end, the quarantine has been extended. There have not been any reported cases of Covid-19 in North Korea. It's not known how long the new quarantine for foreigners will last. North Korea has not confirmed any cases - but there are clearly fears of it spreading, as the country shares a border with China. All foreigners coming into the country must be quarantined for 30 days. North Korean authorities have also cancelled the annual Pyongyang marathon, which typically sees people from all over the world participating. Around 3,000 people in North Pyongan province, a north-western region bordering China, are also now under monitoring for reportedly showing suspected symptoms, said state media// (Voi.BBC)

More in this category: « Some Sports and Carnival Activities in Italy Suspended over Corona Virus Fears The US president Donald Trump begins his first official trip to India »
back to top
INTERNATIONAL NEWS