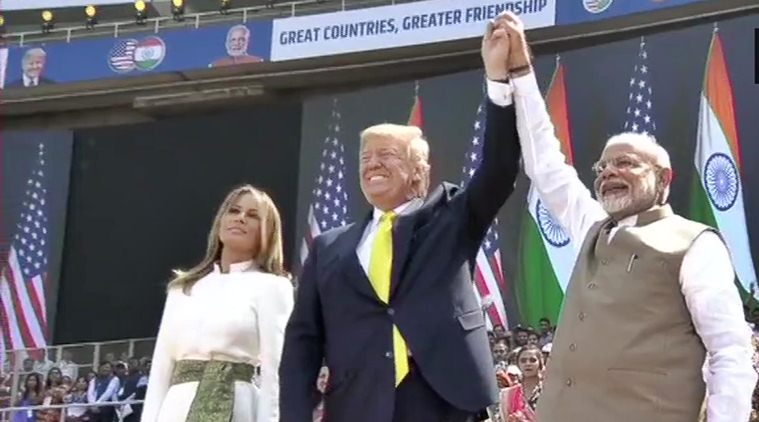 US President Donald Trump is due to begin his first official trip of India with a focus on deepening ties between the world's two largest democracies. Mr Trump will arrive in Gujarat, home state of India's Prime Minister Narendra Modi, where he is expected to address a rally at a cricket stadium. He will then travel to Agra to see the Taj Mahal, before arriving in the capital Delhi for talks with Mr Modi. Despite growing political and strategic ties, there's been tension over trade issues. In June 2019, the US ended preferential trade status for India, the largest beneficiary of the Generalized System of Preferences (GSP) - a scheme that allows some goods to enter the US duty-free. The two sides have also differed over price controls on medical equipment and India's new rules on data storage. The trade deal was likely to resolve some of these issues. But just days before the visit, Mr Trump announced that he was saving the big deal for later on. Reports say negotiations continued between the two sides until last week, but they were not able to reach a consensus on issues like the restoration of the GSP for Indian goods, and India agreeing to open some of its key markets for US goods//   (Voi.BBC)

More in this category: « North Korea quarantines foreigners in a bid to stop the coronavirus from breaking out. Malaysian Prime Minister Mahathir Mohamad Resign from his post »
back to top
INTERNATIONAL NEWS