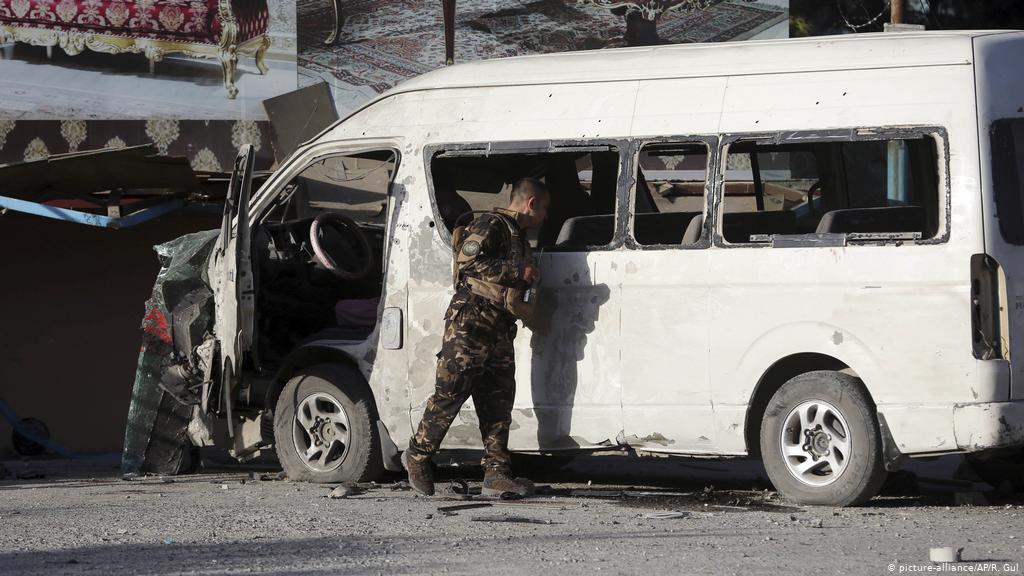 A roadside bomb killed a television journalist in Kabul on Saturday, soon after a top Afghan official appointed to lead peace talks with the Taliban, said his team was ready for the long-delayed dialogue. The blast, which targeted a minibus carrying 15 employees of private television channel Khurshid TV, was claimed by the Islamic State group, according to SITE Intelligence which monitors jihadist activity. The attack, which the government called "heinous", claimed the lives of a reporter and a driver, and punctuated an overall reduction in violence that has followed on from a three-day ceasefire the Taliban instigated May 24. Just hours before the blast, Afghanistan's former chief executive Abdullah Abdullah, who has been appointed to head talks with the Taliban, said his team was positioned to start dialogue. Abdullah credited the general lull in violence for setting the tone for discussions//AFP