China and India agree to reduce tensions after deadly clash 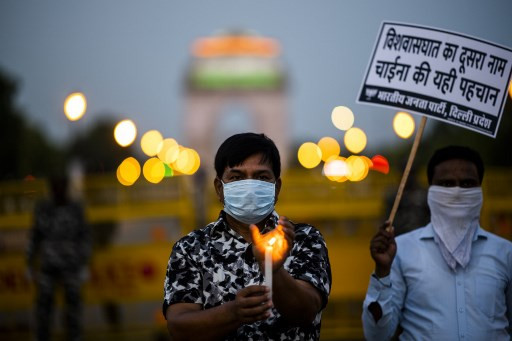 China and India have agreed to reduce tensions a week after clashes on their disputed Himalayan border left 20 Indian troops dead in brutal hand-to-hand fighting. The June 15 battle, reportedly fought with fists, clubs and rocks, was the first time troops have been killed on their border since 1975 and marked a major deterioration in ties between the two Asian giants. Spokesman of Chinese Foreign Ministry, Zhao Lijian said that after talks between the top regional military commanders on Monday (22/6), both sides agreed to take necessary measures to promote a cooling of the situation. The Press Trust of India reported that the meeting was between Lieutenant General Harinder Singh, commander of the 14 Corps, and Major General Liu Lin, commander of the Tibet Military District. Zhao told a regular news conference, the holding of this meeting shows that both sides want to deal with their disagreement, manage the situation and de-escalate the situation through dialogue and consultations//JP

More in this category: « PM Lee calls General Election 2020 Putin, on eve of vote that could extend his rule, to review Red Square military parade »
back to top
INTERNATIONAL NEWS