Responsibility of all Components of Indonesia

On Monday, September 11, 2017, Chairman of the MPR, Zulkifli Hasan conveyed the socialization of the Four Pillars before a thousand students at As-Salafie Boarding School in Babakan Ciwaringin, Cirebon Regency, West Java. On that occasion, Zulkifli Hasan reminded that Pancasila contains the noble values of the nation. He also urged people not to use Pancasila to justify and to divide the nation. Previously, to approximately one hundred Balikpapan University students, Zulkifli Hasan emphasized that respecting human values is part of Pancasila understanding. He also conveyed that one of the attitudes to care about human values is to stop violence. The socialization of the Four Pillars is also held before various groups and communities.

The socialization of the Four Pillars should not only be seen as a transfer of knowledge about Pancasila, the 1945 Constitution, the Unitary State of the Republic of Indonesia, and Bhinneka Tunggal Ika or Unity in Diversity motto. But the most important thing is to instill an understanding that will encourage every Indonesian citizen to practice the values of Pancasila in everyday life. If every Indonesian citizen has a deep understanding of Pancasila, it will be difficult to divide Indonesia.

Pancasila -the state ideology as a unifying nation, must be stronger embedded in the life of the Indonesian nation, especially when seeing the conditions occurring in fellow ASEAN member countries, Myanmar. The existence of the political and economic interests of a particular group, easily spark conflict there.

The socialization of the Four Pillars must continuously be implemented, due to the diverse population of Indonesia, in terms of ethnicity, religions, races, and groups, who have different cultures and traditions. Diversity and differences are complementary to each other.

The effort to socialize the Four Pillars is not only the responsibility of the People's Consultative Assembly, but it also needs the support of the people and government of Indonesia. So, the implementation of Pancasila values, and the implementation of the 1945 Constitution will strengthen the Unitary State of the Republic of Indonesia and will make all Indonesian people be able to coexist with the spirit of Bhinneka Tunggal Ika or Unity in Diversity. 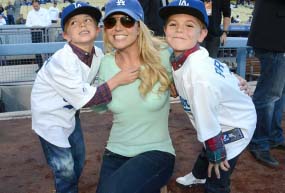